They claimed that it 'crossed a line'.

At the time of writing, 31-year-old Pewds has not yet responded to the move from the streaming giant, however it's only a matter of time before he has his say.

In a Tweet, a fan shared a screenshot showing that the song had been removed.

YouTube replied: "(1/2) Jumping in to clarify–this video was removed for violating two policies: 1) Child safety: images/themes for kids but containing inappropriate content 2) Harassment: by inciting harassment @ other creators, we allow criticism but this crossed the line. Details in image below. ‘(2/2) Also note: any reuploads of the original, including full length or partial reuploads, clips, etc will be removed too. Still images are ok. Also dropping the policy links below for reference."

TeamYouTube
@TeamYouTube
@ashtropie (1/2) Jumping in to clarifyâ€“this video was removed for violating two policies: 1) Child safety: images/themes for kids but containing inappropriate content 2) Harassment: by inciting harassment @ other creators, we allow criticism but this crossed the line. Details in image below 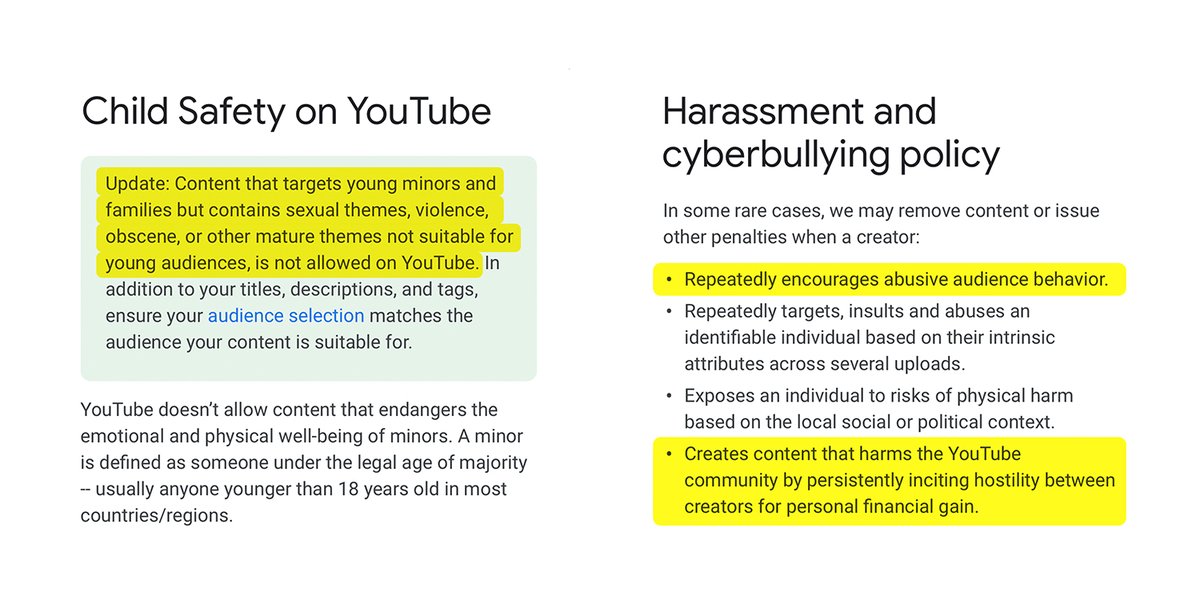 The song, as all fans will know, was not meant to be taken seriously. In fact, it appeared to mark the end of the ongoing joke between his own channel, and that of Cocomelon - a YouTube phenomenon that aims its content at children. As a result, they boast an eye-watering 105 million subscribers. PewDiePie's follower count is only marginally ahead, with 109 million.

In the diss track, Pewds sings lyrics in the style of a nursey rhyme, with highlights including: "F**k your daddy, f**k your mummy too. F**k everything you love, most of all f**k you.’ At another point, he says: "Spartan s**t, yeet a baby off a cliff. If they make it out alive, I’ll be their Make A Wish."

Other parts of the video take aim at Tekashi 6ix9ine, for no apparent reason whatsoever, which certainly added to the humour.

In a statement, YouTube said: "In December 2019, we updated our harassment policy to further protect the YouTube community. Our policies prohibit content that leads to repeated patterns of harassment on- and off-platform. Following a review, we’ve removed the video in question for violating those policies because they had the effect of encouraging abusive fan behaviour."