Could it finally be Echo?

Yesterday, a cryptic tweet the likes of the Sombra and the Sigma rollout dropped on Overwatch’s official Twitter account. Teasing the arrival of the long-awaited hero 32 which may or may not be Echo, the personal log of Dr. Mina Liao deals with the societal segregation of omnics in the Overwatch universe before the war erupted. 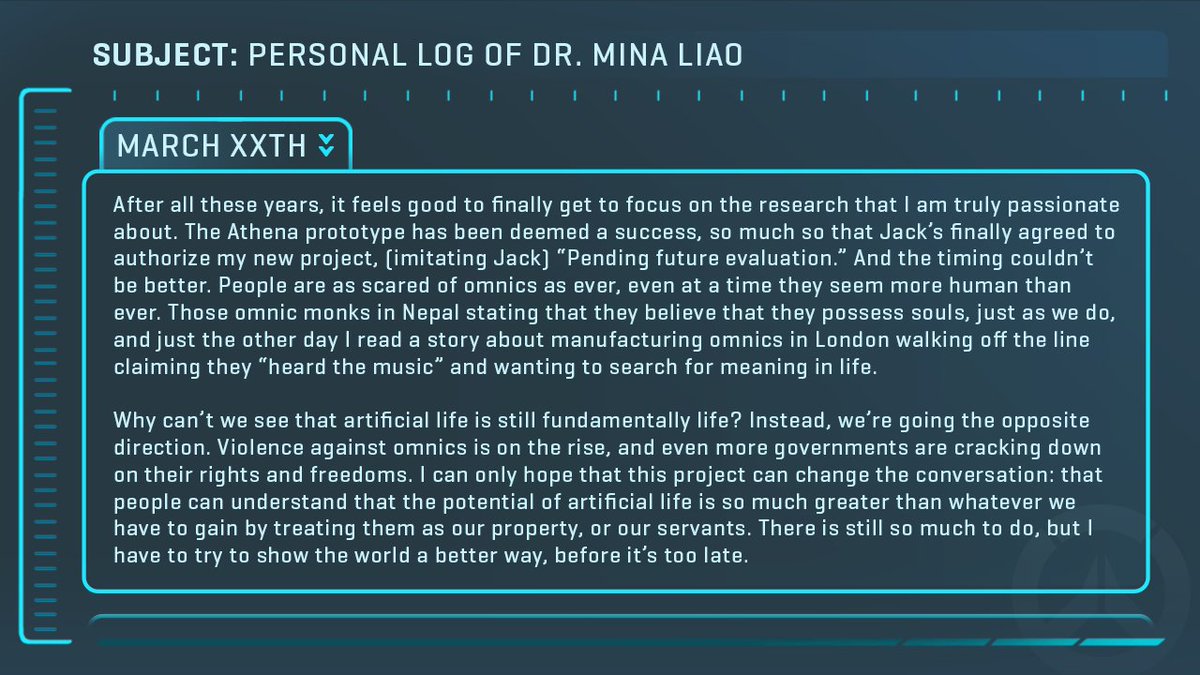 We’ve not previously been introduced to Dr.Liao and while her last name was brought up before, it’s unlikely to be the same person hinting towards a connection between what we thought to be a future hero and Dr.Liao as a sideline character. Advocating for omnic rights and disclosing that she’s likely either an omnic scientist or engineer, it makes sense to speculate that her message is somehow connected to the much-anticipated hero Echo. We received the first visual confirmation of them in the Overwatch 2 cinematic trailer in which they arrive just in time to turn the tides of battle.

An initial leak speculated that we will get additional information about the new hero to March 19th which we are a couple of days ahead of. However going by the recent rollout history of the two previous heroes Baptiste and Sigma, we at least got more teasers a day after the initial one. In Baptiste’s case, we found out about him in the same week while Sigma’s rollout was slower and accompanied by several hints to chew on. Between the long and arguably tedious rollout of Sombra and the short and sweet one of Baptiste, Sigma could’ve been the middling compromise between the two approaches which might have been the sweet spot that Blizzard was trying to find. If this was true, we’d likely see several more pieces of the puzzle dropped this week with a reveal expected in the next one. After the full reveal, heroes usually become playable shortly after.

It's increasingly likely that we will get to meet hero 32 either this or early next week. Whether or not Echo will be pushed back to be an Overwatch 2 hero or if she joins us soon remains to be seen. The world (and the game) could always use more heroes.

Update: Blizzard has given us two additional cryptic teasers. One of them is a sound clip which could be interpreted to be an escape of an omnic from Dr. Liao's lab. The second teaser entails a file called the "cargo manifest" with a picture of a what appears to be a capsule of some sort. You can find them below. 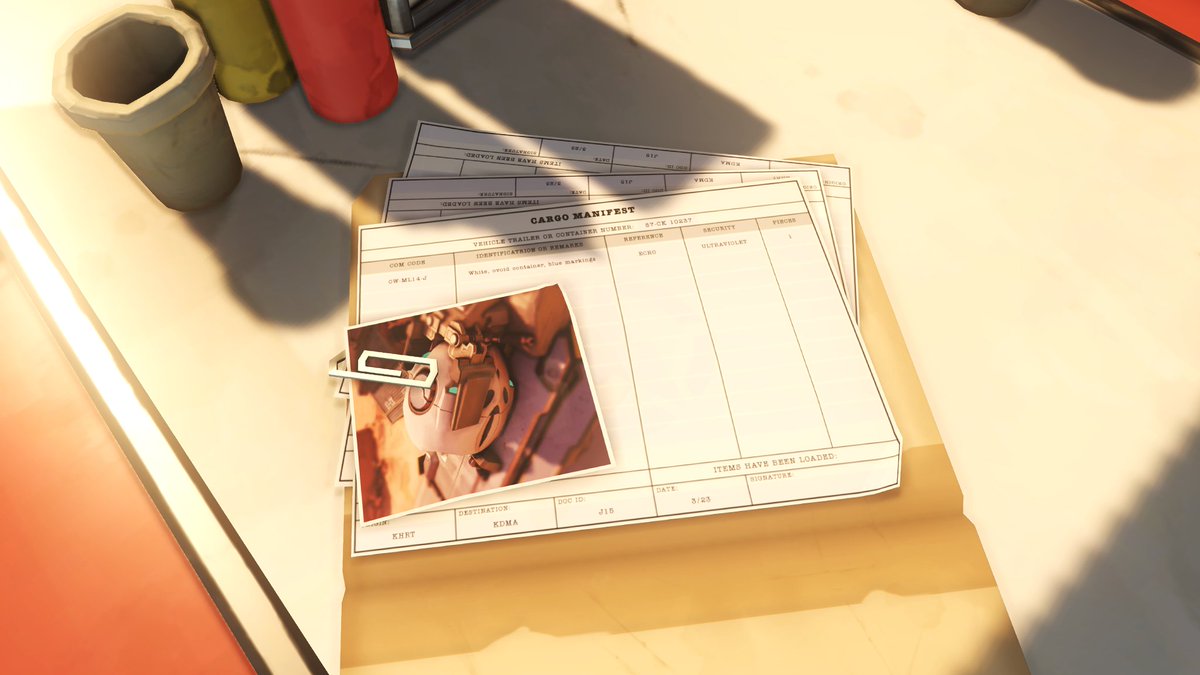