Professional Rocket League Championship Series (RLCS) player Mariano "SquishyMuffinz" Arruda was banned from Twitch for two hours and three minutes last night which has led to the content creator deleting years of VODs and clips from his page.

The former RLCS World Championship has just shy of 650,000 Twitch followers, but if you're to click on his channel as of right now, there isn't a single shred of evidence that he is one of the best Rocket League players to ever grace the game.

The ban, which spanned for just over two hours and sparked a "FreeSquishy" hashtag on Twitter, was as a result of the dreaded DMCA laws which have previously struck other Rocket League content creators such as G2 Athena.

What is DMCA and Why did they ban streamers?

The Digital Millenium Copyright Act (DMCA) 1998 was introduced to enforce copyright laws online in the United States. It's most commonly used to protect music and means that streamers should not be playing music without a licence, which can extend to playing TikTok videos out loud, watching Fortnite concerts or watching movie trailers.

The DMCA legislation can permanently ban streamers on platforms such as YouTube and Twitch should they be found to be playing unlicensed music whilst live or on pre-recorded videos. After a mass warning earlier in October, many streamers had received a warning, and DMCA went on a second purge, banning streamers such as SquishyMuffinz and his fellow NRG content creator Cody "Clix" Conrod.

The Twitch Partner quickly had the backing of the Rocket League community with his name trending through the FreeSquishy hashtag, but this was not the reason that he was unbanned. As he revealed on Twitter he seemingly had communication from Twitch themselves as he stated: "I gotta delete everything still VODs and clips probably gonna disable both as well". Twitch themselves order the bans and can then undo the action after communicating with the streamers. 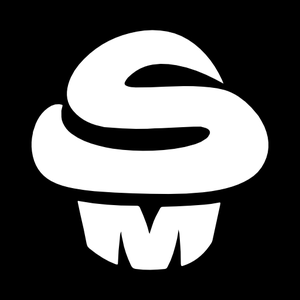 After two hours, SquishyMuffinz's channel was reinstated, however, years of content has now been removed. Following the hit from DMCA, the streamer will now have to kickstart his Twitch career and be extra careful as a third strike can see him permanently banned from the platform. Although, is that too much of a problem when you have over 1 million subscribers on YouTube too?