The Overwatch League Grand Finals broadcast worked with the realities of life in 2020.

All systems shut down, they had to land this plane by hand. With a firm grip on the yoke, the professionals involved in the Overwatch League (OWL) took on the task of putting this baby down safe and sound on the heated tarmac. Oxygen masks and life jackets coming down, there were moments where we braced for harsh impact. Given that everyone and everything is alive and well at the end of a strenuous third season of the Overwatch League is testament to a job well done. OWL gets to live another season with most of its professionals still around to tell the tale.

More than just a fight for survival, we got see innovation happen - some of it building on tried and tested concepts with a twist, others highly intriguing and original, but all of them with future potential. Culminating in the broadcast on Grand Finals day, we got to see products that build on the realities of life in 2020 and very likely 2021, perhaps leading us into a new future of esports broadcasting.

Overwatch League
@overwatchleague
Welcome to the virtual home of the Grand Finals 🏠
Starting tomorrow, the #OWL2020 season finale will unfold on this very stage!
Only on 🏆
339
2753

A stadium in the cloud

The day before the Grand Finals week on October 7, the Overwatch League announced the introduction of the “virtual home” of the broadcast with a sense of pride. Sure, some of us longingly looked at the stage that Riot Games had built at their League of Legends World Championship, but we understood that their scope is currently out of reach for our esport.

What’s more important than the actual execution of the idea is the premise. A virtual arena had been built, giving the broadcast the ability to implement faces into a shared space to move us closer together, even if just in the cloud. Certainly, it wasn’t like the real thing, but given that we are a gaming community with its members living large parts of their day on the internet where they found success, friendship and love, the idea slotted right in with our Gen Z and Millenial lived experience. Moreover, in a world that’s unlikely to open its doors in 2021, the idea felt future proof and with great upgrade potential for next season. 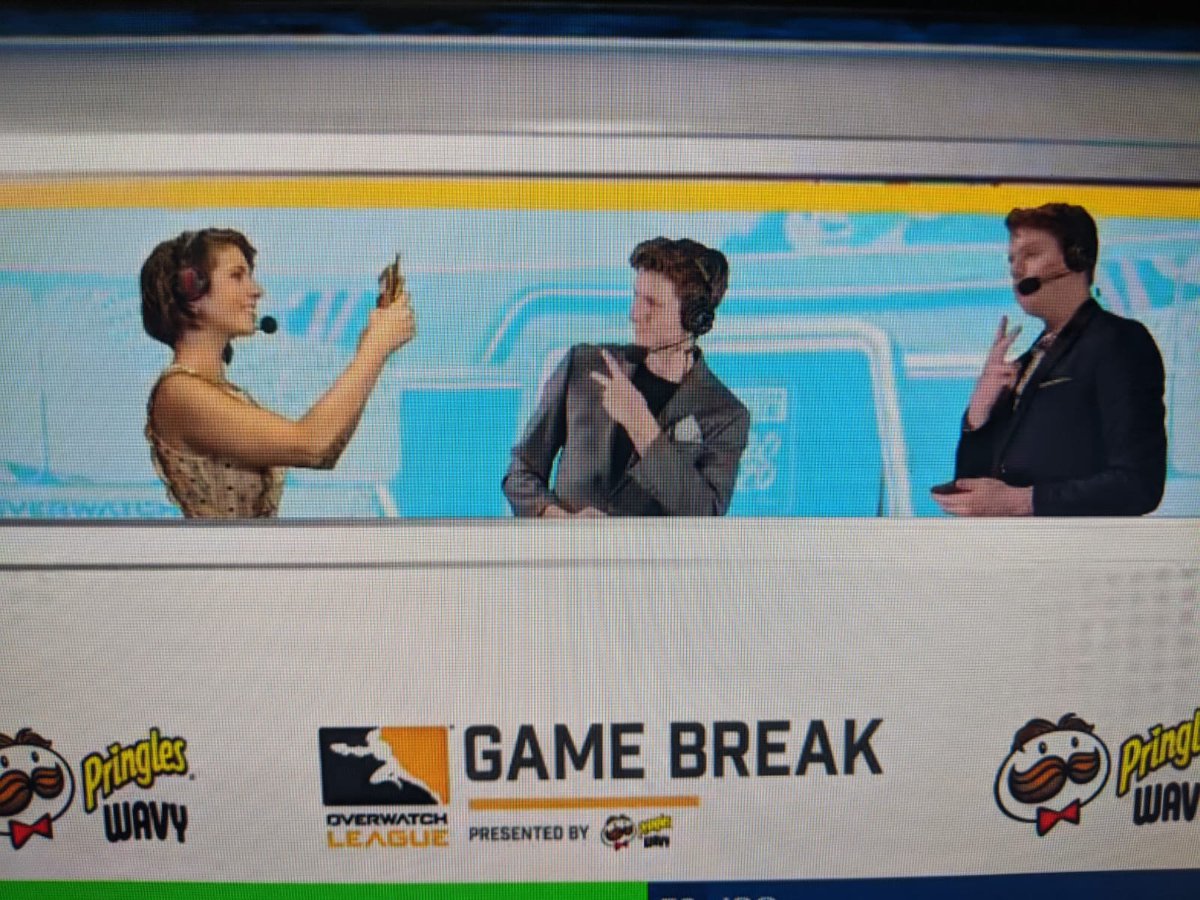 The virtual sky is the limit, with better cameras and greenscreens being the obvious first moves. Additional features such as showing the player’s faces during huge plays and the emotional impact it has on them could be next. Thinking far ahead in the future, we could be sitting in this arena in Virtual Reality, watching the action unfold with others around us. The premise is golden, the execution was as best as could reasonably be expected.

You’re allowed to have a dislike for this type of discourse, but the impact of Twitch Chat on the emotional landscape of those that accept it into their hearts is undeniable and the culture surrounding it is one of the major competitive advantages that Amazon’s streaming platform has on its competitors. When the chat explodes in PogChamps, I have feelings not totally unlike when I’m part of a crowd erupting in a stadium.

For YouTube, we have not yet figured out the symbols that transport excitement and ecstasy as a language community. YouTube needs to figure itself out, this isn’t Overwatch League’s battle. However, finding a substitute is worthwhile and so for a while now, the Overwatch League has been experimenting with various version of a cheering feature.

Initially tried with bits on Twitch, the idea naturally had to undergo changes with the departure from the platform. Over the span of this season, the Overwatch League implemented an overlay only accessible through their website which allowed fans to choose to click (or spam) one of three buttons, cheering or booing for either of the two teams facing off against each other or simply to clap in excitement.

During the Grand Finals, the production team tried even more approaches to tie the audience the feeling of a virtual arena, using a Twitter-based system for cheers based on fans using the hashtag.

Another method was tried allowing fans to activate their microphone and hear a selection of other fans in near-realtime which the League called “HearMeCheer”. Anecdotally, it felt like the crowd I was able to hear was not synced up on the action of the stream, unfortunately not producing bouts of cheers in great moments happening in the game and instead produced white noise akin to standing on a crowded market place. Thinking the concept through, the feature appears to have great potential once refined, allowing fans to auditively share a moment as if they were next to their fellow men in an arena, getting much closer to the essence of what a roaring arena is than Twitch chat ever could.

Without the limitations of having to be in a shared physical space, the barrier of entry to bringing the people the audience has an appetite for onto the screen is much smaller. Individuals with proven track records of vibing with the Overwatch audience like Connor "Avast" Prince, Sam "Samito" Dawahare, and Nathan “KarQ” Chan joined the broadcast from the safety of their home. Players with a showman-bend like Dusttin "Dogman" Bowerman and Nolan "Paintbrush" Edwards were also able to contribute to the broadcast.

Once again building on this premise of a virtual studio into 2021 and the future, there’s significantly less in the way of getting beloved characters like Chris "Puckett" Puckett and Alex "Goldenboy" Mendez back into the Overwatch League experience. Puckett, who had left the Overwatch League after season 2, stated in his departure announcement that his wife had gotten a job at the West coast, barring him from hosting events all around the globe. Given that Salome Soe Gschwind Penski managed to host this years finals from all the way over in Germany with great quality coming through her end, we can infer that being a coast away isn’t a prohibitive circumstance any longer.

Down the line, the guests the Overwatch League could attract and incorporate into their broadcast while the world is still closed down is once again incredibly scalable in the payoff of the feature. From musical acts to appearances of celebrities on the broadcast that tie into the Overwatch culture, the possibilities of making it happen with a virtual set up seem much more achievable.

Having moved the canvas into the virtual space and having invited more artists to paint with these tools, the Overwatch League could attract a new online-affine audience with a new-found appreciation for the esport, catching the quarantine induced updraft in its wings like other esports already did in 2020. Of course, this leaves Blizzard at a conceptual crossroad, having tried to attract fans willing to leave physical dollars at its homestands. Can the League make use of those fans and perhaps more importantly, will their franchise owners who bought in on the premise of localisation let them? Perhaps there is a middle way in metaphorically augmenting reality.