2021 could spell uncertainty for the Fusion, but they certainly are not chokers

The Philadelphia Fusion created a championship-winning roster for their 2020 attempt and for all intents and purposes, they performed admirably. Yes, they did fall short in their grand finals run. Not taking a single map is disappointing, to say the least, but would you consider that choking? On top of that, what does the potential roadmap say about the fourth season of the Overwatch League for Philadelphia? Some may call it cynical, some call it concern - but there are a lot of questions surrounding the Fusion after the finals.

Philadelphia Fusion
@Fusion
Our journey ends here. Fusion has had an INCREDIBLE season that we're endlessly proud of.
We would never be where we are without support from our fans. Thank you for cheering us on in good times and bad. We can't wait to show you an ever better Fusion next season. #PhillyPower 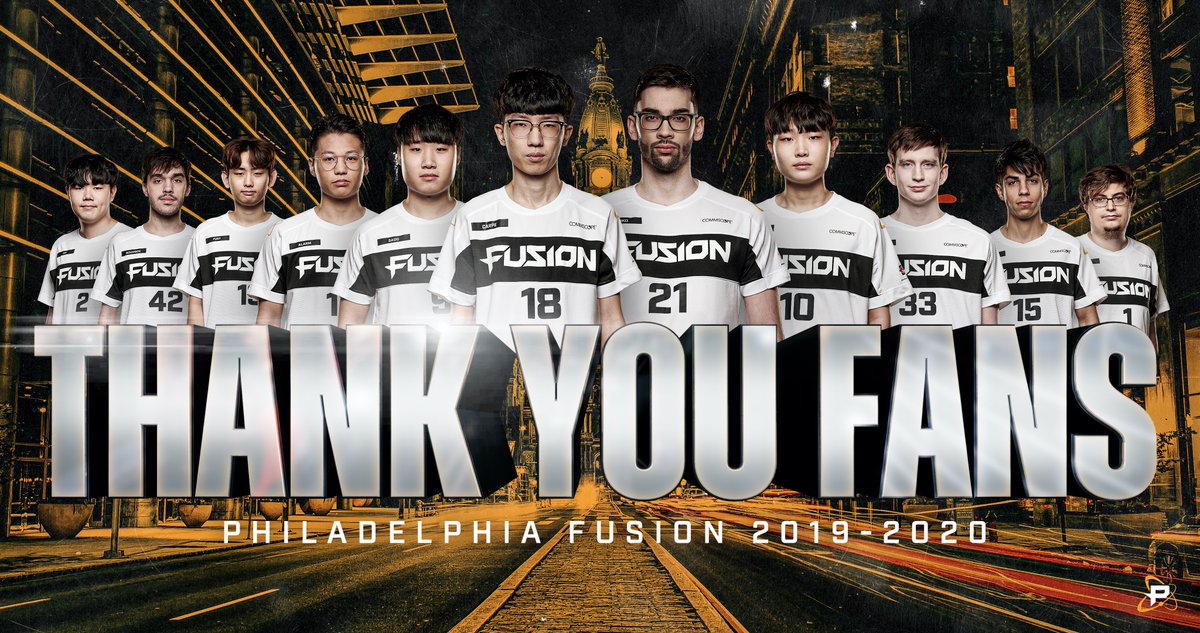 To start, let’s address the elephant in the room: no, the Philadelphia Fusion are not chokers. Have they had instances that you could consider underperformance? Undoubtedly, but to attempt to frame this as an ongoing problem with their mentality is laughable. The May Melee was a metagame that was not something they were prepared for, the Summer Showdown was one single team fight away from being theirs, and the Countdown Cup they had to fight the best team in Overwatch history. In each outing, it wasn’t a lack of confidence or belief in themselves that cost them the win.

Sure, going 0-6 in the 2020 Grand Finals isn’t great, we can all understand that, but just because a team or an individual has a poor performance or isn’t well-prepared doesn’t make their mentality weak or make them serial underperformers. Even if you want to look at the argument historically, the Fusion made the 2018 grand finals and upset the New York Excelsior, a team that was considered the favourites, to get there. If we want to go even farther, let’s go back and take a look at their upset victory in the Stage 2 semifinals against the London Spitfire, the team that aimed to defend their spot at the top after winning Stage 1. At nearly all points in their, albeit short, franchise history, the Fusion have been waffled from being a solid team to being a confident title contender.

Yes, 2019 was an underperformance - that is undeniable - but that’s exactly what it is, an underperformance, not a spontaneous lack of confidence that is the saps the team of their skill. Then we get to the 2020 season for the Fusion, and as a whole, it has been a success. To take this team, and try and pin them as chokers, is not only disingenuous but it’s also just flat out wrong. This begs the question; what is choking? The Cambridge Dictionary defines the term as “to fail to do something at a time when it is urgent, usually because you suddenly lose confidence.” In a vast majority of their upset losses, more apt pieces of evidence have been brought to the table as to why they lost.

The inaugural season grand finals were an impossible task. No one in the world, at that moment, was good enough to extinguish the kind of fire that the London Spitfire was playing with. In 2019, nearly all the teams were caught off guard with how stubborn the metagame was, this was the culprit that brought down team moral. The 2020 regular season saw the Fusion as the super team they were built to be, and yes, their grand finals performance was dysfunctional and sloppy, and at times they looked lost, but to measure their confidence is odd because their track record at every turn says otherwise. This felt much more like a preparation, or a stylistic slip up, rather than some underlying demon coming to curse the Fusion once again.

Overwatch is a hard game to understand, but we have to attempt to avoid these hip fire explanations as to why teams or individuals fail. As much as it stings to hear, maybe they just weren’t the best team on the day, or perhaps the style of the enemy team threw them for a loop - not every underperformance is a choke and a single choke shouldn’t classify them as chokers. That said, with how disappointing their performance was at the 2020 Grand Finals, morale could understandably be down, which could help explain any surprising roster movements in the coming weeks.

With a roster as deep in terms of talent, is there a world where the Fusion says goodbye to some names that have fought and bled for Philadelphia for a number of seasons? They’ve been fighting for a starting spot and for whatever reason just haven’t found the stage time they are looking for.

With that said, how does the Fusion upgrade this roster on paper? Sure, they could continue to spend money on building out their bench, which is important, but to make tangible improvements to their starting roster? It seems near impossible, or rather not cost-effective, to consider this as a viable path—at least not with the current landscape. Maybe you could argue to spend the money and add in a dedicated, world-class projectile DPS, however, Lee "Ivy" Seung-hyun has been a workhorse this season and Josh "Eqo" Corona nearly carried Philadelphia during the Summer Showdown, but is spending the capital that it would cost to get someone that could plug and play—and do it better than them? In the preseason we all billed this team as the closest thing we were going to see to a superteam, one that could have rivalled the 2019 defending champions. We saw glimpses of this all season long, rebuilding or attempting to recapture that is no small feat.

With all of this considered, I am concerned with the future of the Philadelphia Fusion, at the very least the immediate future. However, it is a cautious concern. Perhaps they land on their feet and take a step back in the offseason to reevaluate to take two steps forward. Perhaps they land the catalyst for their success, someone with the correct intangibles needed to realize the roster they have - because it certainly isn’t performance base with this team. Fingers crossed Philadelphia emerges from the offseason unscathed and still in world-class form because they are so close to landing their first major title it isn’t funny. A little patience and the allowance for the roster to have the room it needs to grow will unlock their potential.