Oh you covert Call of Duty: Warzone players are a sneaky lot. With the battle royale bloodbath continuing to be just as popular as ever, gamers are constantly unearthing new secrets hidden within Infinity Ward and Raven Software's Modern Warfare expansion. Now, fans have uncovered a way to infiltrate private lobbies and enjoy a whole new Warzone experience.

The idea of private lobbies have become a much asked for feature when it comes to Warzone, and by the looks of the latest leaks, they could be coming soon. While we jump back into Verdansk  - and Season 6's FOUR new maps - there's plenty of new Warzone content as Activision gears up for Call of Duty: Blacks Ops Cold War's release. Although the next title will unveil its own online multiplayer experience, the publisher is keen to keep Modern Warfare Warzone relevant. 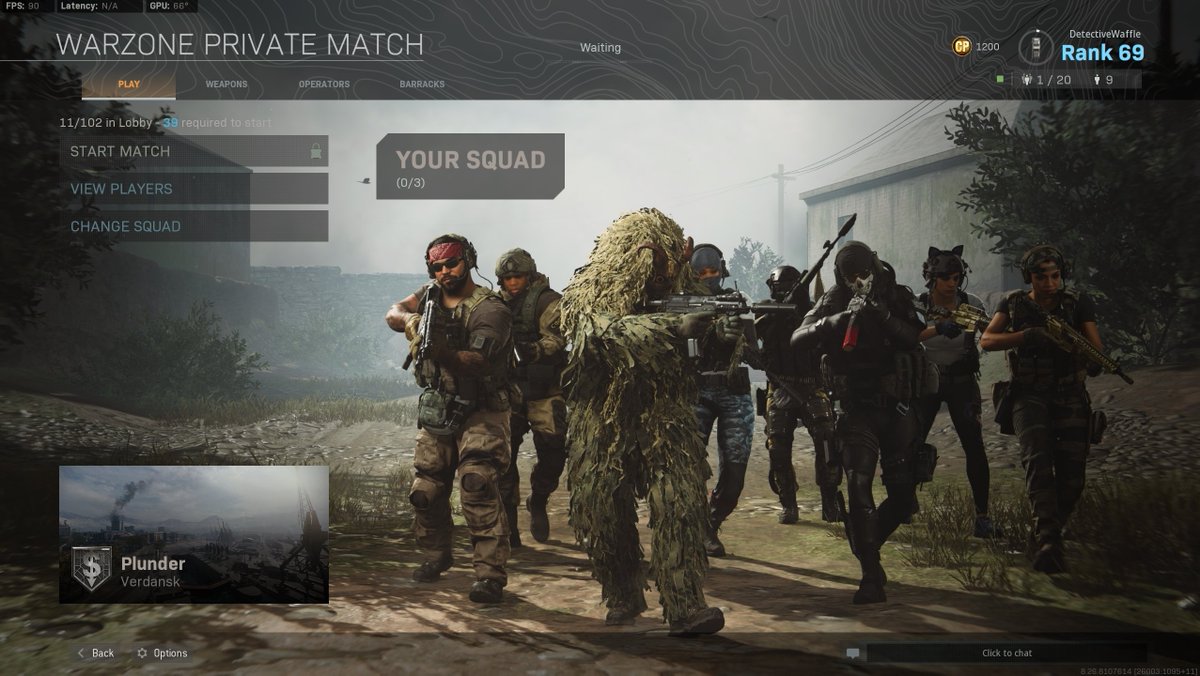 Posting on Twitter at least two players have managed to glitch themselves into private lobbies, and even managed to get a Call of Duty match off the ground. Twitter users @GlitchHunterz and @Waffle212121212 hosted the game with 24 players.

Rumours suggest that private lobbies will have features including the ability to select game mode, the number of lives given, health, the size of circle and its speed, and whether the likes of tactical sprinting and revives are enabled. Although private matches apparently won't include bots and you can't earn XP, you'll still be able to complete Easter eggs.

Given that the base Modern Warfare game has private lobbies, it's baffling that it's taken Warzone this long to catch up. Even though it's unclear how many players will fit into a private lobby, we already know Warzone's servers can hold up to 150 for a single match.

Custom lobbies offer a safe space for teams to explore and hunt for Easter eggs away from the threat of being blasted to kingdom come by competitive rivals. Still, it's all hearsay now and there's no confirmed release date if you believe the rumours. Bearing in mind Black Ops Cold War is just over a month away, a tie-in with the next franchise installment would make a lot of sense.