The new killstreaks come with a hefty price tag though.

Verdansk has finally been hit will a barrage of missiles. Although not in the way that you would have thought.

Coinciding with Black Ops Cold War Season 2 Reloaded, Raven Software rolled out a colossal update to Call of Duty: Warzone that has made some big waves, both figuratively and literally. Whilst keeping their patch notes to a bare minimum, the developers have slipped some major changes into the Killstreaks and Buy Stations, with the addition of the Zombie Machines being switched on.

Found in locations such as Train Station and TV Station, the Zombie Machines that previously hinted at a large nuke heading towards Verdansk following the undead outbreak. Now, it appears they act as a high-tier Buy Station, boasting some huge new killstreaks. 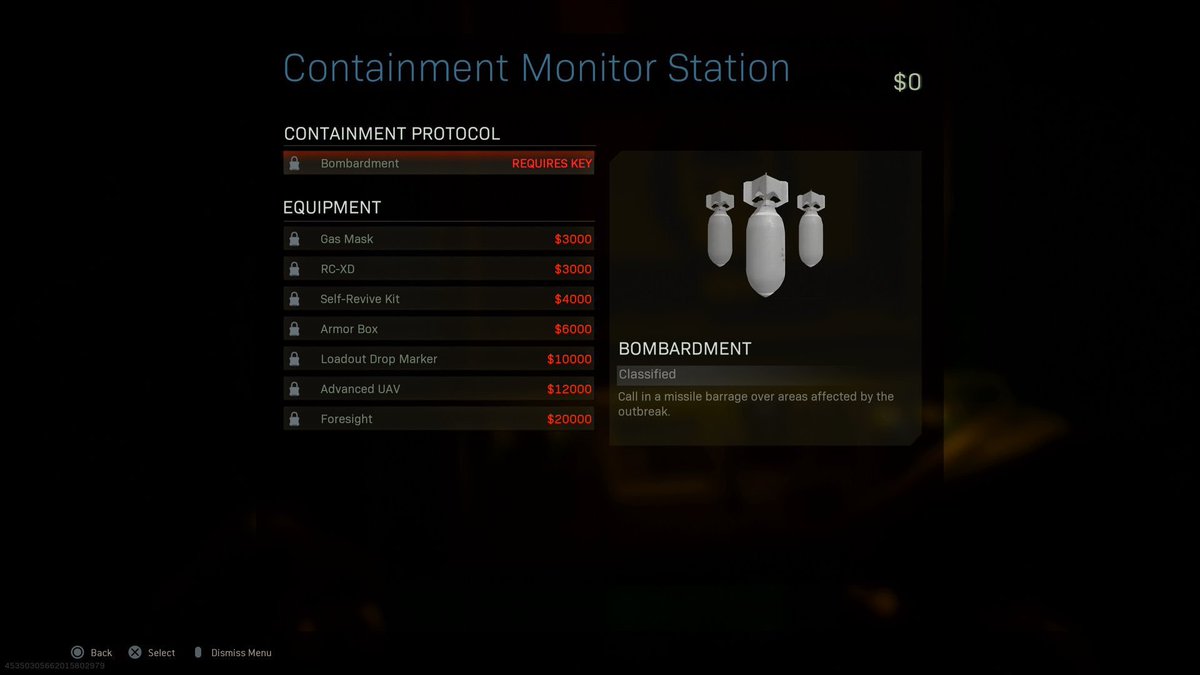 Call in a missile barrage over areas affected by the outbreak.

The new machines allow players to buy some hefty new killstreaks including a brand-new 'Bombardment'. Requiring a key, rather than a steep price, the killstreak rains atomic bombs on the areas of the map where the zombie outbreak has spread too. Lasting for approximately 30 seconds, the constant terror will force all parties into buildings unless they want to be met with a crushing fate. This is by far the most deadly killstreak ever added to Warzone.

Reveals the path of the storm, locating where the end game will occur.

Foresight is a new killstreak in terms of being able to physically buy it, although it has been achievable through Easter Eggs in previous updates. The killstreak reveals all of the storms next circles as if you have completed every possible Recon contract. Foresight is best used to locate where the end game will reside, allowing you to get the best position on the map.

The Zombie Machines also allow players to buy an RC-XD and an Advanced UAV. Similar to Foresight, these have both been achievable in the game prior but never been able to be purchased directly from a Buy Station.

The Advanced UAV costs $12,000, akin to three standard UAVs. Players previously would have had to buy three separate UAVs to pop this all-seeing killstreak, meaning that they would likely need to be stood at the Buy Stations to activate it. Now, the killstreak can be pocketed and activated when necessary.

Having made a brief appearance in an Easter Egg, the RC-XD is a cheap $3,000 killstreak that is familiar to all players. The remote-controlled car can now be bought from the Zombie Machines. A new twist to Wacky Races.

Alongside some slight nerfs to the AUG and changes to weapon attachments, Raven Software has hit this Warzone update with a bang.