In 2020, there were a lot of unexpected changes. From lockdowns to furlough to working from home, everything felt a lot more home-centric. Which could have had an effect on the amount we all spent on social media. Twitter has now revealed the most-Tweeted about esports personalities, and there are some big surprises on the list.

Rishi Chadha
@RdotChadha
CoD, CS:GO, & Fortnite dominated the most talked about esports athlete list this year. As we see more athletes build their following in other games (i.e. LoL), I expect this list to shake up a bit! 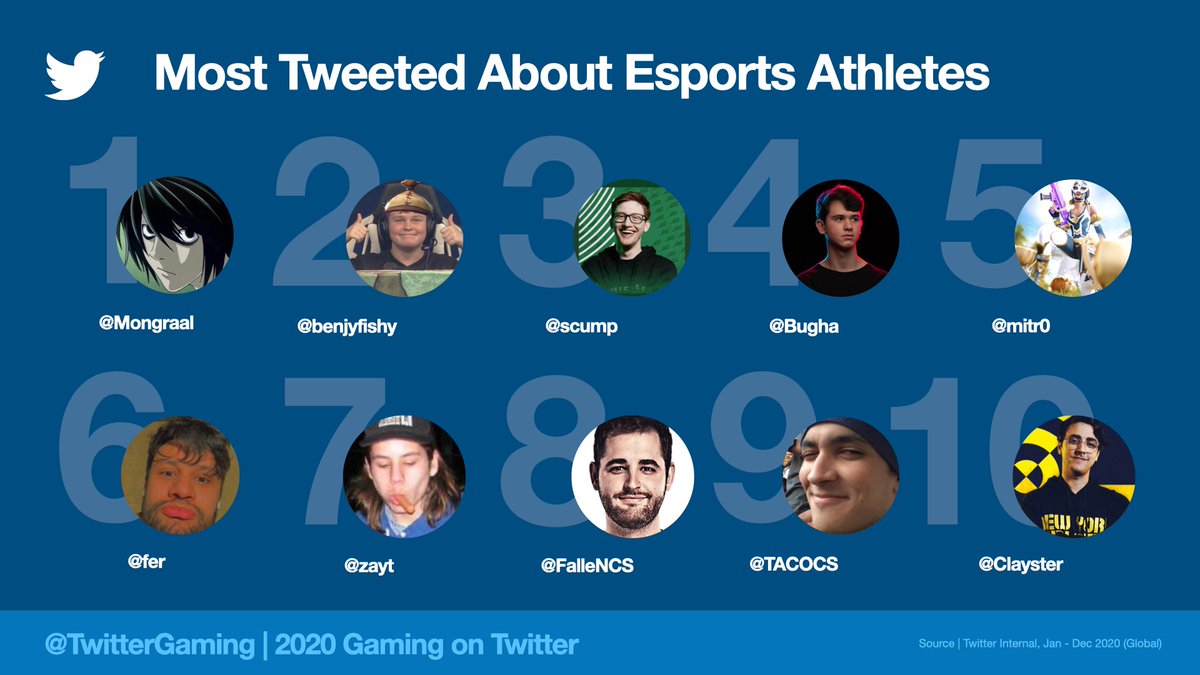 In terms of gaming personalities, Corpse Husband 'saw a 2,300% growth in following since the end of Sept, when he had less than 100K followers', said Twitter's Head of Gaming Content Partnerships, Rishi Chadha.

All in all, the above streamers have all done an incredible job in entertaining their fans in 2020. So much so, that they were Tweeted about an insane amount of times. Rishi added that there were over two billion gaming-related Tweets last year, which is a mind-boggling amount.

In a blog, Rishi said: "2020 was the year we were all at home. And the year where we all played video games more than ever before. For the first time ever, there were more than 2 BILLION Tweets about gaming throughout the year. This is up 75% from 2019, with a 49% increase in unique authors.

"Gaming fans around the world came to Twitter to talk about the biggest moments of the year and used Twitter as a place to connect with each other when many couldn’t connect in person."

In terms of esports specifically, he wrote: "From global championships to major announcements, Twitter continued to be the virtual esports bar in 2020. The esports conversation was up 14% compared to 2019."

League of Legends Worlds 2020 was the most Tweeted about event, closely followed by EVO Japan 2020 and CBLoL Split 2 Finals 2020.