After recently receiving a huge buff in the Experimental Card, the Overwatch Community has erupted, causing Blizzard to pull a U-turn and scrap the healer's improvements.

Just five days after experimenting the vastly improved changes to Moira, Blizzard has officially reversed the buff and returned her to her normal abilities.

The changes saw Moira's Damage Orb deal a colossus 150 damage per second, of which many players and fans deemed to be completely overpowered.

In addition to the Damage Orb, the healers Fade ability would cleanse teammates of all status effects and would also make them immune from all damage for up to one second. 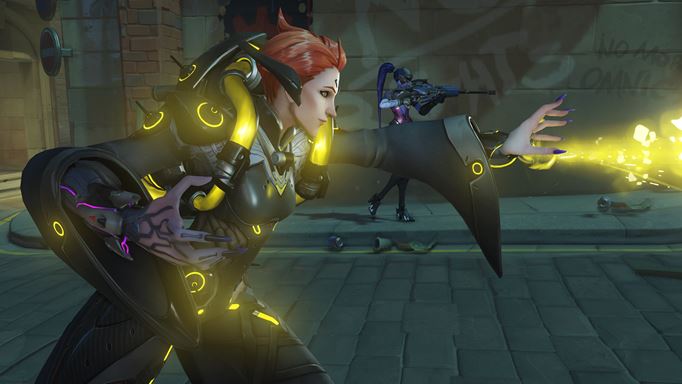 In a post on the Experimental Mode Recap forum, the community manager Molly Fender stated "For this test, it was important for the team to get feedback on the Fade ability test specifically – we wanted it to get used and feel powerful. Sometimes during earlier phases of development, it’s more helpful to test abilities at their extremes and fine-tune with balancing after.", before hinting at the fate of Moira in the future: "It’s likely that if we wanted to pursue the Fade ability change further we would adjust the ability’s cooldown or its interaction with other hero ultimate abilities".

Further on she summarises that they are planning on another Moira buff in the experimental mode in the future, but after much deliberation internally, testing her with different buffs to the Damage Orb and Fade ability.

In addition to the rejected buffing of Moira, the additions to Genji's power have also been reversed. Fender stated "We’re excited to see the hero getting more playtime, but some of the changes pushed his power-level a bit too far. The tested changes to Shuriken are aimed at re-balancing of his burst potential. We believe these changes are the right direction for Genji and we’ll be patching these changes into live game modes soon".

Heading into the 26th week of the Overwatch League, it is possible that we won't see a Moira buff for a considerable amount of time, meaning the likelihood is that many will continue to opt with Ana.