Naughty Dog's Neil Druckmann reveals why The Last of Us movie was axed and how the idea evolved into HBO's live-action series.

In a post-Game of Thrones world, it looks like HBO's next big hit could be the live-action adaptation of Naughty Dog's The Last of Us. Starring GoT alumni Bella Ramsey and Pedro Pascal in the leading roles of Ellie and Joel, The Last of Us has also employed more HBO talent thanks to Chernobyl's Craig Mazin signing on as showrunner. The road to Naughty Dog's survival horror making the jump from console to the small screen has been a long one, meaning some of you might be asking what happened to the planned The Last of Us movie.

While the first game came out in 2013, it wasn't until 2020 that The Last of Us Part II was released. In between, there's been plenty to talk about, including the much-hyped idea of a movie. Now, Naughty Dog boss Neil Druckmann has opened up about why The Last of Us movie was axed and why the franchise's future lies on television. Golf clubs at the ready.

Why was The Last of Us movie axed? 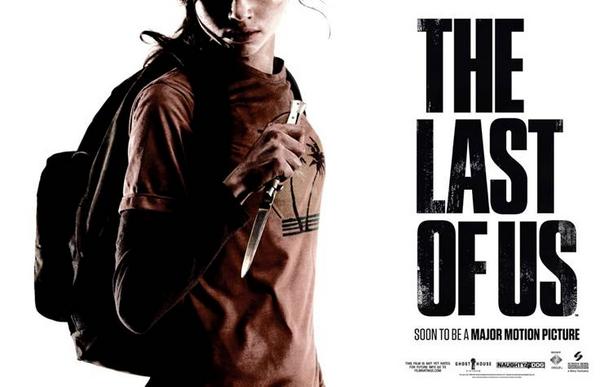 Speaking to the Script Apart podcast, Druckmann explained how the movie's ambitious action scenes ultimately led to its downfall. Discussing what went wrong, Druckmann admitted, "When I worked on the movie version, a lot of the thinking and notes were like ‘how do we make it bigger? How do we make the set pieces bigger?’” This sort of mantra jarred against Druckmann's vision, and he said, "It didn’t work for The Last of Us and I think that’s ultimately why the movie wasn’t made".

Zombie action scenes need to be handled carefully. The Last of Us as a game had plenty of action, however, it was the claustrophobic scenes where you were sent into crumbling buildings armed with limited ammo and a flashlight that really made the title stand out. Something like The Walking Dead has the right balance of human and zombie action, whereas the Milla Jovovich-led Resident Evil movie strayed into the ludicrous with their increasingly outlandish action scenes. By the sounds of it, Druckmann didn't want to compromise the tense legacy of the game.

Why was The Last of Us movie changed to a series?

Jaunty Wicked Sneer
@TrollanKojima
@Sgtzima What's the deal with trying to make video game movies serious? I could get Last of Us, but for god sake - Mortal Kombat? The holy trinity of "Childhood movies that I'm ashamed of and love equally" is MK, Street Fighter, and Super Mario.
0
4

A movie based on The Last of Us was first announced in 2014, with Resident Evil co-producer Screen Gems due to handle the live-action adaptation. Amazingly, Evil Dead and Spider-Man favourite Sam Raimi was signed on to work alongside Druckmann, meaning things were looking pretty strong. In 2015, Druckmann said he'd completed a second draft and had even done a read through with some actors, however, said he was struggling to fit 12 hours into just two. It's here that we imagine the first seeds of it being a show instead of a movie were planted.

Jump forward to 2021, and Druckmann seems pretty happy with HBO's idea for a show. Expanding on how it went from movie to show, Druckmann told Script Apart, "Our approach for The Last of Us was ‘Let’s make it as an indie film'. Let’s approach it as an indie film team, the way it’s shot, the way how small and intimate it feels. And with the show we get to lean into that even more because we don’t have to have as many action sequences as we do in the game".

He concluded, “In the game, there’s certain mechanics for pacing purposes. You have to engage those mechanics every once in a while, you need enough combat to train those mechanics. And you can throw all that out [for the TV show], because now we’re in a different medium. Let’s play to the strengths of this medium".

Just because we're getting a series now, it doesn't mean a The Last of Us movie is completely off the cards. Just like Andrew Lincoln is due to head up a trilogy of Rick Grimes movies as spinoffs to The Walking Dead, we could see Pascal and Ramsey take their characters to the silver screen. Who wouldn't want to see Part II's infamous golf club scene played out in IMAX? For the time being though, The Last of Us movie is just another "what if?" of horror properties that are resigned to the depths of development hell.