Yiska talks through the top 5 rookies coming into the OWL from Contenders!

Every offseason, teams reach for fresh talent from the Contenders scene to bring them up to the Overwatch League. Last year, eight Overwatch League rookies were playing in the Grand Final, though granted, especially the RunAway roster had a tenured career outside of the highest tier of Overwatch.

Mostly because of the age limit of having to be 18 by mid-June, promising players enter the market cyclically each year and the well of top tier talent never seems to run dry, increasingly so also outside of Contenders Korea.

Grabbing top tier talent to form a solid roster before the start of the season will arguably be much more important this season as visa acquisition will throw a wrench into the gears of any team that seeks to rebuild or even just fill their holes in the mid-season.

Given these circumstances, I focused on attributes in players that I think will be more important in season 3 given its changes to the competitive format, the travel schedule and the more frequent balance patches. Ultimately, this led to specialists being less desirable depending on the flexibility that I project their position to require.

Moreover, I disregarded birthdates entirely, though they are obviously not irrelevant to what a player may add to a team when he, like sp9rk1e, is only able to play starting June because of his birthday on May 31st.

With that framework in mind, I reached out to several Contenders coaches to inform the criteria I had set for this list. It resulted in the following. 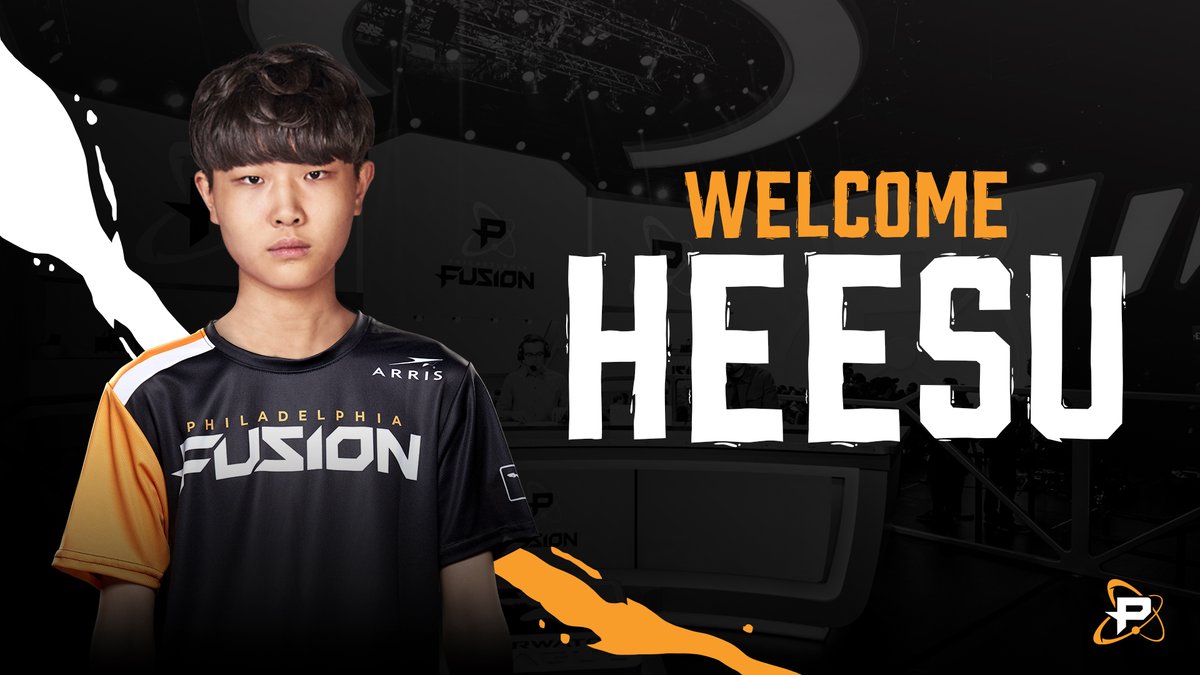 Heesu was one of the crown jewels of the much-acclaimed RunAway roster which dominated Contenders Korea for much of 2019. Showing multiple hard carry performances, Heesu got RunAway out of one or the other meta induced pinch.

Furthermore, it would be reductive to merely call him a hitscan DPS as he shown outstanding performances on both Zarya and Hanzo throughout the year and has been consistently serviceable on meta off-picks such as McCree, Widowmaker and Sombra. With a hero pool like that, Heesu should be considered meta resilient though it remains to be seen just how useful his flexibility is in a team of arguably three other DPS players around him.

The meta we’ll see in the first couple of weeks of Overwatch League season 3 is yet unknown but any double-hitscan composition (though granted quite unrealistic to happen) would very likely see Heesu in a starting position. It remains to be seen how Carpe has held up on his comfort picks after a season of metas that haven’t allowed the former MVP candidate to show his brilliance. In any Hanzo meta, Heesu could see serious playtime based on his raw skill, though intangible factors such as shot calling, chemistry and language barriers may lead to a different decision by Fusion’s coaching staff.

If Decay was the most hyped pick up of season 2, then it must be Sp9rk1e this season. The star player of the Pacific Showdown Gauntlet winning team has rightfully earned the respect of the community and if there was any assurance that the meta would continue as it did with such a heavy emphasis on Doomfist, I would’ve felt more confident in putting him higher. However, there have been periods in Sp9rk1e’s prodigious career in which his hero pool didn’t allow him to start and there have been even more situations where his mechanical prowess allowed him to play heroes that I argue he wouldn’t have been able to get away with for long in the upper echelons of competitive Overwatch. The mere fact that he can make it onto this list with his hero pool limitations should therefore speak for itself.

He’s likely a top 5 Doomfist player in the world, though unlikely to be better than either Haksal or Sinatraa. He has shown incredible Genji performances reaching back all the way to 2018. His Pharah at the Gauntlet was outstanding. And yet there are a large amount of easily identifiable metas, both played in scrims right now and in the history of Overwatch, in which none of those heroes played a role. This is not to say that Sp9rk1e is proven to be unable to grind into a projectile hero and become world class at it if it was required of him. The question mark remains. Rest assured, as soon as he’s of age, he should be a permanent starter for Paris Eternal though his star power might shine less bright in a team that could be considered bottom tier by the time he joins them in the competition.

Atlanta Reign
@ATLReign
It's time to spread your wings and fly your way to Atlanta.
Welcome to the team, @Thee_Hawk
🗣️CAH-CAW🗣️
138
1297

Hawk is one of the few promoted academy players this season and as such, the Reign should have the full picture in what they have in him. Coming of an impressive performance at the Gauntlet, he was part of Atlanta Academy – a team that is said to have stood its ground against most of the Overwatch League teams in scrims.

The most exciting part about his career is his trajectory and his growth as a player that can be clearly traced back to joining with Atlanta, getting both an upgrade in teammates and coaching attention. In this new environment, Hawk has become rock solid and an anchor for his team. Barely ever does he have a bad map and his average level is clearly deserving of Overwatch League. From D.Va to Sigma to Wreckingball and even Reinhardt, Hawk’s hero pool is wide and shouldn’t cause any issues. Barring a Roadhog meta, he should likely be starting ahead of frd. Especially on Wreckingball, we could see him become one of the most clutch players on the hero.

For a long time, he was the final boss of North American Contenders, turning dozens of seemingly unwinnable fights for Fusion University. Much of FUni’s game 5 consistency can be attributed to Alarm’s unwavering clutchness.

Star players want their teammates to be outstanding as well, so they can reach together for the trophy. Alarm agreeing to play for the Fusion in 2020 was a serious attraction for talent and a confidence boost to re-sign for former members and therefore has helped his team to arguably form a new super team.

The flex support position is currently limited to three heroes, of which only really two are mechanically demanding. Alarm has shown himself to be a coachable player and should not have issues to adapting to Moira either. The relative strength of the flex support position took a hit in GOATs and the role became less important than it was in season 1. However, there is reason to believe that the position might soon gain importance and when the skill difference of your flex support starts substantially mattering again, Alarm is the best rookie to slot into that position.

Alarm barely missed the age cutoff last season and therefore is eligible from the start. He’s proven to work in hybrid rosters and is said to be a good teammate. There is little doubt in my mind that he will be a permanent starter, given that he looks like an obvious upgrade over Boombox.

There is a bloodline with a rich history in Korean Overwatch. Every generation has had at least one player who doesn’t seem to care what kinds of tools he uses to impose and overwhelm his opponent. Not everyone managed to actualize that potential when they arrived in Overwatch League, but some did impressively so. Is there an heir to Profit?

Glister is a mechanical nutcase with ungodly reflexes and aim the likes we’ve rarely ever seen. Flash banging Sombras out of ultimate 180°? Double headshotting them before they hit the ground when Flash Bang is on cooldown? Still an incredible Doomfist and Parah? Glister has got it all.

It is all the more a shame that Gen.G decided against promoting Glister to their main team to play alongside Profit, as it seemed they could’ve flexed around each other in similar ways that Birdring and Profit used to in their successful campaign in season 1, only that Glister is packed with arguably more talent than the Gladiator.

London Spitfire is an exciting ensemble of rookies and as of now, Glister is one of two DPS players next to Schwi, at least for the moment assuring him a starting spot. Theoretically speaking even if the Spitfire was to make more moves, there are very few players London Spitfire could acquire that would ever take the starting spot from Glister. How we will look on Glister will likely also largely depend on the support he can count on and a lot of experts aren’t high on Spitfire as a whole. Can he deadlift?