Nightdive Studios' long-awaited System Shock remake is now available to play, as the developer shows off the game's free demo.

Get ready for a "shock" to the system, as Nightdive Studios has just unveiled the playable demo for its long-awaited System Shock remake. Setting the standard for everything from Dead Space to BioShock, System Shock has shed its cult status to become one of the defining game's in sci-fi survival horror. While the first game came out all the way back in 1994, Nightdive's labour of love remastering finally gives the beloved title a next-gen facelift.

While Nightdive has kept players in the loop when it comes to development, some of us never thought we'd see the troubled title get its remaster. Following a successful Kickstarter campaign, System Shock was first tipped as a reboot and was eventually reworked as a remaster. Nightdive even went as far as scrapping the work it had already done to start again in 2018, meaning the development process has been an ordeal in itself. As well as finally unveiling a release window, the devs have given us all a treat with a playable System Shock remake demo. Better yet, it's completely free.

What is the System Shock demo? 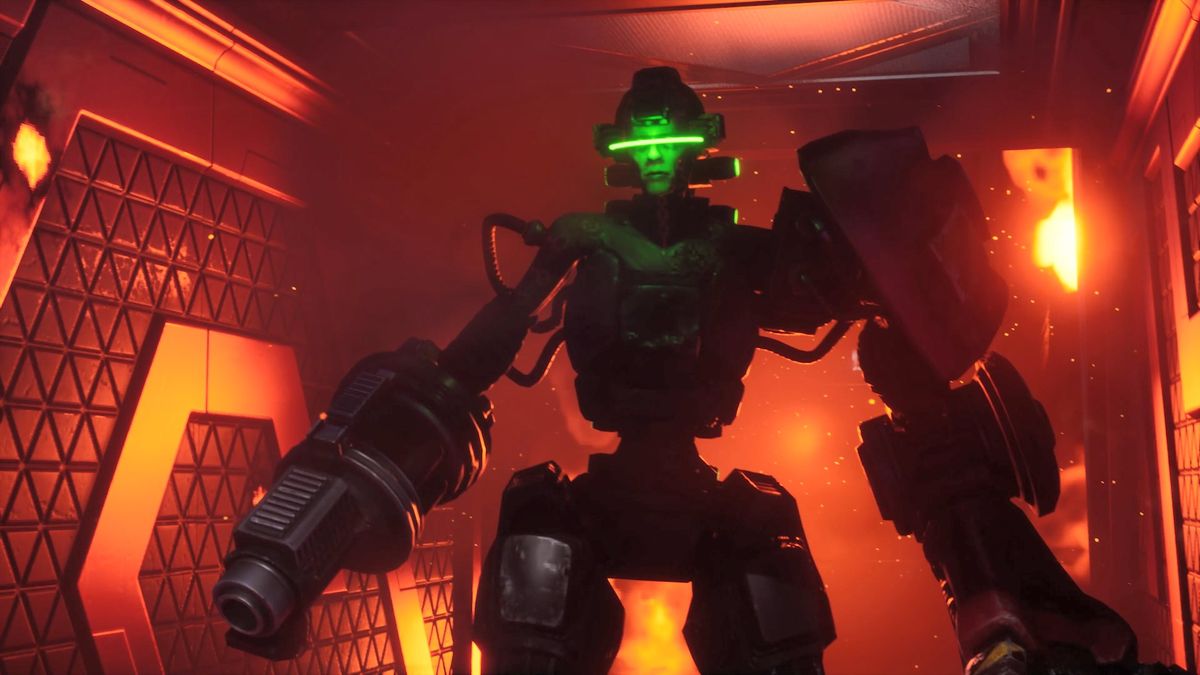 If you're new to System Shock, the premise of LookingGlass Technologies' original tasked gamers with playing as an unnamed hacker who has to make their way through a monster-filled space station. Set in the year 2072, you had to use your wits to navigate the echoing corridors, fight off nasties, and deal with a psychotic AI known as SHODAN. It was a truly terrifying experience, and back in the day, was praised for its use of 3D graphics. System Shock was a hit, rightly led to a 1997 sequel, and earned the first game a place in the history books.

According to PC Gamer, System Shock is touting a summer release date, with pre-orders currently live. Better yet, you can play the game's demo for free by downloading it from the Epic Games Store, Steam, and GOG. Unfortunately, the demo is only available for PC players. If you pre-order the remake, you'll also get access to the upcoming System Shock 2: Enhanced Edition, so not bad for a respectable price of £31.99/$44.95.

Being thrown into Citadel Station for another nightmarish experience, there's a sense of familiarity but plenty of new features to keep you hooked up to the mainframe. Alongside HD visuals and re-recorded audio, Nightdive has added updated controls, improved hacking, dynamic music, enemy and weapon rebalancing, and real-time lighting. To be honest, we're most intrigued by the new dismemberment system. If this wasn't enough, Nightdive has given Citadel Station a hefty expansion with new areas, traps, and puzzles.

What comes after the System Shock remake demo?

If console players feel a little left out, we're promised a console demo will be available later this year. Finally, the demo is also coming to Amazon's Luna in the summer. All in all, it looks like the wait has been worth it with System Shock. Back in the day (and even since), some have dubbed it the most terrifying first-person game they've ever played, meaning we can't wait to see how System Shock stands up to the competition. We've got another big first-person horror launching in 2021 thanks to Resident Evil Village, so horror hounds are in luck this year.

A System Shock remake demo was made available for just 48 hours during the 2019 Game Awards, however, Nightdive Studios CEO Stephen Kick has said this new version will show off a "feature-complete version of the game". We've previously been able to enjoy the System Shock: Enhanced Edition - which still plays pretty well on modern systems - but the remake is a whole different ballgame.