Twitter beef, YouTube controversy, and a smattering of dope clips for our last weekly wrap-up of the year.

It’s Friday, and you know what that means: it’s time for our next Super Smash Bros. wrap-up! Tune in every week for a quick-and-dirty recap of all the news worth knowing in the competitive Smash scene.

It’s been a relatively quiet week for Smash, with most top players hunkering down for the year-end break. There aren’t any large events remaining in 2019, so the majority of this week’s news comes in the form of juicy Twitter drama.

Zain “Zain” Naghmi and Shephard “Fiction” Lima have played three entertaining sets this year, including a five-game thriller at GENESIS 6. But their most recent battle was a 3-0 in Zain’s favor, and Fiction has clearly been mulling over the loss. His ire came out in a tweet blaming the poor result on Zain’s ability to practice with multiple high-level Fox players.

Fiction
@FictionIRL
Its not fair that Zain gets to practice vs good foxes daily and I haven't played a single decent marth since big house when I played Zain. I just feel like its impossible to keep up without any practice at all. Not sure what to do about it
8
366

Zain quickly fired back with a riposte of his own, setting off a series of increasingly salty Twitter exchanges.

Thanks to this newly-invigorated beef, the next set between Zain and Fiction is sure to be a spicy one.

On December 10, Calvin “GimR” Lofton sent Smash Twitter into a frenzy by teasing his discovery of a purportedly game-breaking piece of Smash Ultimate tech.

Andrew Nestico 🐼🌎📊
@PracticalTAS
An actual masterclass on how to market a video, in 4 screenshots: 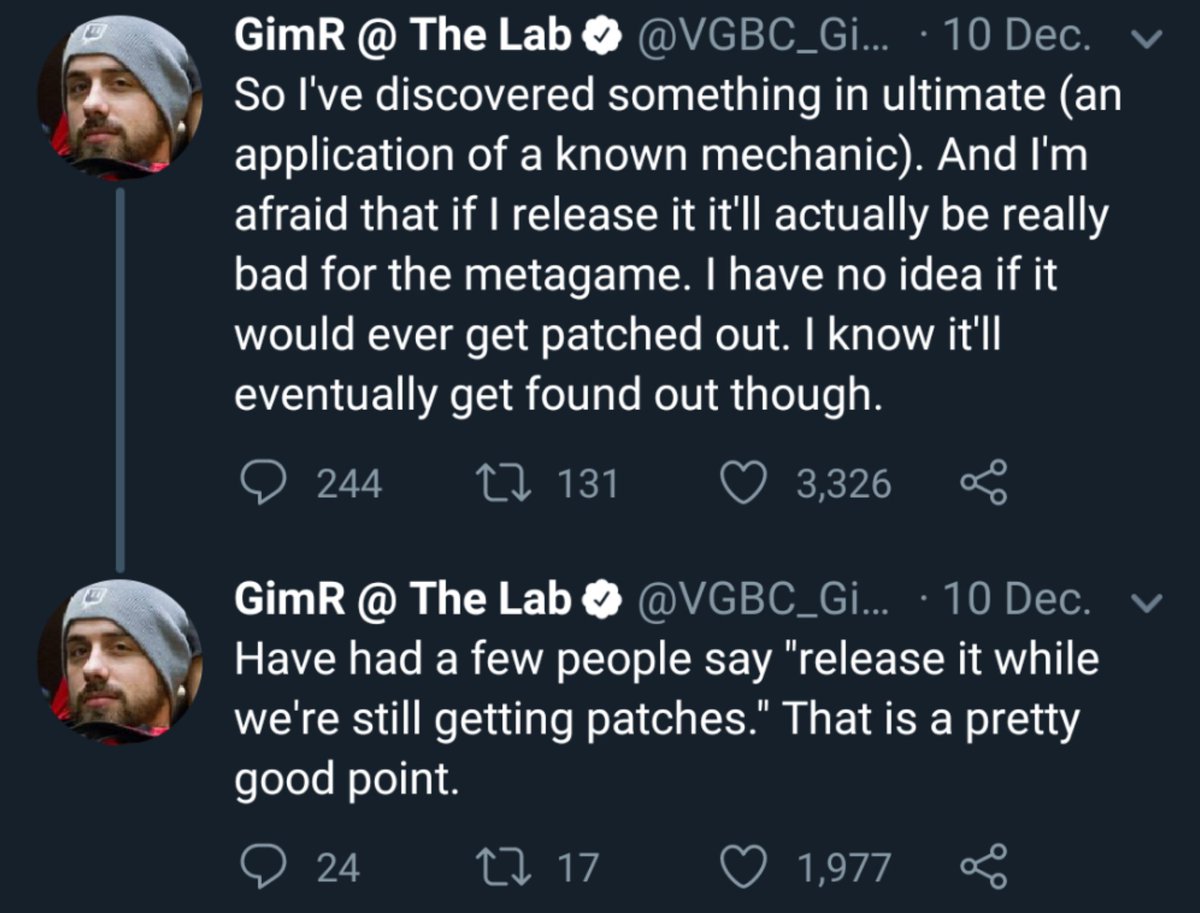 Well, that video came out on Wednesday, and GimR’s prediction may have been correct. In a nutshell, the video instructs viewers about the many uses of buffered phantom footstool jumps, which can help players evade sharking opponents after they’ve burned their double jump—and sometimes set up unique edge-guard situations.

Still, not everyone was convinced. After the video specifically pointed out the usefulness of the tech in the Mario match-up, Mario mains came out of the woodwork to point out potential counterplay.

❄️☃️🎄JollyWizzy🎄☃️❄️
@Dark_Wizzy_
No to all 17 people that have @‘d me asking does this footstool thing hurt Mario, this has been a thing for a while and its not that concerning or meta changing i dont think. I will still be up smashing my way into top 8s at majors
11
356

But other top players were quick to rebut these counterarguments, and the debate over the usefulness of GimR’s buffered double jump tech probably won’t be settled until we see it used in top-level tournament play. 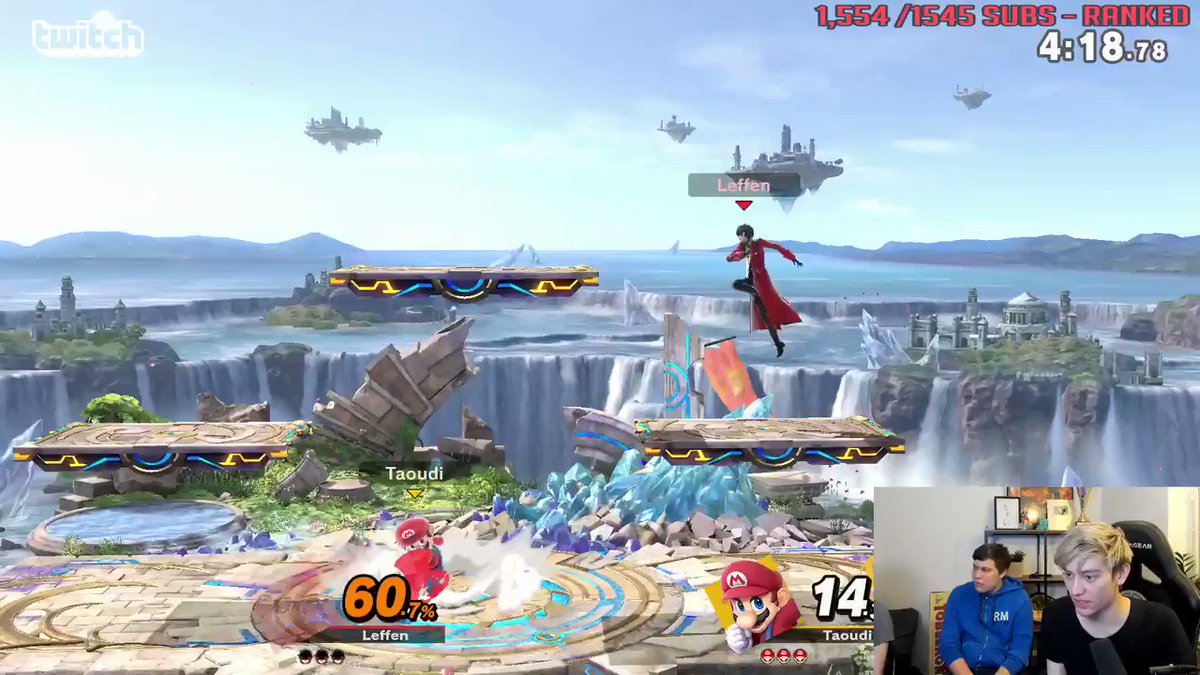 Duck
@ssbDuck
Are people being purposefully obtuse about the new ultimate tech?
It's not about using your double jump on purpose to force this, it's about in the very common situation where you are getting sharked after burning double jump you now have another possible escape option
161
2389

The latest controversy to hit the Smash community was sparked by a video published on Wednesday by Gonzalo “ZeRo” Barrios. The thumbnail of the video seemed to imply that Leffen had been involved in criminal activity in the past, although the video itself clarified that the headline in the thumbnail referred to Bronson “DaShizWiz” Layton. 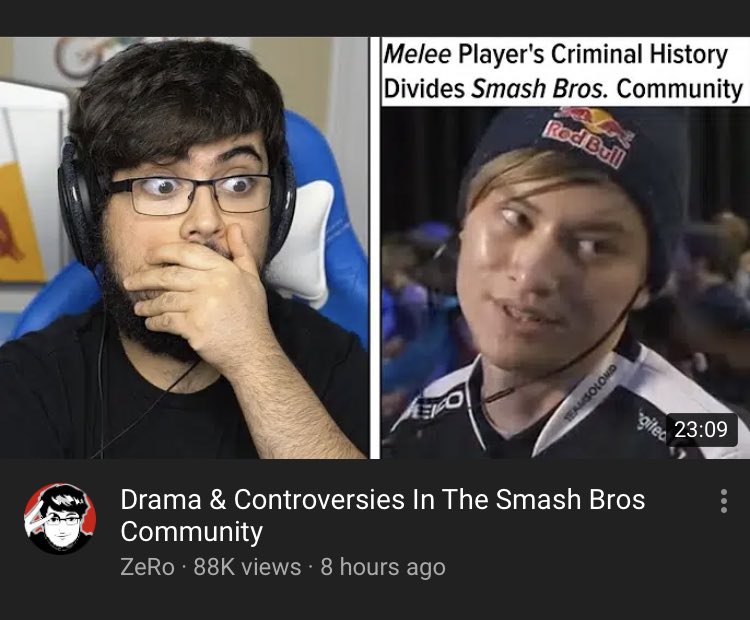 After a brief attempt to defend the thumbnail, ZeRo caved to community pressure and changed the video’s thumbnail to one referring to an incident involving Tyler “Marss” Martins earlier this year.

Tempo ZeRo
@zerowondering
Heard you guys loud and clear, I changed the thumbnail (both text and picture) for today's video
I'm sorry, it was my mistake @TSM_Leffen . I also don't want people to blame my editor or my team behind it, I was the one who actually made it, so you can blame me personally for it
88
4705

There was only one roster change this week: Lukas “Lucky” Cichon (the German Smash Ultimate player, not to be confused with Californian Melee veteran Joey “Lucky” Aldama) signed with TKA E-Sports on Sunday.