As Covid-19 continues to wreak havoc on the Smash scene, we take a look back at what might be the last big tournament for a long time.

Welcome to the thirteenth edition of GGRecon’s weekly Super Smash Bros. breakdown! Tune in every Friday for a quick-and-dirty recap of all the news worth knowing in the competitive Smash scene.

Last weekend featured a tournament that may end up being the last large-scale in-person competitive Smash event for a long time, due to concerns over the spread of Covid-19: CEO Dreamland. Located in Orlando, CEO Dreamland was the latest iteration of FGC tournament organizer Alex Jebailey’s Smash-specific tournament series. It was originally slated to be the first gold-tier event in this year’s Smash World Tour, but this status was revoked as a result of the spreading Covid-19 pandemic.

Alex Jebailey smash.gg/ceodreamland
@Jebailey
In Eleven years of event hosting I've never had to do this.
Since everything for #CEODreamland was ordered to make the event great already before a ton of COVID-19 refunds started to come in.
We've set up to help support CEO this year if you wish to.
1986
4421

Acknowledging the public health risks, Jebailey promised to refund the entry fees of all registrants who felt unsafe attending the tournament. To counterbalance the resulting debt, the TO opened a public fundraiser allowing viewers across the country to support CEO Dreamland.

When the dust settled, it was Juan “Hungrybox” DeBiedma who lifted the trophy for Melee singles, with Ezra “Samsora” Morris taking first prize in the event’s Smash Ultimate bracket.

hungrybox
@LiquidHbox
I am your CEO Dreamland 2020 Champ! 🏆💫🌟
But honestly, I wanted to dedicate this victory to @Jebailey, tasked with running a tournament under some of the most difficult circumstances. Smash will always appreciate you, Alex.
Let's all stay safe, so we can have esports back! 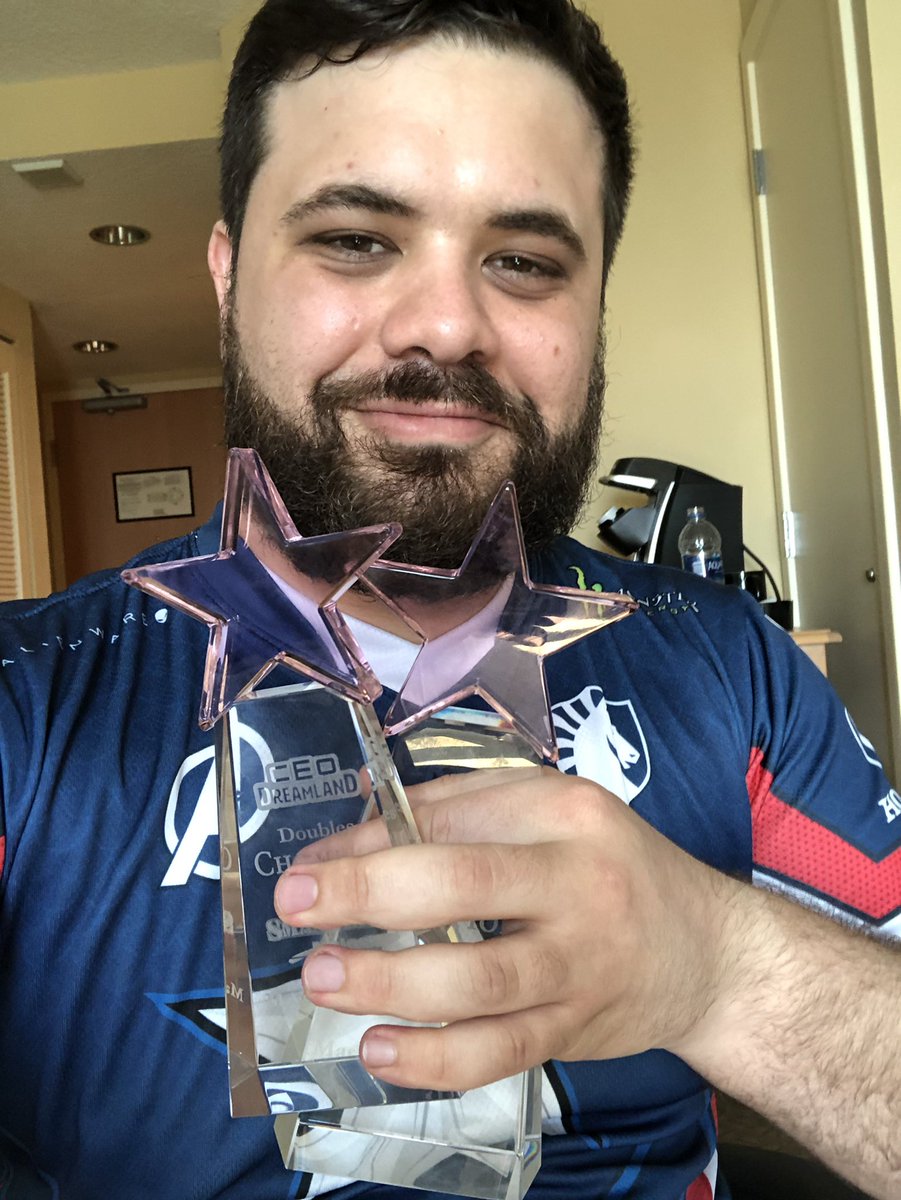 Hungrybox’s victory was, for many, the expected result. As the tournament’s first seed and the only Melee “god” in attendance, the Jigglypuff main won the event without dropping a set—though he had to withstand a game-five battle against third-place finisher Edgard “n0ne” Sheleby to pull this off. Over the weekend, Hungrybox also dropped tournament games to Colin “Colbol” Green—who placed second at the event—and local Sheik main Krudo. 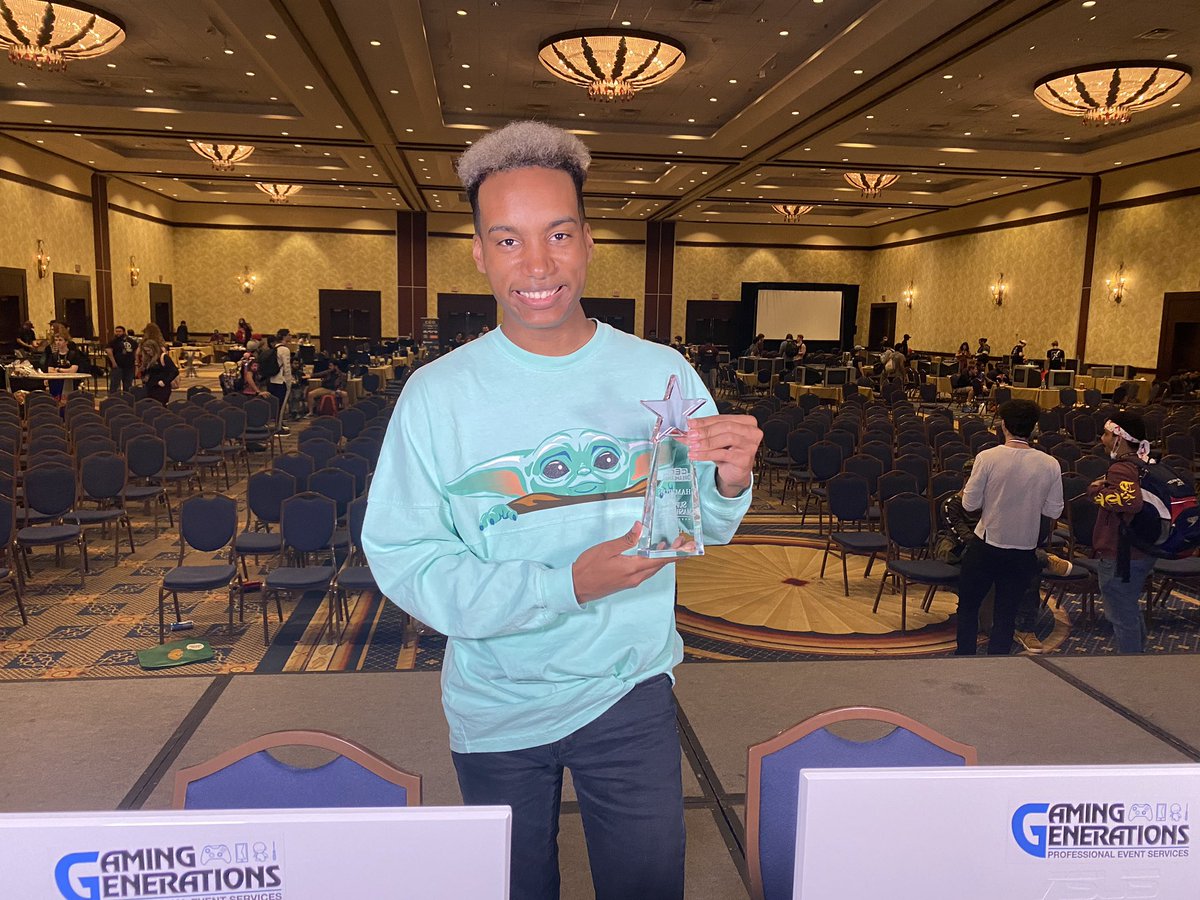 Though Samsora also managed to top his bracket without dropping a set, he was not CEO Dreamland’s first seed in Smash Ultimate—that honor went to Tyler “Marss” Martins. But before the event’s top-48 bracket had even begun, Marss found himself on the loser’s side of the bracket, suffering a shocking pools upset at the hands of veteran Diddy Kong main Hunter “Player-1” Rogers. Undeterred, Marss proceeded to win five straight sets in loser’s before falling to Kolawole “Kola” Aideyan in loser’s semi-finals.

Samsora’s path to victory required a bit less work: for his first-place finish, the Peach main won seven bracket sets, including victories over Kola and Zack “ZD” Darby. After winning the event, Samsora promised to donate part of his winnings back to Jebailey in order to show his gratitude to the TO.

The competitive Project M community received a breath of fresh air this week in the form of P+, a long-awaited new patch for the beloved fan-made Super Smash Bros. Brawl modification. Created by a different team than the group that coded Project M until its final 3.6 patch, P+ aims to fix balance issues that arose during the late Project M 3.6 metagame. The patch also gives the modification a much-needed visual tune-up, adding new effects and animations. Perhaps most notably, the game also includes a new character: Knuckles from the Sonic series. Before the development of Project M ended, the original Project M Development Team had coded an unfinished version of Knuckles; with the release of P+, a new development team has carried Knuckles across the finish line.

For more information about P+, check out the game’s official website here.

A challenger approaches… in Smash 64?

P+ wasn’t the only Smash modification to make a splash this week: on Monday, users on Reddit were treated with a surprise when a user posted a mod of the original Super Smash Bros. title for the Nintendo 64 that included a hacked-in version of Wario, a character whose first canonical appearance in the Smash series came in Smash Brawl. The render of Wario in this 64 mod appears to be based on the character’s appearance in Smash Ultimate, with normals and special moves that closely match those used by Wario in more recent iterations of the platform fighter.

There were four roster changes this week: one in Melee and three in Ultimate.

On the Melee side, Johnny “S2J” Kim signed with beastcoast.

beastcoast
@beastcoast
picture this. you're looking out into the horizon on a sunny day. the air is light. the sky is clear. and then, suddenly.. "CAWWW!"
a colossal falcon rises from out of the waves. chaos ensues.
welcome to the family, @johnny_S2J! we've been keeping your nest nice and cozy. 💥 🌊
106
837

This announcement makes S2J one of the most-sponsored players in Smash history; the Captain Falcon main has been sponsored by four organizations in the last five years.

On the Ultimate side, the biggest pick-up was Evil Geniuses’ signing of Jon “dekillsage” Coello. Formerly a member of Echo Fox, dekillsage is also a top player in fighting game titles such as Dragon Ball FighterZ and Skullgirls.

Noble
@NobleGG
Please welcome our newest #SSBU competitor to the Noble family, @Uncivilninja!
His Shulk will be in action this weekend using those Monado Arts at #CEODreamland!
#StayNoble👑
58
293