With players still in the dark about what Bethesda is working on with Starfield, here's everything we know about the mysterious RPG.

Bethesda is reaching for the skies as the house that Fallout built is preparing to chart a very different type of genre out there in the cold abyss of space. While we're used to the acclaimed publisher taking us deep underground to the depths of the Vault-Tec vaults, Starfield won't be a return to the Wasteland to take on the Deathclaws and Ghouls that have been ravaged by the Great War. Instead, we're putting on our space suits and charting the unknown for both players and Bethesda.

Starfield was first announced back in 2018, and apart from the short (but sweet) E3 teaser, there hasn't been much of an update. Aside from this being Bethesda's first original RPG in over 25 years, the powers that be have simply described it as a "new space epic". There's been the odd update here and there, while we now know Starfield's release will fall under Microsoft's umbrella thanks to its mbank-busting acquisition of Bethesda. Although there isn't much to go on, here's everything we know about Starfield

MASTER BUILDER
@MarcBTheGod
all these gaming studios are under fire right now. Treyarch. CDPR. 343... i hope Bethesda gets it right with ES6 & Starfield
0
0

The first (and most obvious) question is always going to be about Starfield's release date. Given that it's been tipped as Bethesda's biggest game ever, we always knew this one was going to be a way off. Despite that, Bethesda boss Todd Howard promised Starfield was getting a priority over the release of the highly anticipated Elder Scrolls 6. Some eager beavers tipped 2021 for a potential release, but unless we're in for the surprise drop of the century, that ain't never gonna happen.

Speaking during the Develop: Brighton Digital 2020 conference, Howard simply said, "It’s going to be a while" - which doesn't; exactly fill us with much hope. Howard explained that when the game was first announced in 2018, it was to make sure gamers knew developers were working on something big and not just sitting on their laurels. Still, it's already been two years since Starfield was the talk of the town. With just a simple teaser that gave literally nothing away, some are starting to lose their patience. As another E3 and Game Awards goes by, we're still cast adrift in the empty cosmos of Starfield speculation.

We at least know some of Starfield has been playable for a while. Speaking to The Guardian in 2018, Howard confirmed the game has been in development for a lot longer than you'd think. "We’ve been talking about it for a decade, we started putting things on paper five, six years ago, and active development was from when we finished Fallout 4, so two and a half, three years," said Howard. He reminded fans that "everyone should be very patient. It’s gonna take a while for what we have in mind to come out".

Will Starfield be an Xbox exclusive?

The next question is how Microsoft's acquisition of Bethesda could affect Starfield. Just like the God of War and Spider-Man games have been locked in as Sony exclusives, would Microsoft do the same? Talking about the notion of an Xbox-exclusive slate of Bethesda games thanks to the Microsoft deal, Xbox's CFO Tim Stuart told the Jeffries Interactive Entertainment Virtual Conference (via Ars Technica) that this probably won't be the case.

"In the long run... we don't have intentions of just pulling all of Bethesda content out of Sony or Nintendo or otherwise", said Stuart. "But what we want is we want that content, in the long run, to be either first or better or best or pick your differentiated experience, on our platforms".

The main aim is to have Microsoft as the first port of call for games like Starfield, without limiting a potential playerbase. He continued, "That's not a point about being exclusive. That's not a point about... adjusting timing or content or road map. But if you think about something like Game Pass, if it shows up best in Game Pass, that's what we want to see, and we want to drive our Game Pass subscriber base through that Bethesda pipeline".

Larry Hryb’s Major Nelson podcast brought together Howard with Xbox's Phil Spencer to discuss the union of both companies and what will happen with Starfield. Hyping the sheer scale of Starfield, Howard said it will require a “major engine rewrite” to make the most of next-gen systems. It's interesting to note that he nodded toward the idea of systems and not just the powerhouse of Microsoft. Continuing to explain why he's so coy about Starfield's development, Howard added, "The people all know me, I like to wait as long as possible to show stuff so uh, we’re closer to show stuff than we were at the beginning of the conversation".

Benji-Sales
@BenjiSales
Microsoft Studios currently has at least 5 first party RPGs in development (these are all confirmed, likely more)
Starfield
The Elder Scrolls VI
Avowed
Fable
AAA next-gen inXile RPG
That is quite the lineup for fans of big AAA RPGs 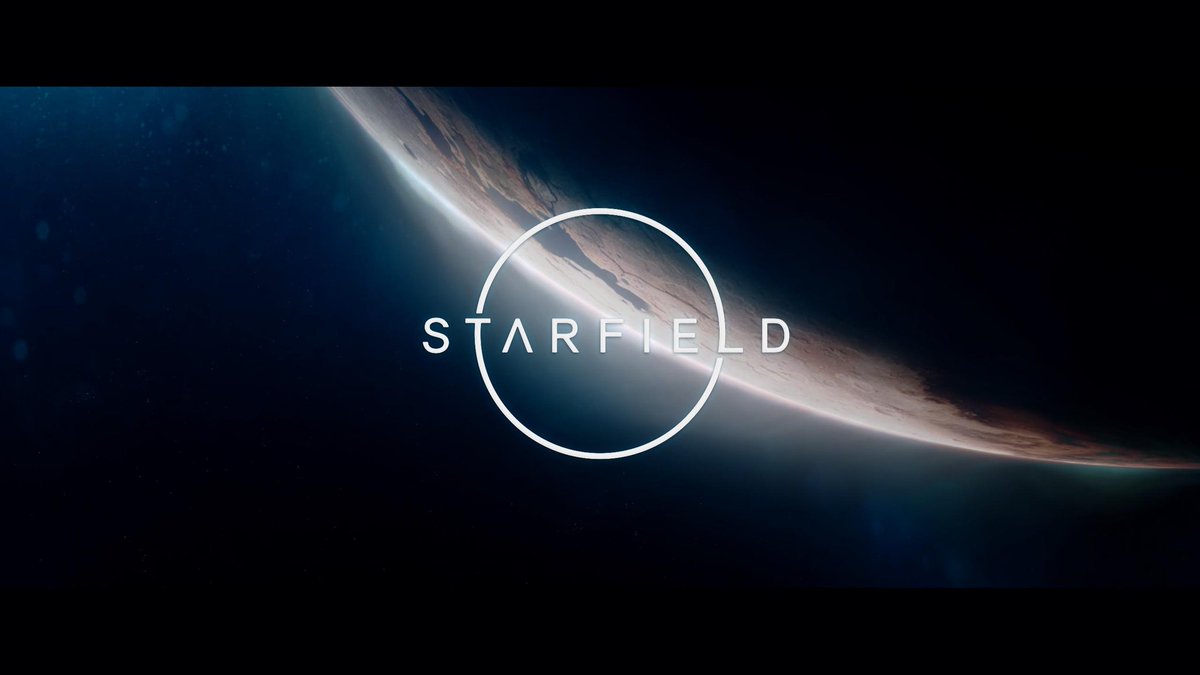 Although the 1:08 Starfield teaser may have been visually stunning, it didn't offer much in the way of a gripping storyline. That being said, there are more than enough theories to keep us ticking over until Bethesda drops the next breadcrumb. The trailer showed a burning sun rising above a desolate planet before the camera panned down on a space station - which most agree is the titular Starfield.

The station seems to be powered by the sun itself as the panels on its exterior form the shape of a star. Things take a turn when a blast of light swallows both the planet and the space station. Is this some sort of cataclysmic event, a wormhole opening up, time travel, or something completely different? Interestingly, eagle-eyed fans pointed to the 00:16 mark where letter spelling "conste..." appeared. It's been suggested that we were watching the entire teaser through a camera watching constellations. This could mean the seemingly devastating occurrence is what spurs the story into action.

We at least know space will be a dangerous place in terms of travel. Speaking at E3 2019, Howard said there won't be any Star Trek-inspired shortcuts to zip about the galaxy. Expanding on this with Elon Musk, Howard said, "Traveling in space in our game, I want to say it's like flight in the '40s, like it's dangerous. It's still dangerous to go and explore, even though lots of people do it".

Howard also did a tour of Musk's SpaceX facility while hinting nuclear fusion could be a source of inspiration. Whatever the story involves and whatever year Starfield is set in, it won't be some perfect utopia of sci-fi dreams where the human race has mastered the galaxy. Bethesda has pitched itself as being "uniquely positioned" to pull Starfield off. As it stands, we're inclined to agree.

Looking back at Bethesda's impressive back catalogue, we've seen it climb to the top of the charts with everything from Wolfenstein to The Elder Scrolls, Fallout to DOOM. While Starfield has the potential to be one of the defining games of next-gen systems, let's hope we don't have another Fallout 76 on our hands.