Cue the heavy breathing because Star Wars Jedi: Fallen Order is getting a next-gen upgrade - better yet, it's coming for free. In 2019, Respawn Entertainment released what's held as one of the best Star Wars games of all time. Alongside the Knights of the Old Republic games, Fallen Order is a jewel in the crown as it delivered a unique story with ties to the wider galaxy. As Respawn continues to tease that a sequel could be on the way, we're going back to the start to make sure the original plays to its next-gen potential.

Fallen Order took place in that lucrative period of canon between the original trilogy and the maligned prequels. Set five years after the events of Revenge of the Sith, Fallen Order follows a Jedi outcast called Cal Kestis, who is on the run following the devastating events of Order 66. With the Jedi all-but extinct, Kestis has to evade the Imperial Inquisitors and the mechanical menace that is Darth Vader.

What is the Star Wars Jedi: Fallen Order next-gen upgrade?

Daily Fallen Order
@DailyJFO
The next-gen verisons of Fallen Order (PlayStation5 | Xbox Series X) will be released Summer of 2021 :D
There's also a free upgrade for cross-generation for players who currently own the game 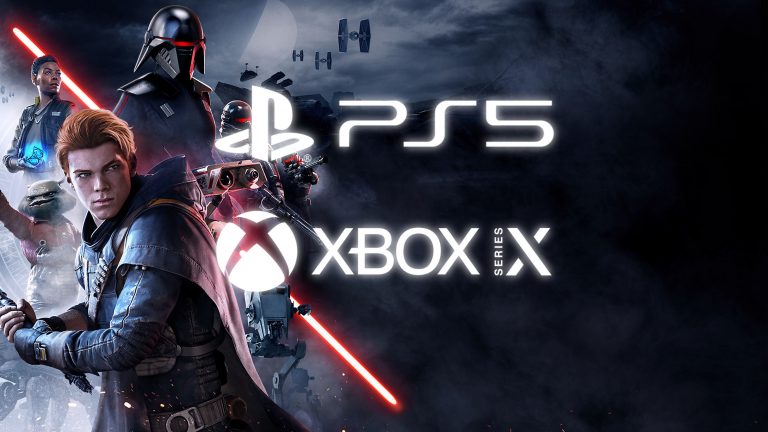 According to the official Star Wars site, Fallen Order is getting “a number of technical improvements” for PlayStation 5 and Xbox Series X/S update. With Star Wars Day (May 4) just around the corner, we'd always expected there'd be some big news coming from the galaxy far, far away. Discussing the next-gen Fallen Order upgrade, the team wrote, "We’re excited to announce the next-gen release of Star Wars Jedi: Fallen Order, bringing a number of technical improvements to the PlayStation 5 and Xbox Series X|S console versions of the game. This will be a free cross-generation upgrade to current owners. More details will come soon".

That was the only update for players, however, the post also confirmed you can get 70% off both the Standard and Deluxe Editions of Star Wars: Jedi Fallen Order on PlayStation 4, Xbox One, Origin, and Steam between now and May 12. For anyone that hasn't played Fallen Order but has heard about its hype, now could be a great time to try it out - especially if you're going to get a free next-gen upgrade. The question is, does the latest update mean Respawn is gearing up for the announcement of a sequel?

When are we getting the Star Wars Jedi: Fallen Order next-gen upgrade?

David Restrepo
@Darkwatchman28
I only played Star Wars Jedi Fallen Order a handful of hours when it had the backwards compatibility update for next-gen consoles, but dropped it. Now that there's a native next-gen version coming, good thing I didn't get that far ðŸ˜Œ
1
4

In terms of when you'll get your next-gen spruce up of Fallen Order, Lucasfilm Games simply said "this summer". There's a promise of more news "soon", suggesting details could be just over the horizon. Is May 4 really too much of a stretch for more on the future of Fallen Order? Importantly though, it looks like neither Lucasfilm Games nor Respawn are going to forget Kestis and his potential in the wider world of Wookiees and Wampas.

This isn't the first time the first game has had a facelift. To celebrate last year's Star Wars Day, a free update introduced new combat challenges called "mediation training", New Game Plus, and fresh cosmetics for the darling duo of Cal and BD-1. Earlier this year, there was a partial next-gen upgrade that improved performance when running the game through backward compatibility. Even though it meant Fallen Order could run at a pretty steady 60fps, that's nothing compared to this fully next-gen revamp.