Sony's new PS5 4K Movie Essentials line is a rebrand of some classic Blu-rays, however, not everyone is impressed with what's on offer.

Sony is securing its next-gen future with the PlayStation 5, and as the souped-up (and supersized) console gets ready for its all-star debut on November 12, the eyes of the world are on the company to see if it can meet expectations.

These days, consoles need to be more than just those boxes we stick game discs into, that sit under a desk and make that whirring sound when they get too hot. With gamers wanting everything they can get, Sony is set to introduce PS5 4K movies.

The PlayStation 4 has had an amazing run since it first hit shelves in 2013. While the console delivered iconic titles including Grand Theft Auto V, Red Dead Redemption 2, and God of War, it's important to remember the PS4 also became much more than just a gaming system. The PS4 really integrated with the idea of being a multimedia system, offering streaming services through the PlayStation 4 and the ability to play Blu-ray discs.

As the PS5 moves into a new generation, it sounds like the whole Blu-ray model is getting an overhaul.

IGN Deals
@IGNDeals
This is part of a "PS5 4K Movie Essentials" line. Here are some of the others:
Spider-Man: Far From Home:
Venom:
The Fifth Element:
Baby Driver: 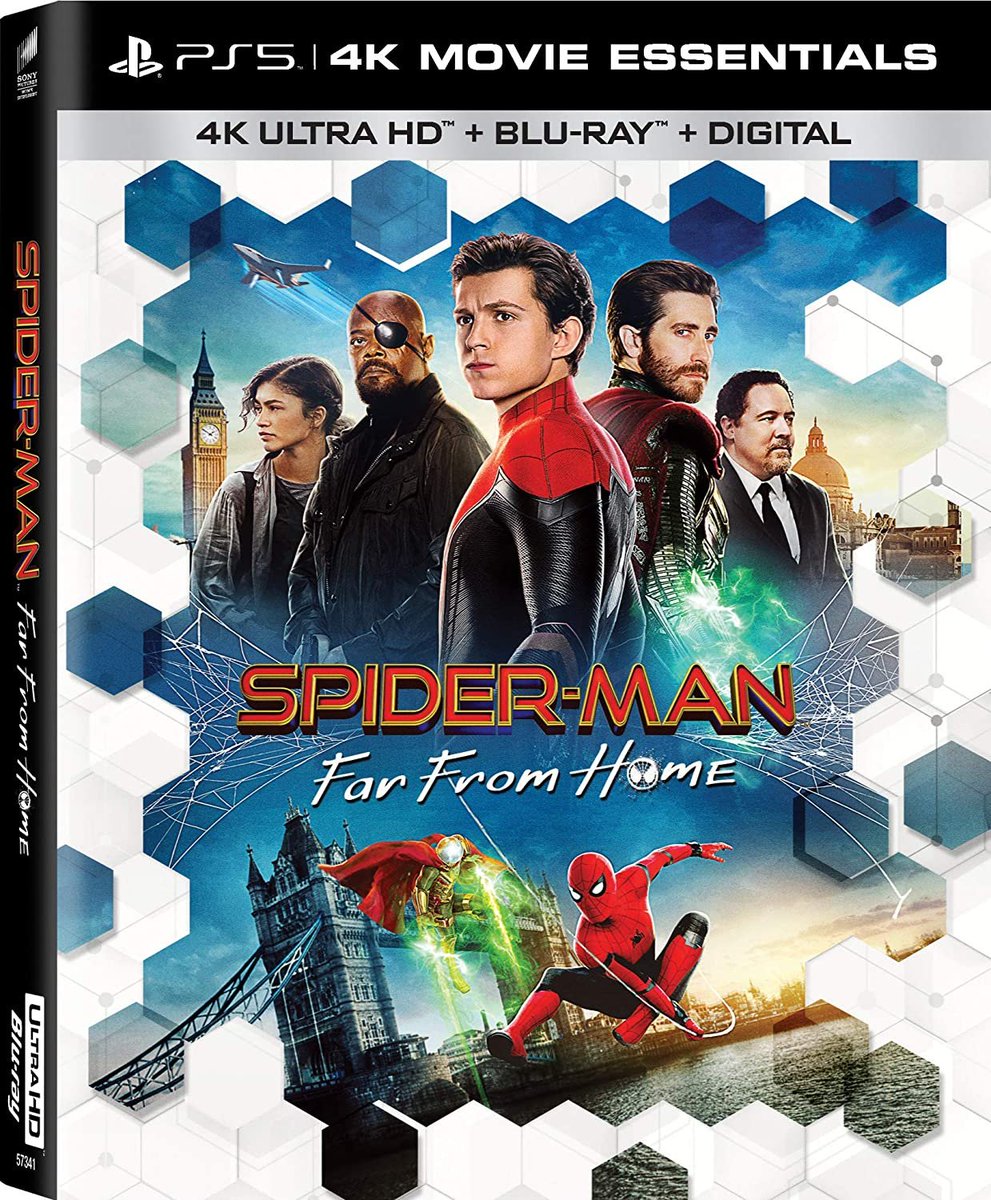 According to IGN, Sony has repackaged 11 Blu-ray titles as PS5 4K and named it the "PS5 4K Movie Essentials" line. They're all listed on Amazon.com at $30.99 and will reportedly ship on December 1 (just in time for Christmas). With the PS5 being able to support 4K UHG Blu-ray discs, all of the PS5 Movie Essentials will be watchable 2160p. Each title will come with a 4K UHD disc, standard Blu-ray, and a digital copy.

Although they're all big hitters from Sony, don't expect all your favourites here. Yes, there are the likes of Spider-Man: Far From Home and Venom, but where's a remastered version of Sam Raimi's Spider-Man trilogy? We'd even like to see a repackaged version of Spider-Man 3. Here are the 11 PS5 4K Movie Essentials currently on offer:

What's the problem with the PS5 4K Movie Essentials?

There are some fan-favourites there, but it seems like Sony is still flogging dead horses with the likes of the Vin Diesel-led Bloodshot that was panned earlier this year, and the abysmal reboot of Hellboy with David Harbour playing Big Red. Even though we all love The Fifth Element and Bad Boys, there's an odd mix of old and new that doesn't quite encompass everything. Elsewhere, there are no listings for the PS5 Movie Essentials line on Amazon.co.uk, suggesting that it might not be a worldwide rollout. That being said, the studio could be saving it for a later date.

Finally, let's remember Sony has been pushing its digital-only PS5 as a cheaper alternative. It may have saved you with some cash, but keeping in mind there's no disc drive on the Digital Edition, it means the whole idea of the PS5 4K Movie Essentials is a little redundant.

When IGN shared the news, fans were less than impressed. When discussing Into The Spider-Verse, one wrote, "30$ for a movie that’s on Netflix?", and another grumbled, "Why do they got to add PS5 on the byline makes no sense I guess this is just a little gimmick where those PlayStation people that want to buy it I mean it's already in 4K there's no need for it to be double 4K".

When GamesRadar also shared the news on Facebook, it got an equally frosty reception. Critiques covered everything from simply repackaging 4K movies to the size of the PS5. Someone wrote, "For the size of it I'm surprised it doesn't have its own cinema projector!". Another added, "Funny thing is there are people stupid enough to pay these ridiculous prices instead of the same thing for half the price but without "ps5" on it". Will you be shelling out for a "novelty" cover? Find out how well this idea goes down on December 1.