While late in the off-season, some of them will likely find new homes. 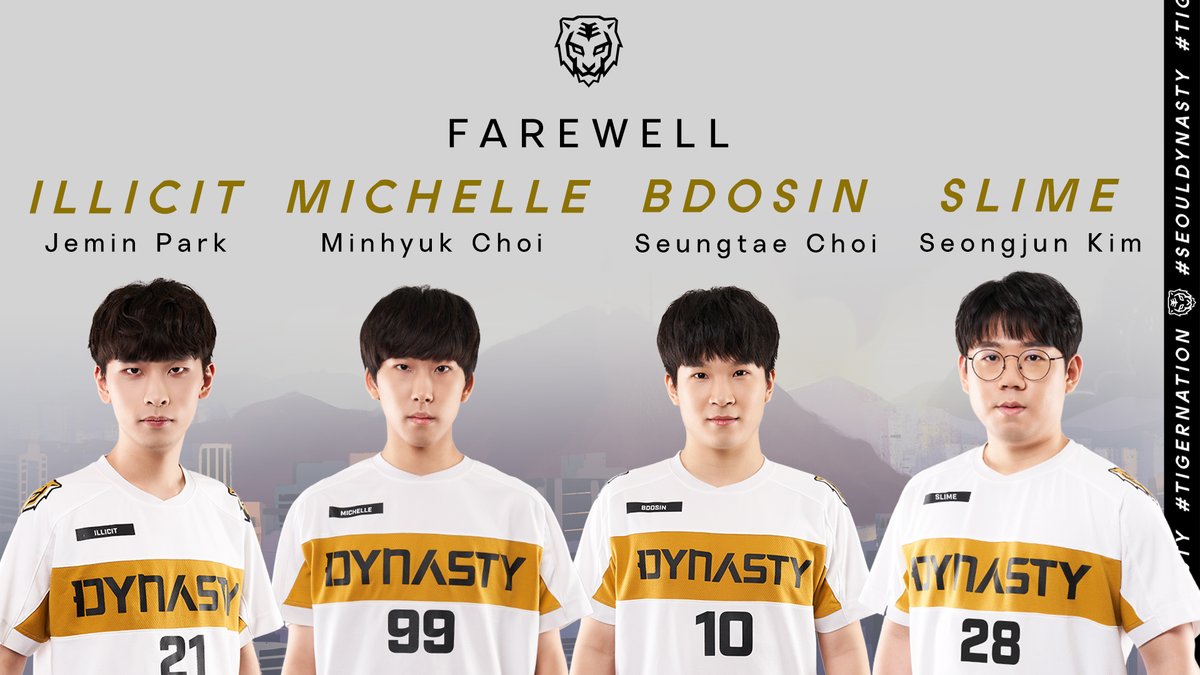 The Dynasty had a rather inconsistent season, being able to bring it to the best teams in the league on several occasions, but also dropping matches to the weaker teams. In the end, they reached the Grand Final and became season runner-ups, therefore achieving the best results in the organisation's history.

The veterans of Joon-yeong "Profit" Park, Jae-hee "Gesture" Hong, and Jin-mo "tobi" Yang were able to level up when it mattered. Interestingly, tobi's name is missing from the names of departures despite his free-agent status. There's a reason to believe that the Dynasty have not given up on the main support whoo has been with them since the first season of the Overwatch League and one of the scene's legendary players.

Not much is known about the Dynasty's efforts for season 4, not even if these departures are a way to make room for new hires, or if the team will also be one of the organisations to downsize their roster. The departure of Michelle at least necessitates the signing of a new off-tank, and with names like Jun-ho "Fury" Kim, Tae-hong "MekO" Kim, and Young-sun "GaeBullSsi" Yun still available on the market, Seoul should have some decent options to upgrade. The reunion of the championship-winning star player triple of Fury, Gesture, and Profit under the Dynasty would look the most promising on paper, with frequent peak potential when it matters the most.