Rocket League Users will be able to enjoy a full weekend of Double XP.

Rocket League is offering double XP for all players from October 22 - 26, to coincide with the Haunted Hallows Ghostbusters event. Starting at 6pm PDT, players will be able to dive into queues on playlists like the limited-time game mode "Haunted Heatseeker" and earn twice as much XP as they normally would.

The bonus will allow players to fly through the Rocket Pass and level up in order to unlock the newest Halloween themed cosmetics, whilst completing challenges in the meantime. With each completed challenge you will be able to head over to the store and divulge in the Ghostbusters range, which boasts a range of spooky wheels, toppers, trails, and boosts styled towards the blockbuster movie franchise.

Golden Pumpkin crate rewards will also be available through the Haunted Hallows event which spans until November 2, which requires 20 games to be played. By taking full advantage of the double XP weekend, not only will you fly through levels but you will also work your way towards the exclusive and rare rewards.

Rocket League
@RocketLeague
Who's up for another 2XP Weekend?? Enjoy 2XP starting tomorrow until Monday at 6 p.m. PDT! 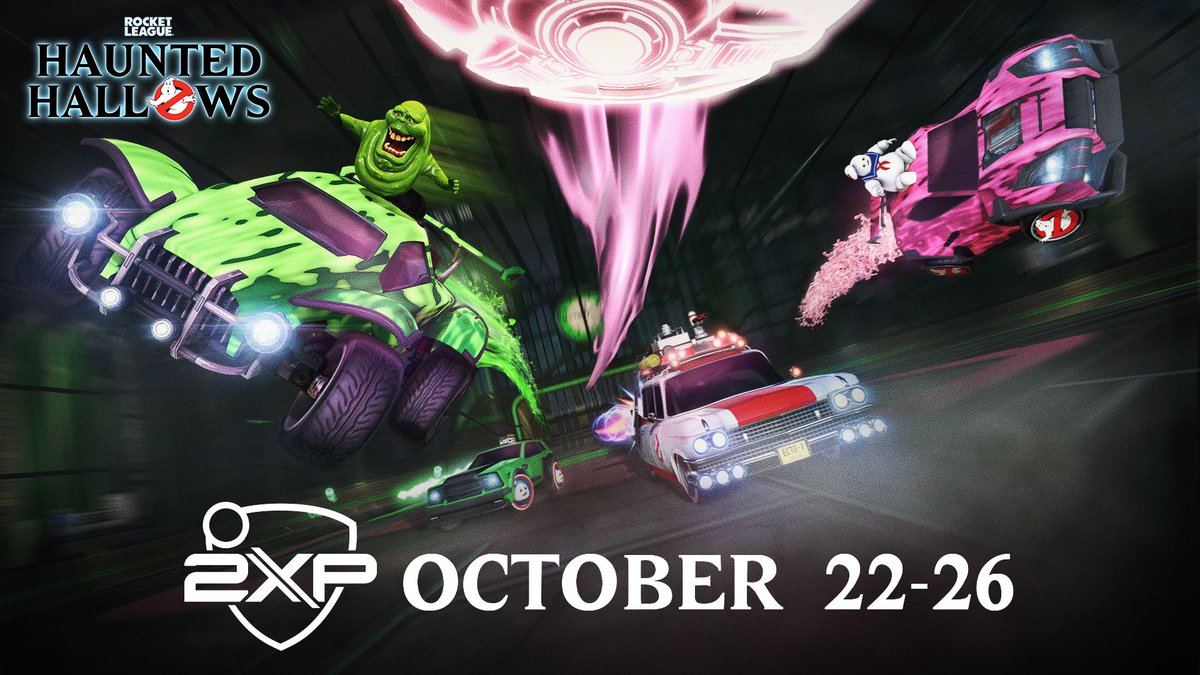 Players who also have the Rocket Pass can have an extra 85% bonus too. By purchasing the pass players get an instant 50% XP bonus, with the other 35% being able to gain through levelling up through the tiers. Limited bodies and Black Market tiered goal explosions are just some extras that can be earnt through the pass, which you will get through at least twice as fast this weekend.

You can also watch the live Fall Split Majors across the weekend, allowing you to take a break and learn from the professionals as the best teams in North America and Europe compete for $100,000 and the all-important RLCS X points. Starting with Europe on Saturday, Renault Vitality will take on Vodafone Giants in the first quarterfinal, which can be viewed by clicking on the in-game esports hub, or via Twitch.