Are Resident Evil Village players on the money with the idea Capcom's next game is a true RE4 sequel?

When it comes to the Resident Evil series, there are no bones about it, Resident Evil 4 is the best entry - don't @ us. While the long-shuffling zombie shooter has gone through plenty of iterations, 2005's GameCube classic is head and shoulders above the rest. Despite everything from the 1996 original to 2017's Resident Evil 7 coming with their own pros and cons, we don't think anyone is going to agree Umbrella Corps or Resident Evil 6 are the best Capcom had to offer.

Alongside popularising over-the-shoulder mechanics for the wider gaming world, RE4 was the first time the series broke free from the confines of Racoon City. Now, eagle-eyed players think the upcoming Resident Evil Village could be a true RE4 sequel. As a refresher, RE4 largely took place in the gothic backdrop of rural Spain, with interluded to a crumbling castle and pint-sized villain, Ramon Salazar.

It isn't just the idea of doomed villagers and a sprawling castle that has Village channelling some serious RE4 vibes. There's no sign of Leon S. Kennedy or Ashley Graham (yet) in Village, but with Capcom only giving a brief glimpse at early sections of what could be the biggest Resi game yet, there's plenty of room for more ties back to the ravages of the Las Plagas parasite. Like any modern release, fans are already on their own Easter egg hunt through Resident Evil Village.

What is the RE4 Easter egg in Resident Evil Village?

Aside from Lady Dimitrescu, Heisenberg, and the return of a certain Mr. Redfield to make Ethan Winters' life a living hell, another big name sure to impact the story of Resident Evil Village is a character known as the Duke. The larger than life addition to the story seems to be a friendly face (for now) and operates the game's gunsmith. Posting on YouTube, KendoGunSop shared a particular exchange between Ethan and the Duke, which is a not-so-subtle not back to Resident Evil 4.

Even though we've only got to explore the Village demo, fans have already had the chance to meet the Duke and enjoy his various quips. One has the Duke say, "What're ya buying? - Haha, just something an old friend of mine used to say". This is a clever homage to the Merchant from RE4. With the return of the gunsmith in Village, early theories suggested the portly Duke could even be the Merchant after gaining a bit of lockdown weight. Although this idea is still technically possible, it seems like he's simply crossed paths with RE4's weapon-peddling character at some point in their lives.

Could Resident Evil Village be a RE4 sequel? 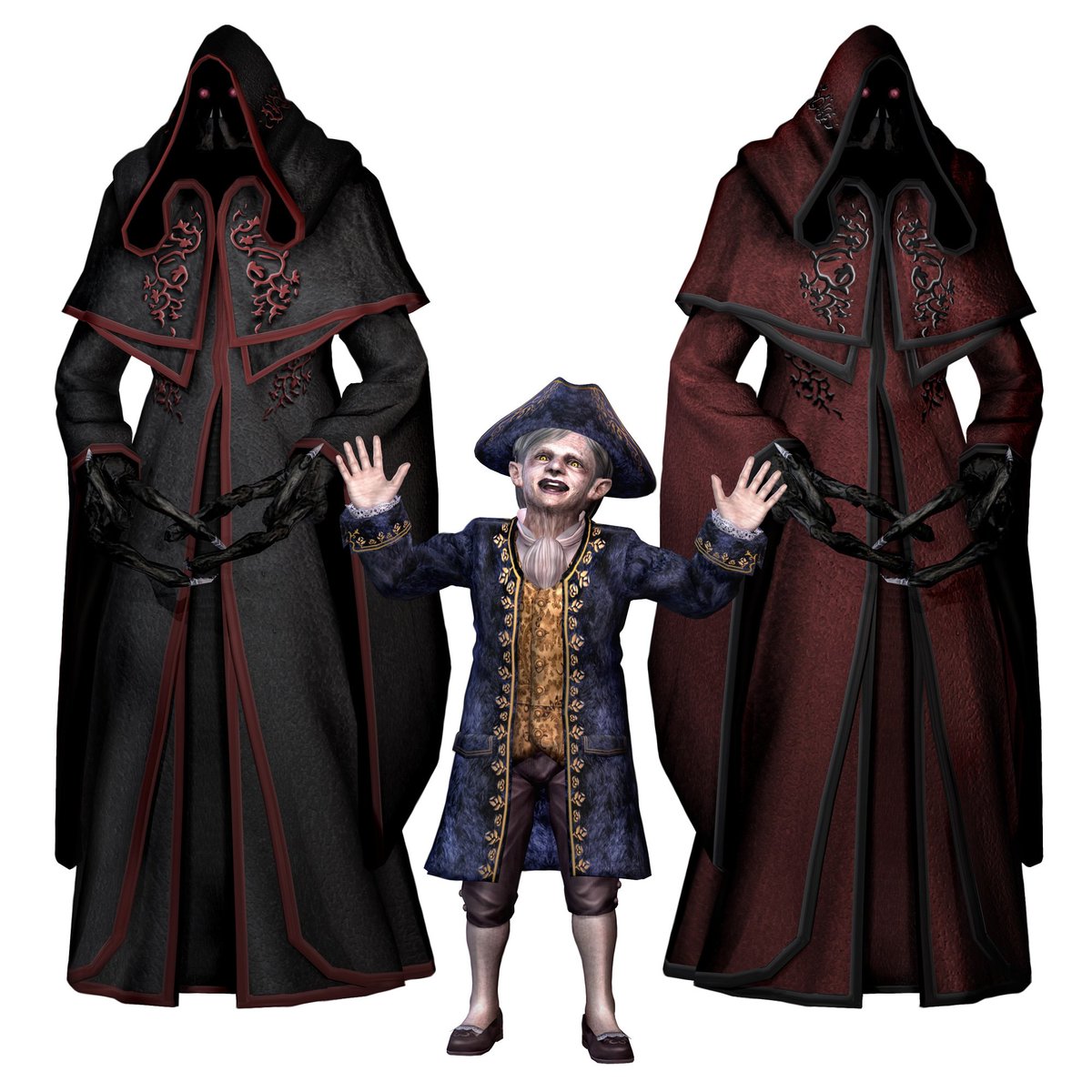 Capcom has made no secret about the fact Village borrows a lot from RE4, but is there more to it than that? There are obvious questions about who the mysterious Mother Miranda is, with some suggesting it could be someone from the past of the franchise. Claire Redfield, Ada Wong, maybe even Ashley? Despite RE4 getting an official sequel in the form of 2009's Resident Evil 5, Village seems much closer in aesthetic and themes.

It's also more than a little convenient that Capcom just announced a VR remastering of RE4 for Oculus Quest 2. For longer than we care to remember, there have been swirling reports of a full-blown Resident Evil 4 remaster in the vein of 2019's Resident Evil 2 and last year's Resident Evil 3: Nemesis. The announcement of a simple VR port of a game that's already been ported a thousand times was a little disappointing. If Village is a "sequel" to Resident Evil 4, there are sure to be more than just a few Easter eggs dotted around this wild wilderness. With Resident Evil Village due out on May 7, we can't wait to see how everything ties together.