Raven has left the nest

There's big news from the world of Dota 2 as Raven joins Fnatic. The star has found a new (well, sort of home) and officially jumped on board the ranks of Fnatic.

Just hours after stepping away from being the carry player of GeekFam, Marc Polo Luis “Raven” Fausto was announced as Fnatic's latest signing. With Raven's GeekFam departure being so sudden, there were whispers he was getting ready to rejoin Fnatic.

Keen to put the rumours to bed, the official Fnatic Twitter got ahead of the game and confirmed Raven was coming back into the fold. Fnatic clearly had fun with the announcement that "The Raven returns" as the post read, "Southeast Asia reveres him or fears him, and now he's back in Black and Orange".

FNATIC
@FNATIC
DOTA ROSTER UPDATE
The Raven Returns.
The Fnatic carry, @ravendoto. 🇵🇭
Southeast Asia reveres him or fears him, and now he's back in Black and Orange.
FULL ANNOUNCEMENT 📰
132
502

Despite their latest tournament victory being registered just 10 days ago, and Raven looking pretty comfortable, it's not enough to keep him from heading home.

With Raven's GeekFam run being a short but sweet one, it seems there are no hard feelings. The team posted a heartfelt message thanking Raven for his service. 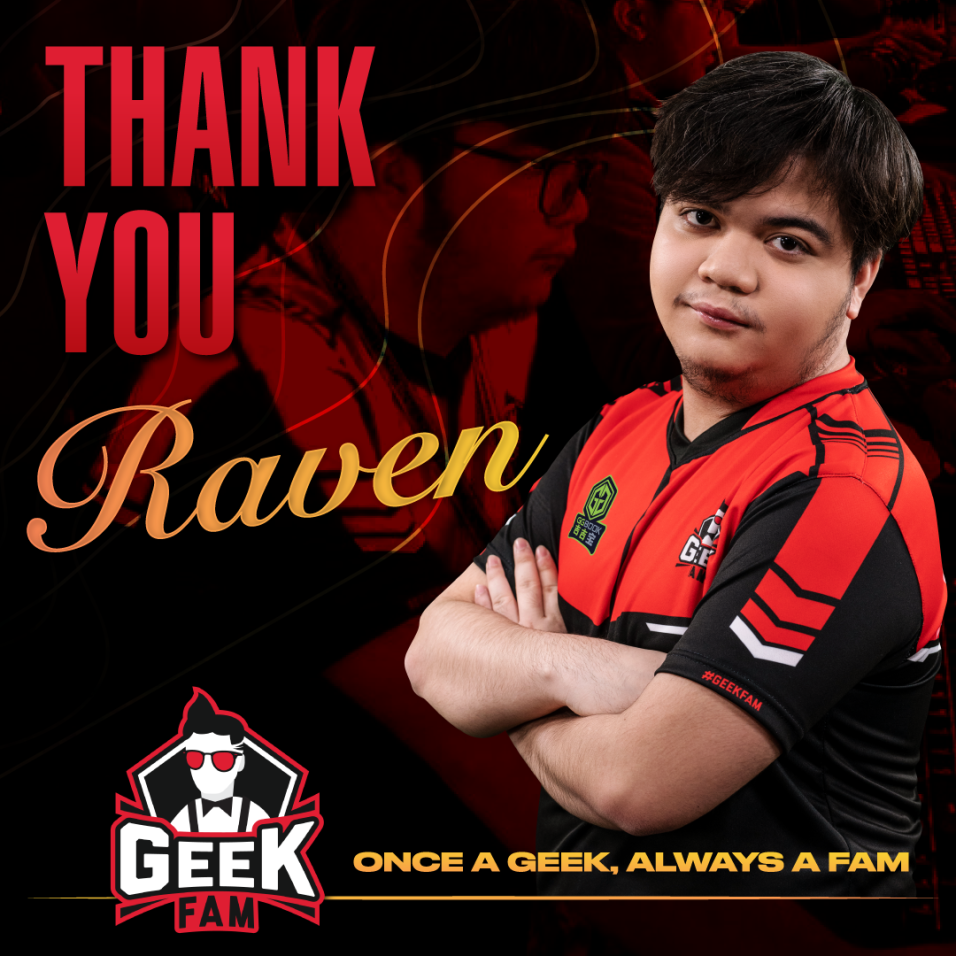 Even though he's only at the tender age of 21 now, Raven first joined Fnatic back in 2016 for a brief two-month stint. From there, he spread his wings and became one of the most revered Dota 2 players in Southeast Asia. Now, he's slotted back into Fnatic to continue its goal of creating a super powered team that will have everyone quaking in their boots.

In a statement, Dota 2 team manager Eric "Reinnnn" Khor said: "In our pursuit to build a Southeast Asian super team and continue dominating the region, I welcome for the second time, SEA's most promising carry into our roster. He will bring a new dimension to the team and add some firepower to our already stacked roster".

With change on the horizon, Fnatic confirmed that Raven's appointment means it's goodbye for Nuengnara "23savage" Teeramahanon. The statement said Fnatic will remember 23savage holding the red duck at The Summit 12 and reiterated, " Once Fnatic, #AlwaysFnatic".

Even though neither Fnatic or GeekFam have any events in the pipeline, we could see the two go head-to-head at  ESL One Thailand.