Problems with the PlayStation 5 continue as reports claim you can't install PS5 games on external storage when the next-gen console launches.

With the PlayStation 5 just around the corner, Sony's next-gen console is coming under fire for its storage space (or lack of). Now, there's another spanner in the works as the latest reports suggest the PS5 won't be able to cold-store its games on an external hard drive. There's plenty that's new when the PS5 comes fresh out of the box, with its solid state drive offering some of the fastest loading times we've ever seen for games. The problem is, that SSD isn't particularly big.

Even though the PS5 boasts a respectable 825GB of storage, the console's hefty operating system takes up around 25% of that - meaning there's 664GB of usable space. Looking at how most next-gen games are clocking in at anywhere between 50 and 80GB (on a good day), you can't exactly cram many PS5 games in there. A viable storage solution would be an external hybrid hard drive, however, be warned, it's not that simple.

How can you store games on the PS5?

Nick101Gaming
@Nick101Gaming
I don't know if it's confirmed but if true PS5 not being able to store and transfer PS5 games to/from an HHD or Sata SSD drive is huge L.
0
2

Both the PlayStation 5 and Microsoft's Xbox Series S are jostling for storage space, while the bigger Xbox Series X fares slightly better. According to VG247, the internal hard drive should be saved for PS5 games because a HHD isn't going to solve your storage worries. The site notes that although a HHD can be a good place to keep your PS4 games in cold storage, Sony won't let you transfer PS5 games to an external hard drive and then back onto the console.

For whatever reason, the UI won't let PS5 games transfer to a HHD. The transfer menu doesn't even list PS5 games. VG247 thinks that NVMe SSDs could be an option, but not yet. Sony has already warned The Verge that the SSD expansion slot will be "disabled at launch". Although this feature will be introduced further down the line, it's a blow that the console's storage will be lacking, to say the least, when it's fresh off the production line.

Is the PS5's storage a problem? 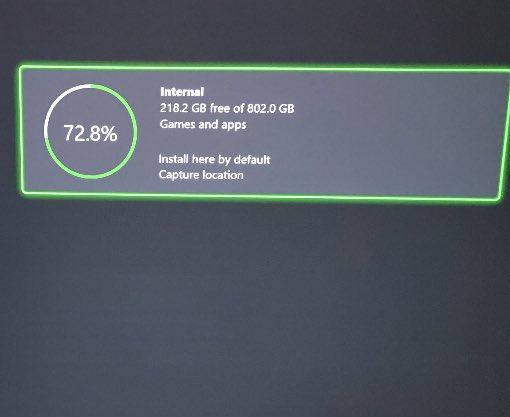 So what are we left with? A very expensive console that has some seriously limited capacity for storing current-gen games. Even when you've completed Marvel's Spider-Man: Miles Morales, chances are that you don't want to simply delete it off your console to wipe out all those hours of grind and collecting trophies. However, when your PS5 can only hold a few AAA titles, it might be a case of survival of the fittest.

There were already pretty scathing reviews about the PS5's storage, but now that there isn't even a solution, it could cause Sony some serious problems. Despite the PS5 boasting plenty of cutting edge features, it's baffling to think something as basic as storage has been sidelined. Our advice is to stick all your PS4 games on an external hard drive and your PS5 game's on the actual console. It's not perfect, but it's all we've got for now.