If you're ready for a new month of button mashing, Sony has revealed everything coming to PS Plus in April 2021.

When you've finished playing practical jokes on your partner, siblings, and co-workers for April Fool's Day, Sony has unveiled a jam-packed slate of games for you to sink your teeth into this month. Unlike the Microsoft Game Pass, Sony's PlayStation Plus subscription service hand-picks a trio of titles for you to enjoy every month. Following in the footsteps of March's Final Fantasy VII Remake and January's Shadow of the Tomb Raider, there's another crop of great games that you're likely a firm favourite of, or maybe have never managed to dip your toe into.

After a slightly disappointing February that was called out for Destruction AllStars, Control: Ultimate Edition, and Concrete Genie, Sony was back on form in March with the aforementioned FF Remake, Maquette, Remnant: From the Ashes, and Farpoint. Following in the usual tradition of one big hitter and a couple of niche titles, there's plenty to keep you occupied in April.

What games are coming to PS Plus in April 2021? 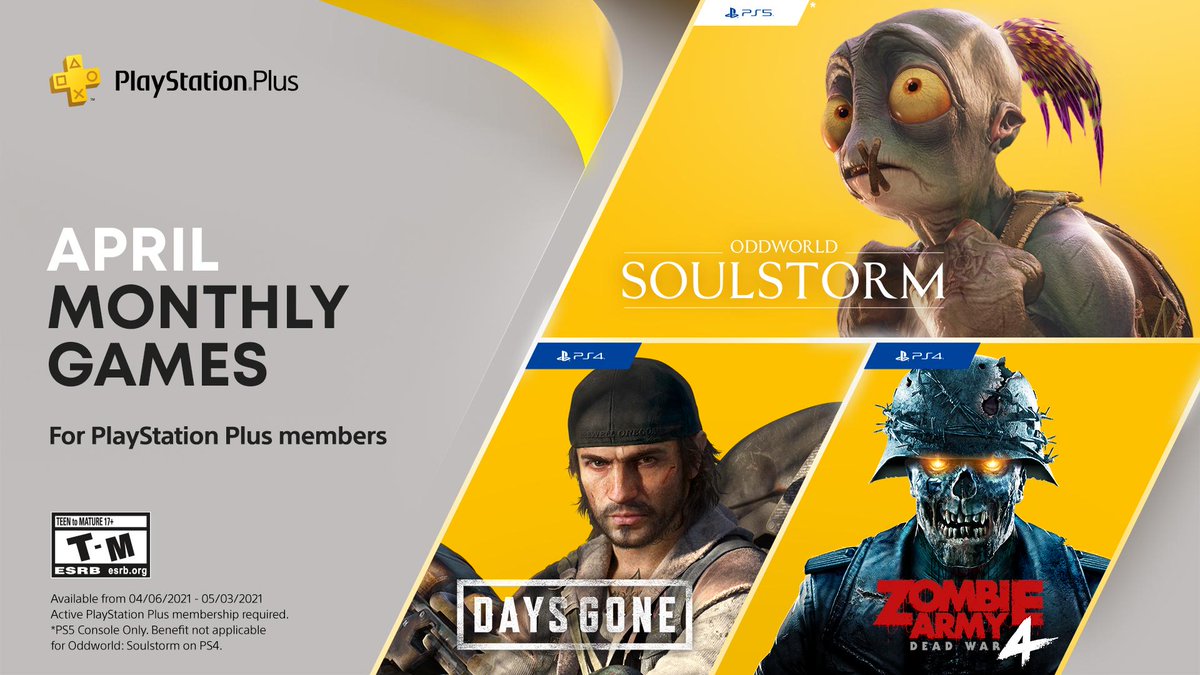 In an official blog post from Sony, your April 2021 PS Plus games are confirmed as Oddworld: Soulstorm, Days Gone, and Zombie Army 4: Dead War. All three will be available to download from April 3 through to May 3, so get them while you can. Further proving that Sony is moving with the times, PlayStation 4 owners will be sad to learn that Oddworld: Soulstorm won't be available to download. Although the game's upcoming release is playable on the PS4, its inclusion in PS Plus is restricted to PlayStation 5 owners only. Added to this, the 2.5D side-scrolling platformer won't be available in the United Arab Emirates, Saudi Arabia, and South Korea. It might be a blow that the game is being locked to the next-gen console, but for those lucky enough to have a PS5, it's great that Soulstorm comes to PS Plus the same day as its general release.

The latest instalment in the long-running Oddworld saga is a direct sequel to 2014's Oddworld: New 'n' Tasty! and is a reimagining of 1998's Oddworld: Abe's Exoddus. Abe is once again trying to save his fellow Mudokons in this head-scratching puzzler, but with a next-gen upgrade, you'll be able to make the most of the PS5's DualSense controller and haptic feedback, with a unique feature where you'll even be able to feel the beat of our titular hero's heart. Don't worry though, there's still plenty for PS4 players to enjoy. A duo of zombie-battling games make up the rest of your April PS Plus subscription, with both Days Gone and Zombie Army 4 boasting impressive critic's scores. 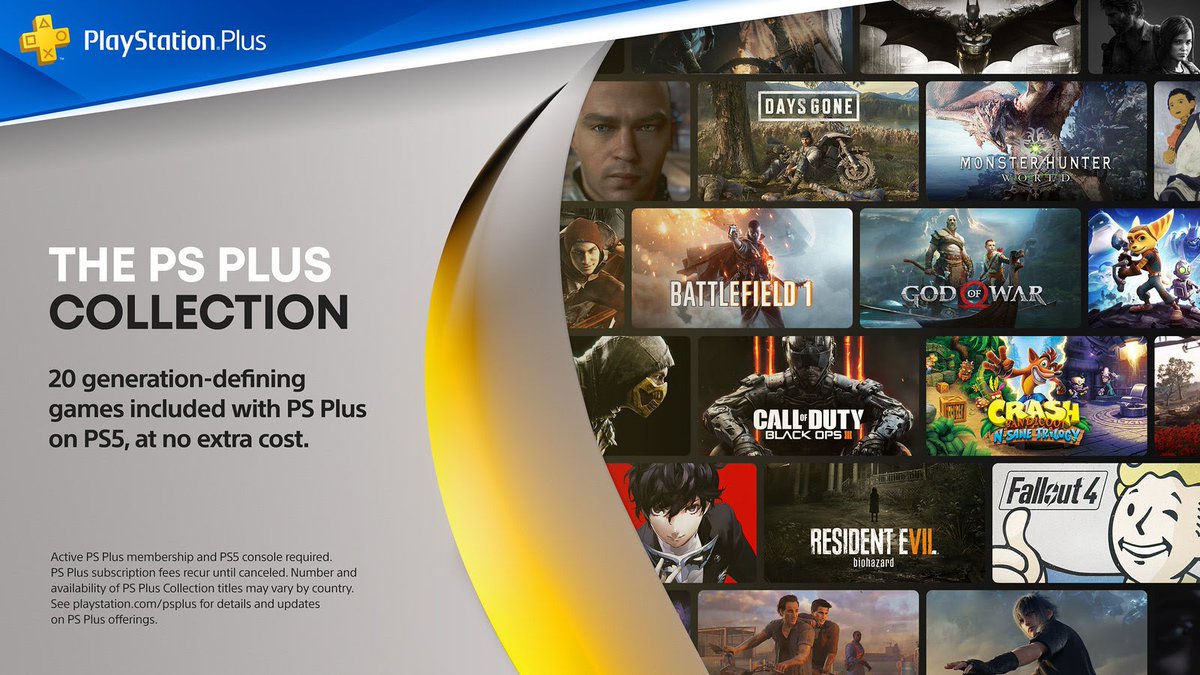 Shuffling into the already crowded zombie market is Bend Studio's Days Gone. Already known by many, the game plays out a bit like a standalone video game for The Walking Dead's Daryl Dixon. The story follows outlaw-turned-drifter Deacon St. John as he sets out into the apocalypse on his trusty motorbike to try and find his wife. The third-person open-world shooter has Deacon take on waves of zombie-like creatures known as Freakers, in this game that also channels some serious The Last of Us vibes.

Finally, there's Zombie Army 4: Dead War. As a sequel to 2015's Zombie Army Trilogy, this Sniper Elite spin-off tasks players with ridding the world of an occult army of Nazi zombies. It's a premise we've seen play out a million times in Treyarch's Call of Duty games, but with its own co-op spin on the genre, it largely works here. Either way, two third-person zombie games in one package means you'll need to work on your sharp-shooting skills this month.

While most fans are suitably impressed by what's on offer, not everyone is quite such a happy bunny. Namely, there were criticisms that Days Gone has been part of the all-star PS5 Collection since its launch last year. Yes, PS Plus gives us some must-have games, but the PS5 Collection is held as having the best of the best as Days Gone sits alongside the likes of Batman: Arkham Knight, God of War, and The Last of Us Remastered. Some have called April's offerings a bit of a con considering PS4 players miss out on one game and PS5 players already had access to another. Still, free games are free games. That's just it though, PS Plus isn't free - it has a yearly/monthly subscription cost.

While opinions are divided on April's PS Plus, it's still a healthy dose of games to while away the hours as the world slowly tries to return to normal. We're sure May's PS Plus games will be just as divisive. Some people just like to have a moan!