Nearly 25 years after the Pokemon Trading Card Game first hit shelves, a rare box of Pokemon cards has broken the world record as the most expensive ever sold.

We always knew the road to becoming a Pokemon Master was going to be a long and expensive one. Seriously, where did Ash Ketchum get enough money to abandon his (single) mother and go touring the Kanto region while eating fancy food and feeding his growing army of Pocket Monsters?

In reality, catching them all can be an equally wallet-draining affair. We know you can't actually catch Pokemon in real-life, but back in the day, collecting all of those fearsome fighters could be an expensive hobby thanks to the Pokemon Trading Card Game.

Over two decades after we first tried to swap our battered Pikachu for a shiny Gyrados on the school playground, a rare box of sealed Pokemon cards has just broken the world record as the most expensive ever sold. More than just saving your pocket money for a while, this unopened box of trading cards has been sold for a jaw-dropping amount. We're not even sure Team Rocket's Giovanni would be able to afford these.

How did these Pokemon cards break the world record? 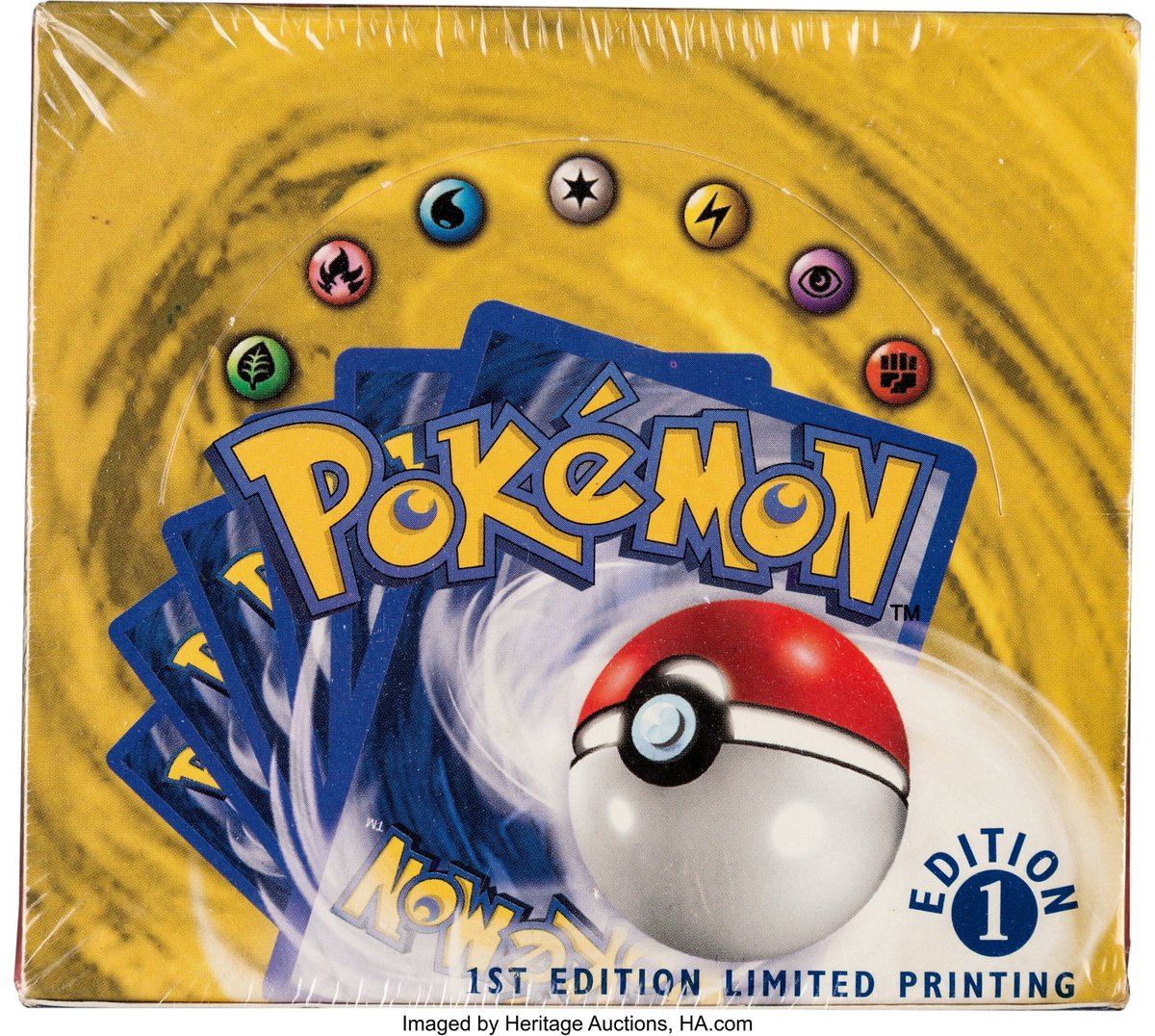 Now, a shrink-wrapped Pokémon Trading Card Game Booster Box has sold at auction for an eye-watering $408,000/£298,000. According to Heritage Auctions, this First Edition Base Set comes from the 1999 launch and was just sold at an event in Dallas. Wanting to know what you get for your money, the box includes 36 booster packs of 11 cards, leading to a grand total of 396. The fact the Base Set could include the ultra-rare original Charizard card, it's worth the money (for some) due to its extremely limited printing. Only recently, Charizard cards have sold for anywhere between $150,00 and $220,000.

In November last year, Heritage sold a similar box for $306,000/£224,000. The story with the latest box doesn't end there though. The new owner is already accepting offers for $530,400/£388,200 or more. While over half a million dollars for a box of Pokemon cards might seem out of this world, you can bet there will be people who are interested. Hertiage's four-day Comics and Comics Art auction included 16 Pokemon-related lots that earned a combined total of $1.3 million/£951,000. All in all, it shows there's still plenty of demand for Pokemon cards.

Why are Pokemon cards so popular?

The thing is, Pokemon TCG is still being printed today. Although you can grab a booster pack online, the second-hand market is booming as the likes of Logan Paul continue to hype their existence and videos of openings go viral on YouTube. There's also a growing market of cryptocurrency investors. The latest sale is part of a record-breaking run that's included rapper Logic spending $183,000/£134,000 on a Charizard and the $360,000/£263,000 sale of a rare Blastroise card. Heritage also sold the card over the weekend, which was one of only two ever printed and used as a presentation card to convince Nintendo to start printing cards in English.

News of the record-breaking Pokemon cards comes after The Pokemon Company announced it would be reprinting some of the original cards as a special anniversary collection. The 25-year milestone is being marked with the re-release of each starter set from the OG game. Eight special edition (and oversized) First Partner Packs will be released throughout the year, alongside a collector's binder and Pikachu card.

The 25 cards will be released on a monthly basis from February 6 until October 8 and start with the Galar Region - ending up in Kanto. Although there's no pricing yet, we're guessing you won't have to get out a loan to buy them. If you're new to collecting Pokemon cards or a seasoned veteran that could give even Ash a run for their money, there couldn't be a better time to bust out those binders and continue your road to becoming one of the Elite Four.

Images via TXN | The Pokemon Company | Wizards of the Coast