With so much hype surrounding the latest Sony State of Play, PlayStation fans are furious about was (and wasn't) revealed.

If the release of next-gen consoles the PlayStation 5 and Xbox Series X/S have taught us anything, it's that patience is a virtue. Whether it's the delayed Far Cry 6, the postponed Halo Infinite, our hopes that God of War: Ragnarok will come out in 2021, or even those who want the proposed next-gen port of Cyberpunk 2077, we've been left twiddling our thumbs and not mashing our buttons with both Sony and Microsoft's AAA titles.

With the PlayStation 5 outselling the Xbox in most of the world, the general consensus is that Sony is just nudging ahead of Microsoft in the battle of the behemoths. While things aren't quite as bad as the frankly disastrous Xbox Games Showcase from last July - birthing Craig the Brute - fans are less than impressed with the latest State of Play. First Nintendo delivered a lacklustre Nintendo Direct, and now, there's the Sony snorer. Will anyone get it right?

Why are PlayStation fans furious about the State of Play?

skinny boi
@skinnyboiHD
so you missed #StateofPlay heres what you missed !!!
#PlayStation 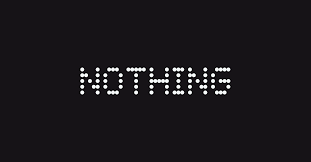 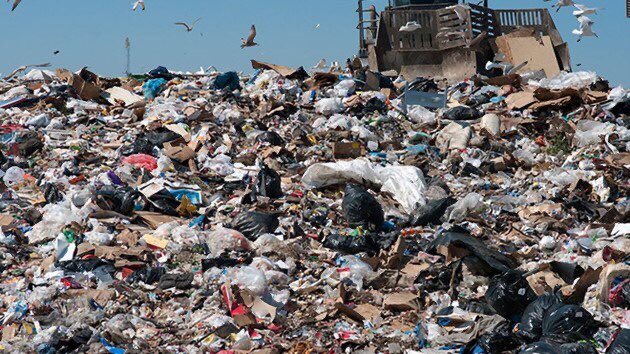 Although there was the announcement of the PS5's Final Fantasy VII remake, supposed 2021 releases like Ratchet & Clank: Rift Apart and Horizon Forbidden West were conspicuously absent. Added to this, our hopes that God of War: Ragnarok's Cory Barlog was trolling us about missing the State of Play turned out to be false. Considering Ragnarok is up there with Microsoft's Halo Infinite in terms of this year's most-anticipated games, we're rightly disappointed it didn't appear in the State of Play.

Elsewhere, there was a first look at Crash 4: It's About Time on PS5, an extended look at the Returnal trailer, and the official announcement of Five Nights at Freddy's Security Breach. Considering most of the above had already been shown or have been released (albeit without some upgrade graphics for next-gen), it was more a state of disarray than a State of Play. The only thing that got us buzzing was a first real peek at Five Nights, which looks like it will be making the most of the PS5's raytracing capabilities.

Was the PlayStation State of Play really that bad? 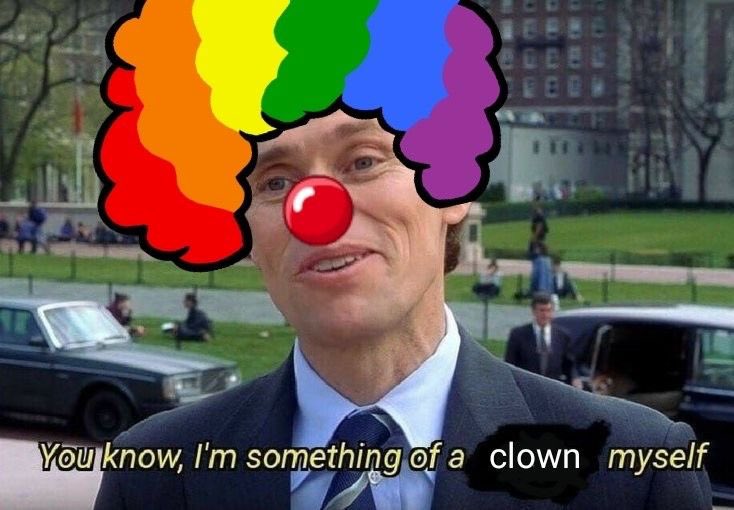 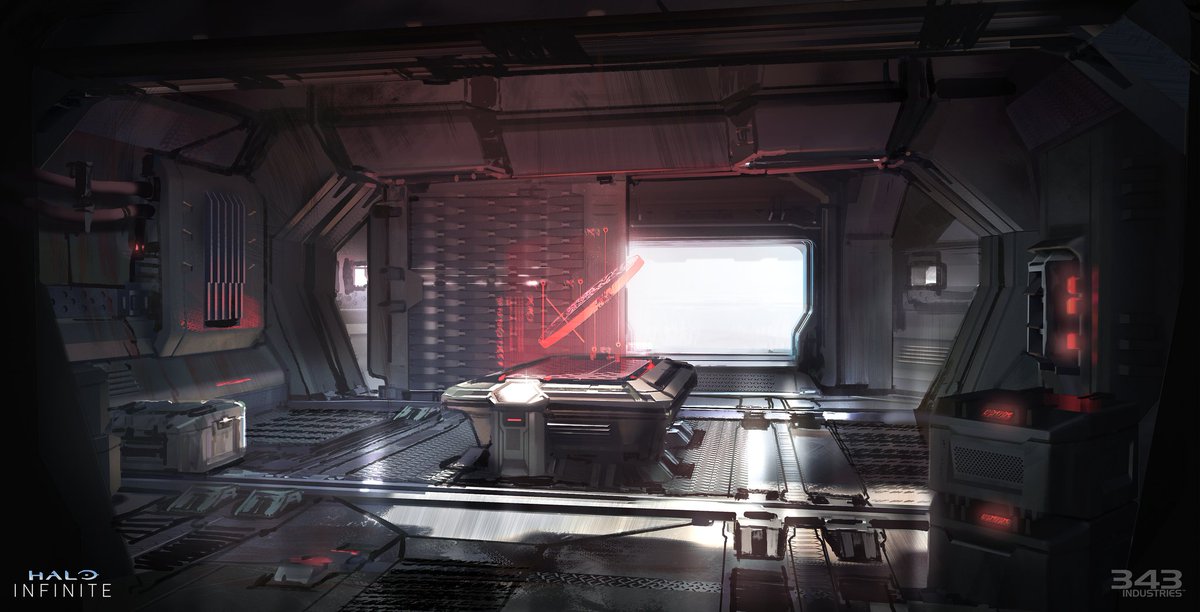 As the debate over whether PlayStation or Xbox is better, the State of Play gave Microsoft purists a chance to stick their middle finger up at Sony supporters. It's become a recurring joke that the Microsoft has been lacking in terms of Xbox exclusives apart from Fable, Halo, and Forza. The PlayStation was off to a good start with Demon's Souls and Marvel's Spider-Man: Miles Morales, but as we head into 2021, there's a question about why so many big titles were MIA.

Worryingly, the fact Ratchet & Clank, Horizon Forbidden West, AND God of War: Ragnarok all sat out the State of Play throws some major fuel on the fire that they might not release this year. We've seen the whole Cyberpunk 2077 delay drama, while 343 Industries has been dragged over the coals with Halo Infinite. Elsewhere, the delayed Far Cry 6 still doesn't have a new release after it was pushed from this month. On the whole, it looks like all sides are being cautious with giving concrete release dates in case things change. This means you've now got an angry mob with pitchforks and torches waiting outside Jim Ryan's door.

Okay, so Deathloop looks pretty good and Sifu is pitched as another twist on the Kung Fu revenge story, but is it really enough? In a time where tempers are already so frayed, the whole mantra of "Hey, buy FF7 again" hasn't gone down well. It's unclear when the next State of Play will be, but either way, the Sony PR team has some serious bridges to mend. At this rate, you'll be lucky to even get fans to tune in for the next State of Play.

More
General News
RuneScape Is Coming To iOS And Android
Retro gamers rejoice because a major piece of gaming is finally coming to iOS and Android. With gaming [ ... ]
General News
Portal Reloaded Introduces Third Portal That Lets You Travel...
It's been a whole decade since we first leapt through the portals for Valve's Portal 2. [ ... ]
General News
EA Announces New Battlefield Mobile Game Set For 2022 Release
EA has announced that Battlefield is officially coming to mobile. It will be a joint project between [ ... ]
General News
Resident Evil 4 Fans React To VR Remake
Mr. Salazar will see you now. After months of rumours and speculation, it's time to pack your bags [ ... ]
General News
Assassin's Creed Is Getting A Mr Men Crossover
While we all know Mr. Bump, Mr. Greedy, Mr. Tickle, and Little Miss Sunshine, what about Mr. Ezio, Little [ ... ]
General News
Esports Fashion Week Announced For 2021
A brand-new esports event has been announced - Esports Fashion Week.  The event plans to bring the [ ... ]
General News
Red Dead Online Player Spots Back To The Future Easter Egg
Controllers, where we're going, we don't need controllers. While the world of video games is [ ... ]
General News
CourageJD Wins $100,000 In Bitcoin After 100T Uno Tournament
Esports is growing at an astronomical rate, with the ever-growing list of titles getting more diverse [ ... ]
General News
Set Pictures Confirm Knuckles Is Coming To Sonic The Hedgehog...
Sony has its fans in a "spin", as players and movie fanatics alike get ready for Sonic [ ... ]
General News
Discord Has Reportedly Ended Talks With Microsoft
Microsoft's hopes of world domination have hit a speed bump, as talks between the gaming giant and [ ... ]
General News
The Last Of Us Part II DLC Has 'Been Shelved'
If the brutal world of Naughty Dog's The Last of Us wasn't already grim enough, it [ ... ]
General News
Assassin's Creed: Black Flag Is Getting A Sequel
Ya'har mateys, Ubisoft is getting ready to set sail with a sequel to Assassin's Creed IV: [ ... ]
General News
Buy Games At Full Price If You Want A Sequel, Says Days Gone...
The director of Days Gone has given some pretty strong opinions about sequels, and buying games [ ... ]
General News
Sony Is Giving Away Horizon Zero Dawn For Free
"Aloy, Aloy", what's going on here then? While we sit twiddling our controllers and wait [ ... ]
General News
PS3 And PS Vita Stores Are Remaining Open After Sony Backtracks...
It's a big win for the little man, as Sony listens to outraged PlayStation 3 and PlayStation Vita [ ... ]
General News
Amazon Has Cancelled Long-Awaited Lord Of The Rings Game
The Lord of the Rings game by Amazon Game Studios has been cancelled, two years after it was announced.  [ ... ]
General News
Marvel's Spider-Man 2 Fans Excited Over Venom Rumour
Insomniac Games is preparing to swing down across the New York City skyline all over again with Marvel's [ ... ]
General News
xQc Has Been Banned From GTA RP NoPixel Server For The Fourth...
Just when you thought a new leaf had been turned and Felix "xQc" was riding high on the straight [ ... ]
General News
Battlefield 6 Plot Has Reportedly 'Leaked Online'
DICE is rolling out the big guns with the upcoming release of Battlefield 6. With the sixth main [ ... ]
General News
Uncharted And Ghost Of Tsushima Movies Coming To Netflix
Netflix is continuing its streaming service domination and has just nabbed the rights to both the Uncharted and Ghost [ ... ]
General News
You Can Play Zelda: Ocarina Of Time In Wind Waker
Sometimes, some things just belong together - begging the question of why it didn't happen sooner. [ ... ]
General News
Ghost Of Tsushima Devs Tease 'Spectacular Multiplayer Game'
Sucker Punch Productions isn't wasting any time in capitalising on its success from Ghost [ ... ]
General News
Assassin's Creed Writer Teases Valhalla Sequel Setting
The Assassins and the Templar Order are once again ready to cross swords when Ubisoft eventually delivers [ ... ]
General News
BioShock 4 Job Listing Teases Open-World Game
If you're ready to take a "dip" back into the expansive world of BioShock, a new [ ... ]
General News
Next-Gen GoldenEye 007 Remake Could Be On The Way
We find ourselves shaken (and stirred) by the latest revelations that a next-gen remake of GoldenEye [ ... ]
General News
TimeSplitters 4 Teased After 16-Year Break
It could be "time" to hop back into the TimeSplitters franchise. Some 16 years after [ ... ]
General News
Three Games Have Been Removed From Xbox Game Pass
Three games have been removed from the Xbox Game Pass, but luckily there's been some great additions.  [ ... ]
General News
The Last Of Us Series Casts Agents Of S.H.I.E.L.D. Star As Tommy
We've not quite heard the "last" of The Last of Us news. With filming on HBO's [ ... ]
General News
Resident Evil Chapter Announced For Dead By Daylight
It's been a big week for crossovers, and after Rick and Morty (bizarrely) came to Rainbow [ ... ]
General News
Outriders Inventory Wipe Fix Just Made The Game Worse For Players
While most of us continue to enjoy People Can Fly's Outriders, the Destiny-inspired shooter [ ... ]
Esports Calendar
rocket league
RLCS X Spring: The Grid (NA)
It's North American's turn to score points for qualification to the World Championship. Matchday 5 - Round 1
rocket league
RLCS X Spring: The Grid (NA)
It's North American's turn to score points for qualification to the World Championship. Matchday 5 - Round 3
overwatch
2021 Overwatch League
Blizzard's OWL is back for the 2021 season! West Group
overwatch
2021 Overwatch League
Blizzard's OWL is back for the 2021 season! East Group
overwatch
2021 Overwatch League
Blizzard's OWL is back for the 2021 season! East Group
overwatch
2021 Overwatch League
Blizzard's OWL is back for the 2021 season! East Group
valorant
VALORANT Champions Tour
VCT 2021 features three levels of competition -Challengers, Masters, and Champions. Challengers is a regional competition and winners will qualify for the Masters. Korea Stage 2 Challengers - Decider Match
This website uses cookies
Cookies help us and our partners provide statistics. By browsing this website, you consent to the use of cookies in accordance with our Privacy Policy and Cookies Policy.
Accept & Close