Felix "PewDiePie" Kjellberg has conquered YouTube over the past decade, and has grown the second-largest channel on the platform, only behind "T-Series". With videos ranging from gaming clips on the likes of Minecraft, The Last of Us, and new party-styled crazes like Among Us, amongst real-life adventures and reviews, the Swedish streamer has become one of the most recognisable faces on the internet.

With over 107 million subscribers on his channel, his videos often get north of 5 million views, and his channel has amounted a whopping 27 billion views over its lifetime. On October 22, the content creator uploaded his most recent video, and fans noticed that the numbers were drastically low for what his usual viewership is.

After one hour of being live, PewDiePie usually hits between 300,000 and 500,000 views, with a large majority of people having notifications on for his videos and often appearing at the top of the 'Trending Videos' section on YouTube. However, with an hour passed after his latest piece of content was uploaded, just a tenth of his usual figures were amassed. This led people to believe that the YouTuber had been "shadowbanned" and began to do their own research.

Def Noodles
@defnoodles
BREAKING NEWS THAT WILL MOST DEFINITELY CHANGE YOUR LIFE: Pewdiepie may have been shadowbanned by YouTube. His channel no longer appears in search, and only 1 of his videos appears in top search results. His latest video got 34k views, 1k comments, 4.8k likes in 1 hour. 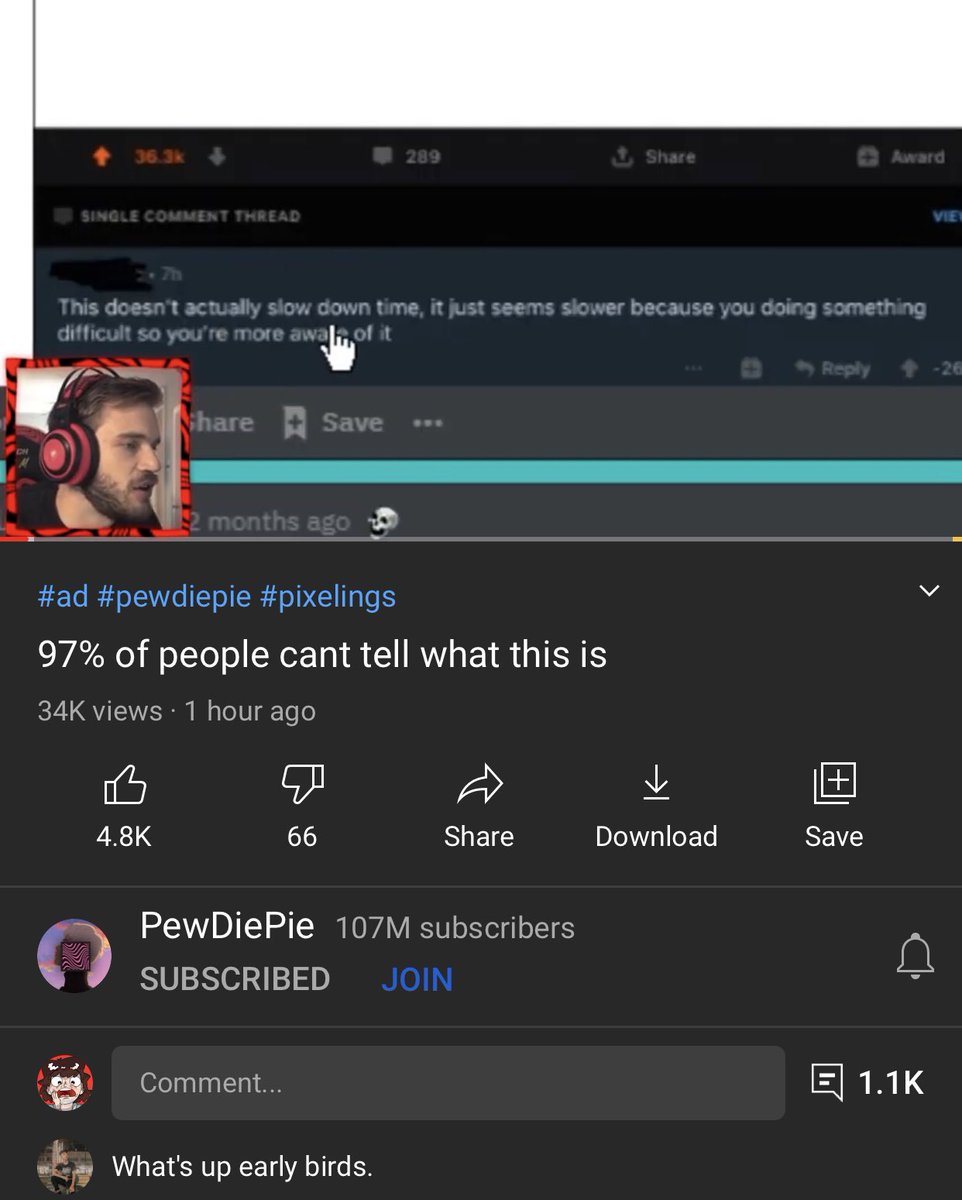 Whilst it cannot be proven that PewDiePie was shadowbanned, the platform had seemingly forgotten all about the YouTube sensation. Fans had begun to search for his content, which appeared to not be on the site. By searching for his name, very few of his videos were appearing, and his recent upload was nowhere to be seen. Users quickly aimed their suspicions towards him being shadowbanned by YouTube, with PewDiePie himself clearly perplexed. The Swede commented saying "for some reason my videos aren’t showing up in sub box since yesterday".

Ryan "Fwiz" Wyatt, head of Gaming, Commerce, and Immersive at YouTube commented on the situation, saying "Thank you to the community for flagging with us, we appreciate it", and the platforms official account confirming that they were sorry for any convenience caused.

PewDiePie's video currently sits at 1.9 million views, which is still significantly low for his standards, but it appears the problem has now been corrected.