The newest Overwatch patch is finally here, and with it comes some long-awaited changes to our beloved team-based FPS. Starting today until January 2nd, this update sees the return of the Winter Wonderland seasonal event, bringing back beloved game modes like Yeti Hunter and Mei’s RockSnowball Offensive. This new patch, also, offers some of the biggest balance changes since the introduction of 2/2/2 role lock and offers a new way to experience queueing with the inclusion of the new "While You Wait"

Winter Wonderland is back and, with it, brings a sleigh-load of new and returning content for players to enjoy. King’s Row, Hanamura, Ecopoint: Antartica, and Black Forest will go through their delightful winter-themed redesigns. Yeti Hunter and Mei’s Snowball Offensive are back to give friends different ways to play and compete, or to give players variety in their grind for those Arcade loot boxes.

In addition to being able to grab last year’s Winter cosmetics for a reduced price, players are treated to a new batch of Winter skins, highlights, and sprays to collect and wear in-game.

Additionally, we'll be seeing new skins, some of which have been leaked: 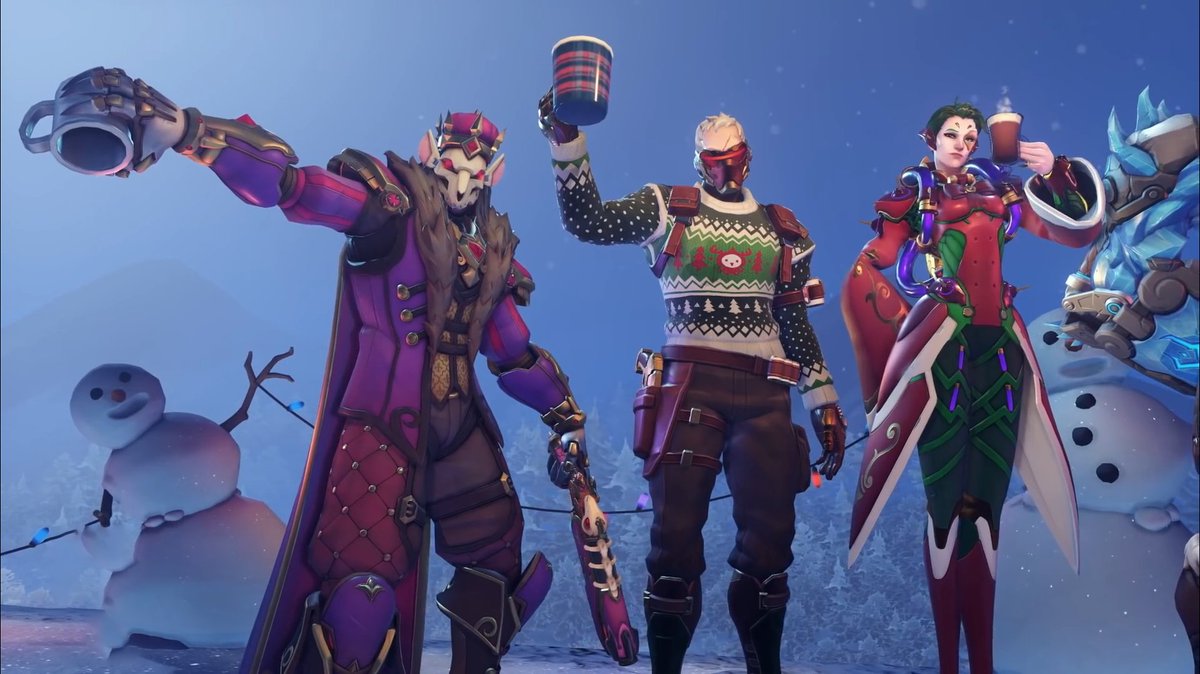 What may be a day of reckoning for some, could be a day of celebration for others, as new nerfs buffs, and reworks are being applied today. Shields across the board have been nerfed, a change many Overwatch players have been asking for since 2/2/2's introduction. What could this mean for the meta of competitive Overwatch? You can observe some of the biggest winners and losers for the recent changes here:

Finally, a new highly anticipated feature has been added to Overwatch, and that is the ability to play the game while you wait in queue. Outside of Skirmish, a mode which often went ignored for a good number of players, there was no way for anyone to access other modes of play while they waited for a game. Now, players will have the ability to enter the Practice Range, Skirmish, participate in a Deathmatch, and join a custom game, all while either venturing solo or being a part of a group. It’s been a long asked for feature, so it's exciting to finally be introduced to the game!

This is a big patch for Overwatch and its community. New improvements, new hero changes, and new cosmetics! This patch has a little something for everyone, and it’ll be exciting to see how it can help impact the future of the game.