EG, Alliance and more prove victorious on day 1 of the ONE Esports Invitational

The first day of the Dota 2 World Pro Invitational Group Stage has wrapped up, with the twelve invited teams facing each other in a two-group best of two round robin. Teams like Team Secret, Virtus.Pro, and PSG.LGD made their first major tournament debuts post-TI9, and like the others, showed what they were capable of in the new 7.23 meta.

The current state of the pro scene in Dota is, weird to say the least. Maybe more unfamiliar than anything but the traditional post-TI shuffle the scene plays host to has certainly shaken up the identity of the teams we thought we understood. TNC Predator, who were always deemed good but who could never really find those big tournament wins against the top teams, are now the most decorated team for this season. Evil Geniuses swapped out two of their TI-winning players, one of them being, SumaiL, who had been with the team for three straight years. Virtus.Pro also changed up their long-time roster, losing RAMZES666, 9pasha, and Rodjer. Team Liquid, departed with their TI7 championship roster, replacing them with the players from Alliance, who then brought in players from a whole host of different teams.

With this new era of Dota being heralded in, what do these new rosters, players, and identities look like in results or in the game? Well, if you were unable to watch the matches to see for yourself, we’re happy to provide a breakdown of the best teams of Day 1.

The first big winner to come out of the first day is MATUMBAMAN and his new home on Team Secret. It’s been a weird year for the Finnish superstar. After, decent placings with Team Liquid during the 2018-2019 DPC season he was let go from the roster where he spent the past four years on, right before the final majors of the year and The International. He quickly joined Chaos Esports Club, cracked through the TI Open EU qualifiers, but couldn’t make it out of the group stage. From there on, many fans and analysts were left to speculate on the next steps for his career. But when Team Secret announced his joining in early November, we could barely wait to see what it could look like when they could finally enter the game at their next tournament. 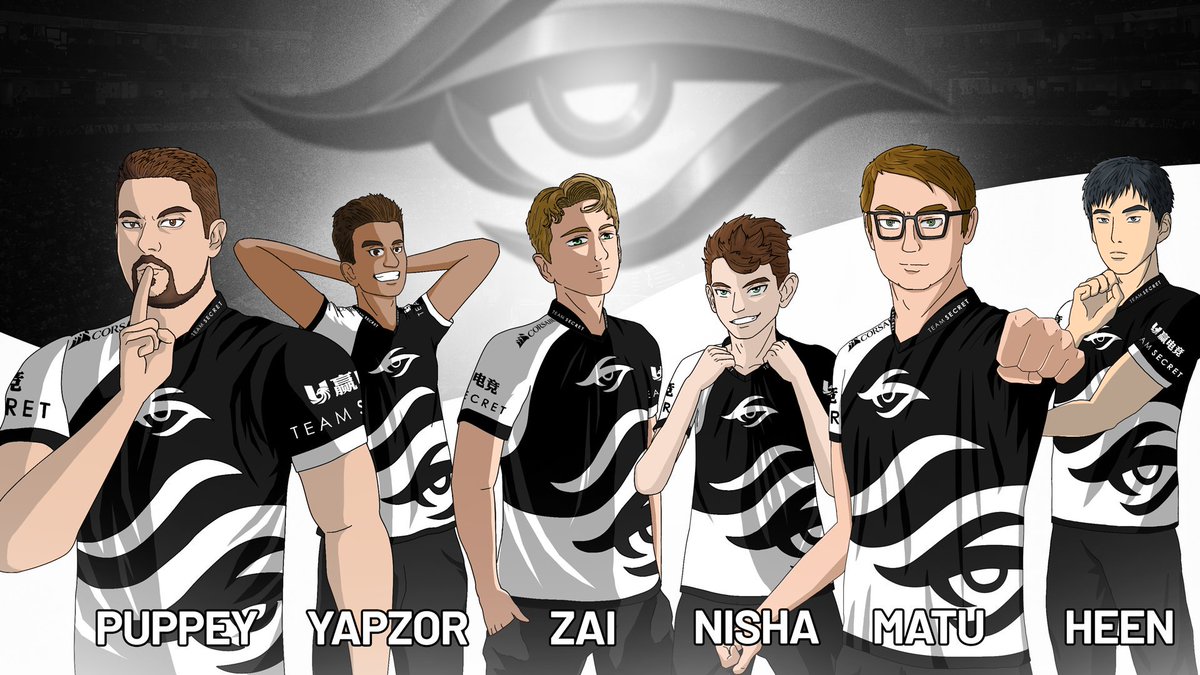 The team did not disappoint. They very quickly dispatched Virtus.Pro 2-0 in games that went 30 minutes or less. In both games Matu went 14/0/7 and 13/1/1 on Anti Mage and Ursa respectively, absolutely running wild against VP. They picked up another 2-0 win against J.Storm, where 40 minutes into game 1, Puppey’s IO and Nisha’s Morphling took over and saw Nisha take on a monstrous 11 player killstreak.

Their final game against Alliance ended with a 1-1 tie, the first match ending in just over 20 minutes. Once again, Matu can boast a deathless game, going 9/0/10 on his signature Lone Druid. The final game saw the two teams battling it out for almost an hour, but Alliance’s draft was able to overtake Secret’s for most of the game, having stellar teamfight all throughout.

Things are looking good for Secret. Their roster is incredibly strong, and the addition of MATUMBAMAN has given them this veteran coverage for their team. Looking forward to seeing their performance today and for the playoffs!

Evil Geniuses is another team to make some big roster changes. It takes dedication replace the only two TI-champions on your roster, especially for essentially two midlaners. After a 4th place finish at the MDL Chengdu Major, I’m sure many EG fans became to question whether this roster change was the right direction. However, this new unfamiliar iteration of EG seems to be finding their footing in Singapore. They had an explosive start to the tournament on Day 1, finishing top of their group and becoming close enough to enter the upper bracket.

Their game showed how aggressive this team can be. Game 1 against Vici was a slaughterhouse, with Abed Arteezy, and Ramzes666 not dying a single time the whole game. Abed’s Templar Assassin tore through the Vici line up, dealing over 25,000 damage and consistently obliterating heroes across the map. With a Tiny, Bloodseeker, TA combo, EG ran through Vici, completely stifling their draft.

Game 2 was a lot closer, in fact it was Vici with the higher kill score by the end of the game. Ori’s Queen of Pain dominated the early game, earning 7 kills to his name by then ten-minute mark. He completely obliterated Abed’s Razor in the midlane and enabled his team to make plenty of ganks around the map. However, once Arteezy’s Sven came online, EG was able to swiftly turn around teamfights in their favor and take objectives on the map.

In both games, EG really showed how well they can respond to their opponents. Whether it was the rushing draft of the first game or the durable lineup of the second, EG showed they have a versatile set of strategies to make it far in the tournament.

Alliance is coming off a pretty hot streak, having recently won Dream League Season 12 and obtaining Top 3 at ESL Hamburg. Coming off the previous meta, their carry player Nikobaby built a reputation for himself, especially off the back of his Faceless Void and Night Stalker. This new patch gives Alliance the opportunity to show how can they adapt as a team, and they’ve certainly taken up the challenge.

They easily went through Team Aster in their first match, showcasing midlaner Limmp’s prowess on the Viper, which led him to go 11/1/11. 33 was also able to bring back a somewhat forgotten hero in Brewmaster, who didn’t see much play after TI8. Alliance drafted Brewmaster three times yesterday and won twice with him!

Alliance’s real proving ground was their match against TNC Predator. In game 1, Limmp went wild once again, not dying a single time on his Viper. While Limmp secured the early game and went 11/0/11, it was Nikobaby who could close it out on his Phantom Lancer, going 9/0/6. TNC finished the game with only 7 kills.

Game 2 saw 33’s Brewmaster come to play, not dying once and securing the early game and an 11/0/16 record. Once again, Nikobaby shows his worth as a carry player and completely sweeps up TNC in the late game as Shadow Fiend, ending 12/2/8.

The ONE Esports Dota 2 World Pro Invitational is proving to be an exciting tournament, and an excellent showcase into the strength of these new rosters we’re seeing the in the pro-Dota scene. If you want to catch the games live, you can find the schedule and stream list on the ONE Esports website.