Nintendo is celebrating all things Hyrule, with special edition Zelda Joy-Cons to honour the upcoming release of the Skyward Sword HD remaster on Switch.

Move over Link, there's a new hero of Hyrule in town. If you've ever wanted to pick up your own Master Sword to slice through Bokoblins, Lizalfos, and Stalfos, now you can. Well, sort of. To celebrate the upcoming next-gen remaster of The Legend of Zelda: Skyward Sword, Nintendo is releasing a set of special edition Zelda Joy-Cons. Fit for Princess Zelda herself, you can step out in style with your shiny new Switch to celebrate all things Hyrule.

They may cost a few Rupees - and are sure to be sold out as soon as they go on sale - but the special edition Zelda Joy-Cons are a must-have Switch accessory. Since the console's launch in 2017, we've seen several variants on the classic console with the likes of the Tropical Paradise Animal Crossing version, Catch 'Em All Pokemon edition, and Mario/Spider-Man-inspired Switch for the Super Mario 3D World + Bowser's Fury bundle. Joy-Con customisation is also massive, however, Nintendo is releasing an official Zelda collaboration.

What are the special edition Zelda Joy-Cons? 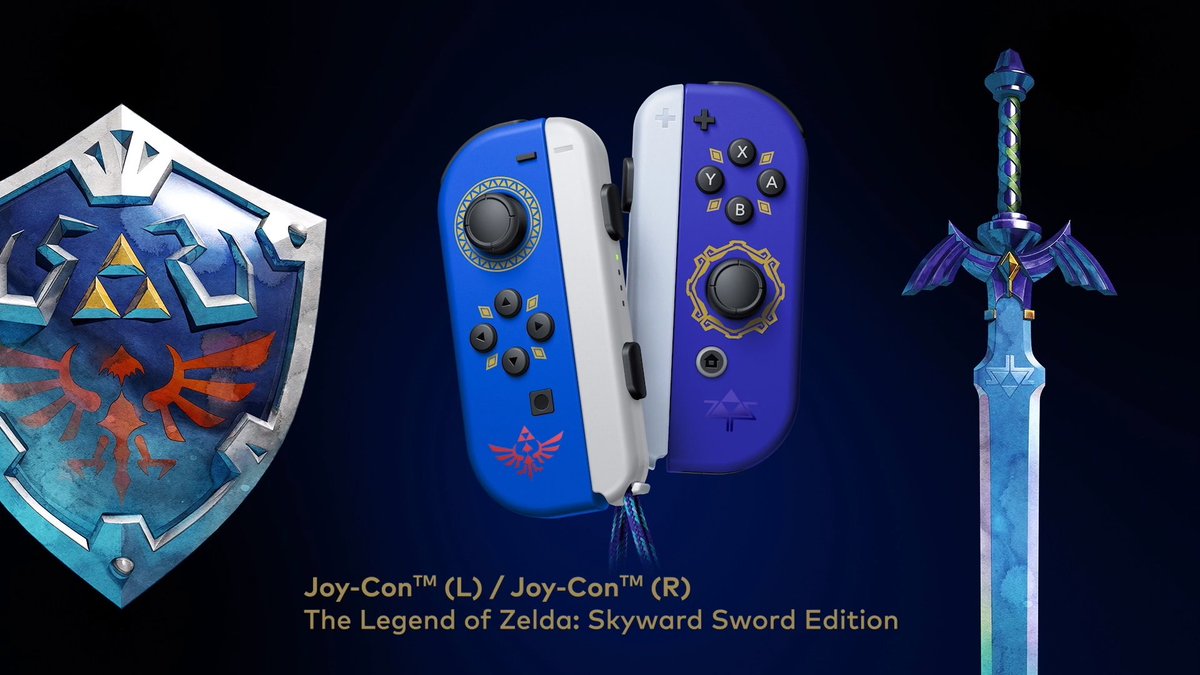 Slashing their way into our lives, the Skyward Sword Joy-Cons won't leave us feeling blue (da ba dee). As you can see, the special edition Zelda Joy-Cons feature the iconic Hylian sword and shield in a signature shade of blue. The Joy-Cons are instantly recognisable as Zelda controllers thanks to suitably regal symbols in shining gold. We can't wait to honour the royal lineage of Hyrule and Link's own place as the Hero of Time.

Impressively, Skyward Sword has managed to keep most of its original features thanks to developers porting the original Wii Motion Plus controls to the Nintendo Switch's Joy-Con gyroscopes. Skyloft looks like it will be pretty much the same as before - albeit with some spruced-up graphics. The fact Breath of the Wild is similar in design to Skyward Sword also means the HD remaster of the Wii favourite won't look too out of place on Nintendo's latest console. However, the fact you can now play Skyward Sword with some themed Joy-Cons is the icing on the cake.

When can you buy the special edition Zelda Joy-Cons?

Stihl_Playing
@StihlPlaying
Having Skyward Sword on the Switch was a smart decision. Also, the decision to make the game playable on a controller was a big surprise. And those Zelda Joy-Cons look reeeeaaaallllyyyyyyy nice... 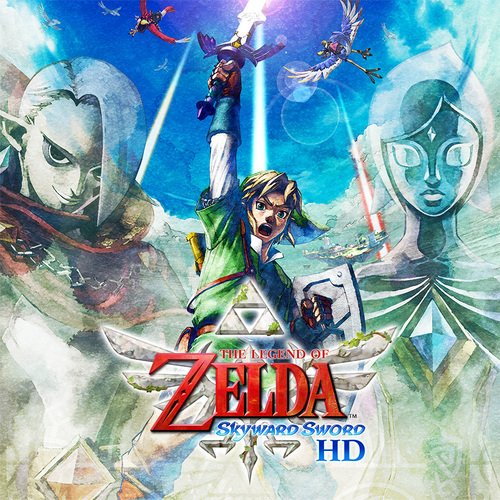 Although the 2011 Nintendo Wii game is often overlooked, it's important to remember Skyward Sword was a key influence on The Legend of Zelda: Breath of the Wild, and has an important place in the franchise's timeline as the first entry canonically. With Breath of the Wild being the current endpoint of the timelines, there's a sense of irony that these two will go hand in hand on the Switch with the HD remaster.

Due to the fact Skyward Sword released when the Wii started to bow out, it fell into the same gap as Twilight Princess on the GameCube (Twilight was also released on Wii) and means some have never played it. There was also the divisive nature of the Wii controls at the time, with some slamming the precise sword swipes. As we move into a new generation, and the Joy-Cons become synonymous with motion controls, it's time to give Skyward Sword another go.

While other Zelda games have been ported, and some of the earlier games are available on the Switch thanks to the NES Switch Online, Skyward Sword has been locked to the Wii and Wii U (via Virtual Console) for years. Not that Nintendo needs any help hyping the game's release, but a pair of Skyward Sword Joy-Cons should definitely help. It's almost enough to make you want to dress as Link as swish around your living room. Well, it beats wearing a dressing gown all day.

Back in the day, Skyward Sword released with a special gold Wii remote as part of a launch bundle, and while it's unclear how Nintendo will sell the special edition Zelda Joy-Cons, we know they're launching alongside the Skyward Sword HD remaster on July 16.