If true, it's only a few days away.

The Nintendo Switch has endured a successful 2020, allowing millions of players worldwide to sit big and relax during the global pandemic crisis. With chilled and adventurous games such as Super Smash Bros. Ultimate, Pokémon Sword and Shield, and Animal Crossing: New Horizons being available, the Switch's sales soared this year. Going into 2021, the juggernaut developers have often been teasing the Nintendo Switch Pro, and it could be here sooner than you would have thought.

In a recent leak, Nintendo fans' thirst for news regarding the console may have been quenched, as it appears that the Switch Pro announcement will be coming on January 11.

A document has surfaced which entails all Nintendo games and hardware that will become available, labelled with "Nintendo. Internal Use Only". The document was first placed on Reddit and subsequently deleted five minutes later, but it appears the eradication was damage limitation as screenshots have been plastered all over other social media platforms.

Within the document, it details that games such as Assassins Creed: Valhalla, Grand Theft Auto (GTA) V, and Call of Duty: Black Ops Cold War will all be landing in April and May, and the "Upcoming Nintendo Switch Pro" will be revealed on January 11 for a release on May 23. 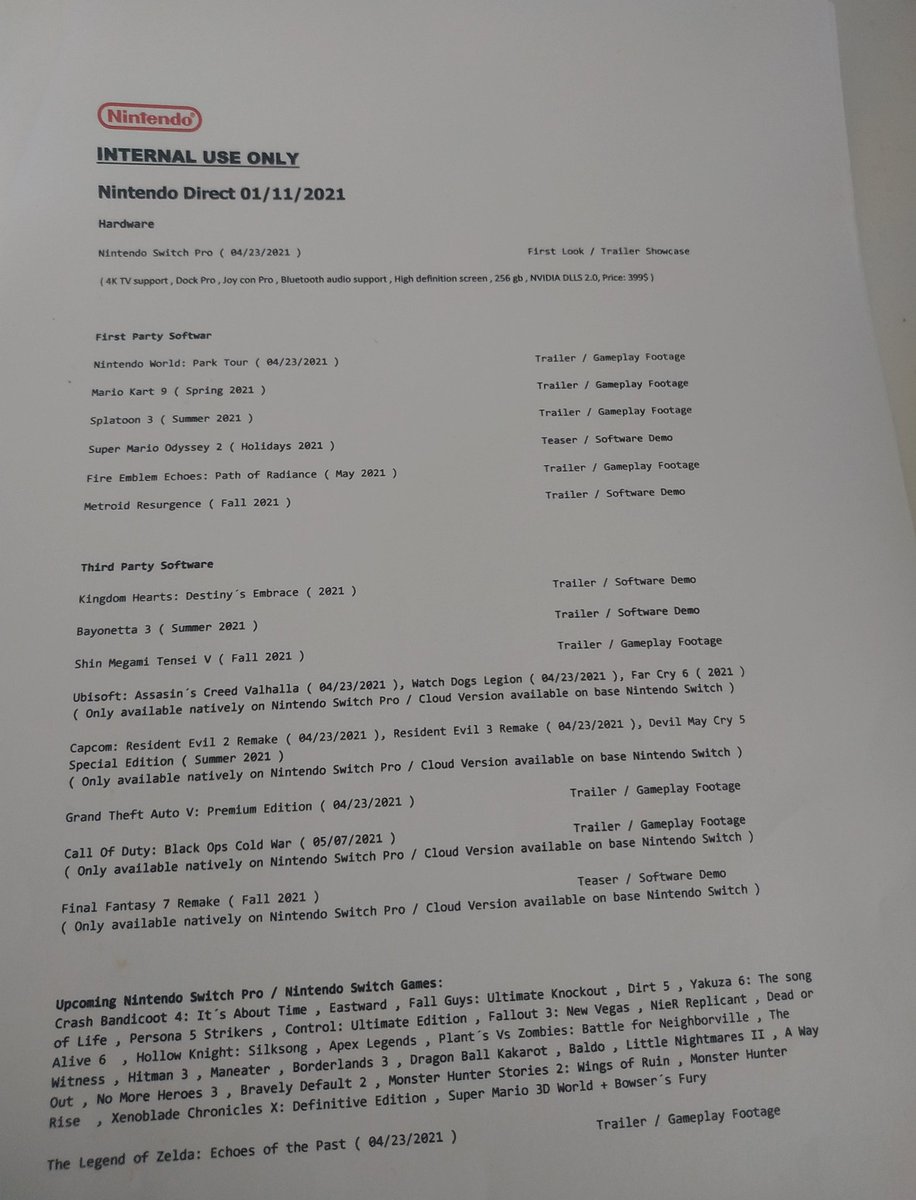 The only reason for doubt now is surrounding the substantiality of the letter, with a chance that it could be a hoax. As with any leak, the letter could yet be folly by an internet troll, it wouldn't be the first time.

Should the letter be official though, the Nintendo Switch Pro is set to be priced at $399, boasting Bluetooth audio support, a 256GB harddrive and a high definition screen compatible with a 4K TV.

All eyes will now be on Nintendo as of January 11.