Fresh reports suggest a new Mario Party game could be coming to the Nintendo Switch in the near future.

There ain't no party like a Mario Party - well, at least when it comes to Nintendo's long-running franchise featuring the partying plumber. Back in 1998, the original Mario Party brought Nintendo's iconic mascot and a few familiar friends together for the first time and allowed up to four players duke it out with a variety of zany mini-games.

Over the years, the roster of characters and games has grown, leading to Mario Party being up there with Mario Kart in terms of series staples. While we might never return to the highs of Mario Party 4, the release of Super Mario Party in 2018 showed there's still plenty of life left in the idea. With the Nintendo Switch title selling over 12 million copies and being one of the system's best-sellers, it looks like the video game giant is keen to keep cashing in on our competitive nature with another title.

Even as Sony and Microsoft lock horns over their next-gen consoles, rumours of a Nintendo Switch Pro prove the company isn't willing to leave its home/handheld hybrid behind any time soon. Although we've just missed the Christmas rush for a new Mario Party, here's hoping the next one arrives in time for some good ol' fashioned family rivalry before Christmas 2021.

Is there a new Mario Party game on the way? 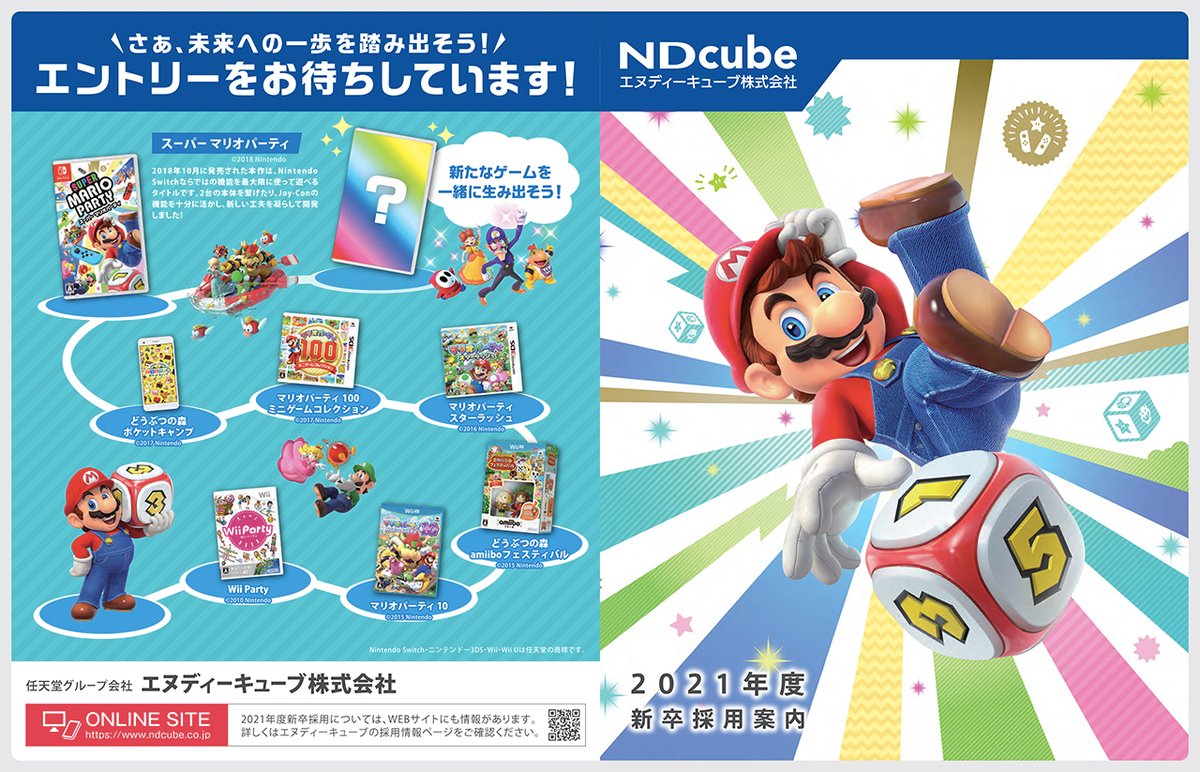 Posting on Twitter, @Nintendo Memories shared a recruitment brochure from NDcube, where the studio is asking for more talent to help develop games. NDcube is a big name in the world of Nintendo and has been responsible for the Mario Party games since the release of Mario Party 9 in 2012. NDcube is also known for its work on games including Animal Crossing: Pocket Camp and Clubhouse Games: 51 Worldwide Classics.

On the whole, the idea of another Mario Party game from NDcube was met with a mixed response. When it comes to a potential new Mario Party game, one fan wrote, "They better be making a new Mario party. Super Mario party was sub-par at best. The only good thing about it were the mini games", while another moaned, "Yay time for another mediocre Mario Party game". Others suggested they'd like to see a remaster of the first few games, or maybe even a bundle that combined the best of the best. Then again, let's remember we had Mario Party: The Top 100 on the 3DS in 2017.

When could we see a new Mario Party game?

Mitch Kane
@Kane1Mitch
@NintendoMemo Eh I hope another studio makes it, didn't like what NDCube did to it
0
0

Super Mario Party was heralded as a return to form as it reintroduced the "classic" style of gameplay that had been missing since Mario Party 8 in 2007. Mario Party is the most popular board game gaming franchise out there right now, and while that might not be a particularly hard title to claim, its longevity speaks for itself. One thing's for sure, NDcube will have a challenge on its hands to prove the naysayers wrong and show Mario Party is still relevant to Nintendo.

By the sounds of it, whatever NDcube is working on is only in its early stages anyway. If this is the case, we probably won't be sitting down by the fire to play the twelfth main series entry at Christmas. Even if there are accusations Mario Party is running out of steam, the sales of Super Mario Party and buzz generated by a new game show there's a loyal fanbase. Given the popularity of the Switch's multiplayer capabilities and games like Luigi's Mansion 3 or Hyrule Warriors: Age of Calamity sitting alongside the classic Mario multiplayer games (of which there a lot), a new Mario Party game is sure to be a big hitter.