Okay, where is the bamboozle? Riot Games has announced that a new event called "Space Grooves" is launching on April 1, bringing new skins, emotes, chromas, and more to League of Legends. The content will be unlockable via the event battle pass with patch 11.7. Moreover, Gwen, the Hallowed Seamstress, is live on PTR as well and will be joining the live servers with patch 11.8. While the date looks suspicious, at least the content appears to be legitimate. Beware of shenanigans though!

Seven new skins will be available immediately with the eighth skin "Space Groove Gwen" made available later with the launch of the new champion. The seven characters receiving groovy attention are Lux, Samira, Nunu, Rumble, Nasus, Blitzcrank, and Lulu with the latter also having an available option for a Prestige Edition. 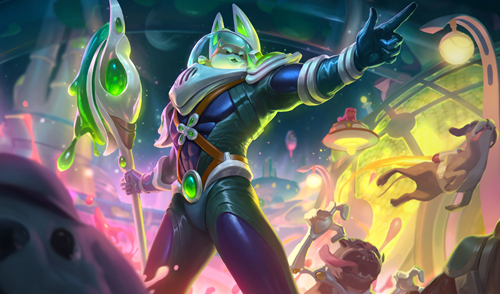 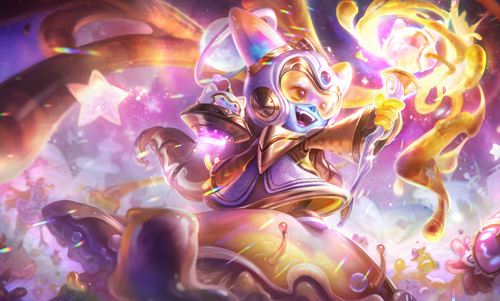 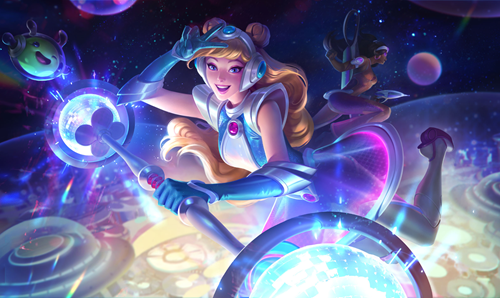 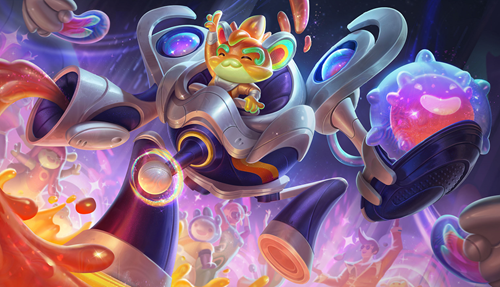 On top of skins and emotes, the popular game mode One For All is also back in play. For those unfamiliar, the game mode pits players into a 5v5 match with the only modification being that every player on a team has to play the very same hero in the following match. Picks are determined by an adjusted pick ban system to make sure the champion everyone ends up playing isn't too terribly unfun for everyone involved as chaos ensues on the map.

Not getting enough of dolls turning into a menace, Gwen will be hitting the PBE client today too. Fortunately, Gwen is determined to use her gift of life to bring positivity to the world as a sort of ambitious version of Edward Scissorhands. In some ways reminiscent of Irelia, Gwen's passive deals on-hit damage and heals her, with her Q-ability Snip Snip! appearing to be a powerful tool for lane annoyance.

Survivability is built into her kit with Hallowed Mist, her W-ability which allows her to be shrouded, increasing her armour and magic resistance and being untargetable by enemies outside the mist. Lurker much? Her E Skip 'N Slash gives Gwen some much-needed mobility while empowering her basic attacks, too. Her ultimate Needlework allows for once again Irelia-esque projectiles while rewarding hitting those skill-shots as each consecutive charge of the three does more damage and applies Gwen's passive.

Whether or not Gwen will be power-creeping Irelia is a valid concern in the community which the PBE might reveal. Likely a lot will come down to the specific numbers and their fine-tuning during the public test. Let's wait and see how deep her introduction cuts.

Advertisement
Trending
LOL
Team Liquid Coach Claims Alphari Benching Wasn’t 'Spur Of The Moment'
LOL
Schalke 04 Confirm They're In Talks To Sell $36 Million LEC Slot
LOL
Broxah Claims 'The Jungle Role Is Easier To Play Than It Was 2-3 Years Ago'
LOL
Hanabi: ''This Year I Want To Get Into The Finals''
LOL
League Of Legends Player Creates Lady Dimitrescu Evelynn Skin
Advertisement
Related Articles
Documentaries / News
The Teams and Players You Need to Watch at MSI 2021
Documentaries / News
Milestones | Joe "Munchables" Fenny, LPL Commentator
LOL
Double Trouble: PSG Talon's River And Kaiwing Talk Rumble Stage
LOL
RNG Won The 2021 MSI Finals Over DWG KIA - And Here's How They Did It
LOL
Where Does The LCS Go From Here?
Advertisement
Scroll to read
LOL