Shanghai authorities are reportedly investigating cases where League of Legends Worlds Finals tickets are being resold for over $4k.

We're on the cusp of the esporting event of the year as fans get ready for the upcoming League of Legends World Championship Finals. With it being such a hotly contested competition, it's no surprise everyone wants to attend the Shanghai finals. Just like a Britney Spears or Beyoncé concert, it means the sold-out tickets are currently going for thousands on resale sites.

The LoL Worlds Finals are extra big this year as it represents something of a return to normality as the first major event to have a live audience since the world went into lockdown due to COVID-19. With LoL fans set to descend on Shanghai, people from all over China have been desperately clamouring to get their hands on an elusive ticket. Unfortunately, some unscrupulous touters are using this to their advantage and charging whatever they want. Sixth Tone
@SixthTone
Shanghai police are investigating scalping in relation to the 2020 League of Legends World Championship Grand Final. With 3.2 million fans applying for 6,321 tickets distributed via a lucky draw, a scalped ticket is said to go for $4,487.
Related read:

While touts are charging through the roof for tickets, you might be spending all that money on a worthless ticket. Riot has promised to take on resales by asking all attendees to bring identification and use facial recognition scanners. Sixth Tone claimed Shanghai authorities are also investigating cases of ticket touting.

The publication told The Loadout how resale values were being based on listings found online, with the highest being 30,000 yuan (around $4,462). With such stringent security measures in place, it's unclear what advice touts have given to buyers, or whether they even care. Either way, potential purchasers should be wary. Spending $4k to stand outside the League of Legends Worlds Finals doesn't sound like a fun way to spend an evening - or your money.

When are the LoL Worlds Finals? 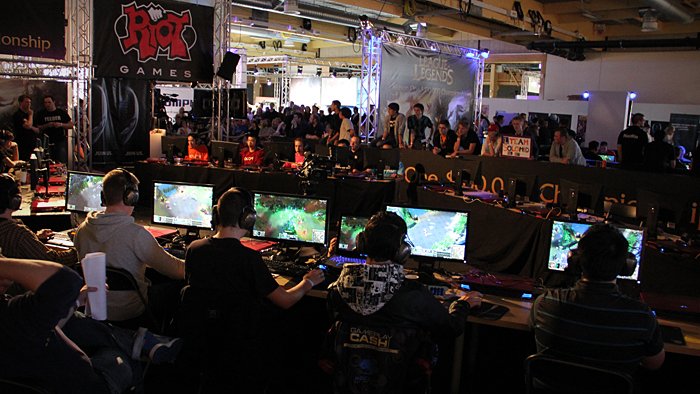 We're edging closer to October 31 and the all-star LoL Worlds final. Shanghai’s Pudong Football Stadium has been transformed into its very own Summoner's Rift as fans from China get ready to enter the arena. Although over three million applied, only 6,312 tickets were available. The random draw saw those lucky few nab a ticket, but for those who missed out, they're still trying to get through the doors.

Congratulations if you managed to be one of the lucky few to snatch a ticket, and if you didn't, better luck next year. As for those still willing to part with their cash on the rare chance of securing a ticket AND making it through security, chances are you'll have to take out a loan to do so.