COVID-19 is ravaging the League of Legends scene as several pros have tested positive for coronavirus in Los Angeles.

Just when it looks like we were getting some form of normality back to the professional League of Legends scene, along comes COVID-19 to ruin all our fun... again. While 2020 was a write-off for many, the esports scene did what it could to adapt to these harsher conditions, and largely flourished. Most of the year moved online and robbed the biggest events of the buzz of their baying crowds. Still, the LoL World Championship went ahead in China, and on the whole, Riot Games' multiplayer online battle arena flourished given the circumstances.

2021 is looking a lot better for LoL, however, a wave of positive coronavirus cases have ripped through the industry and rendered some teams low on numbers for the time being. Much like the situation in the United Kingdom, the USA is on the cusp of hopefully combatting the disease with vaccines. Both the Pfizer-BioNTech and Moderna COVID-19 vaccines are rolling out across America, however, it looks like they haven't reached California in time. With the state being badly hit by COVID-19, and Los Angeles being home to a number of major LoL teams, it's a case of wrong place, wrong time.

Which League of Legends teams have COVID-19? 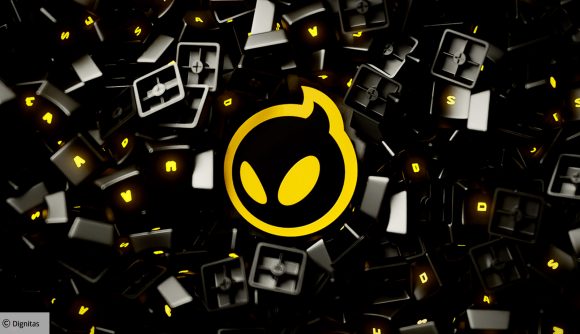 Esports journalist Travis Gafford says Team Dignitas has been caught in the COVID-19 crossfire as "several" member of the team have tested positive. Gafford went on to add that another League of Legends Championship Series (LCS) hopeful is splitting its players up as Immortals will force the team to compete from separate apartments "for the foreseeable future". Gafford says he's reached out to everyone apart from Counter Logic Gaming and C9 (gamer house) to see how the massive rise in LA cases could affect play.

Ironically, the infections don't end there. According to Inven Global, several members of Counter Logic Gaming's LoL line-up have tested positive for COVID-19. The Korean-American esports site first broke the news, which was later confirmed by Counter Logic Gaming's Daniel "Tafokints" Lee. The team is known for competing in LCS and had been practicing from its office. The team has the facilities to do so, and due to the office offering lower ping, players and staff had been going there regularly. Despite everyone being tested regularly, the outbreak has made it into the CLG ranks and forced the facility to be closed down until further notice.

Discussing the positive cases, Tafokints said, "We put everyone in quarantine that may have been exposed, and from there everyone started practicing at home. There's not anyone that's unable to play [due to] direct illnesses... Everyone is playing and scrimming".

How will COVID-19 affect positive players?

CLG
@clgaming
Our players have been resting & recovering well, we appreciate the thoughts and concerns.
Keep your eyes out for more news on our roster as we head in to the LCS Lock In tournament! #CLGFIGHTING
2
94

Although Dignitas' roster won't change during Lock In, other teams could be forced to revamp their squads (albeit on a temporary basis). When it comes to CLG, the positive tests have an altogether more widespread effect in terms of visas. Top-Laner Finn "Finn" Wiestål and jungler Mads "Broxah" Brock-Pedersen are from Sweden and Denmark, with both of them still waiting to get their visas approved. Being quick on the uptake and hoping to nip a coronavirus disaster in the bid, CLG has signed Colin "Solo" Earnest from free agency and promoted Raymond "Griffin" Griffin from the academy team to replace Finn and Broxah.

With the LCS Lock In kicking-off tomorrow (January 15), the timing couldn't be worse for North American teams to be struck by COVID-19. Los Angeles reported 15,000 new cases a day over the festive season, and unfortunately, it's a figure that's still astronomically high. Most esports teams seem to have been quick on tackling the issue head-on, but as the number of cases continues to climb, fans and organisations alike are waiting with bated breath to see if anyone else is ravaged by this deadly pandemic.