The disciples of Crusty are assembling.

Finally some positive news! The Houston Outlaws have signed Jae "Junkbuck" Choi as their co-head coach. He will be leading the Outlaws alongside the other co-head coach Harsha "Harsha" Bandi. Just last week, Junkbuck had won his second title with the San Francisco Shock as their assistant coach, after which he parted ways with the team with both sides sharing their heartfelt goodbyes.

San Francisco Shock
@SFShock
Three years. Two Championships. Shock forever.
Thank you @JunkBuckOW for your hard work, you will be missed. We wish you the best in your future endeavors!
189
3202

"Junkbuck was our first choice for this expanded leadership role and we aim to elevate our team and the city of Houston as esports continues to dominate the sports entertainment landscape," said Chief Operating Officer, Lori Burgess in a statement to Checkpoint XP. Junkbuck shared that "My goal in Overwatch is to never stop improving, challenge myself and develop winning teams. I am very excited to help the Outlaws become one of the best teams in Overwatch and make the fans proud. I am looking forward to joining and working with an amazing staff and roster of new players."

Houston Outlaws
@Outlaws
Welcome to H-town.
Please give a warm welcome to @JunkBuckOW as our Co-Head Coach for the 2021 season!
#AnteUp
📰: 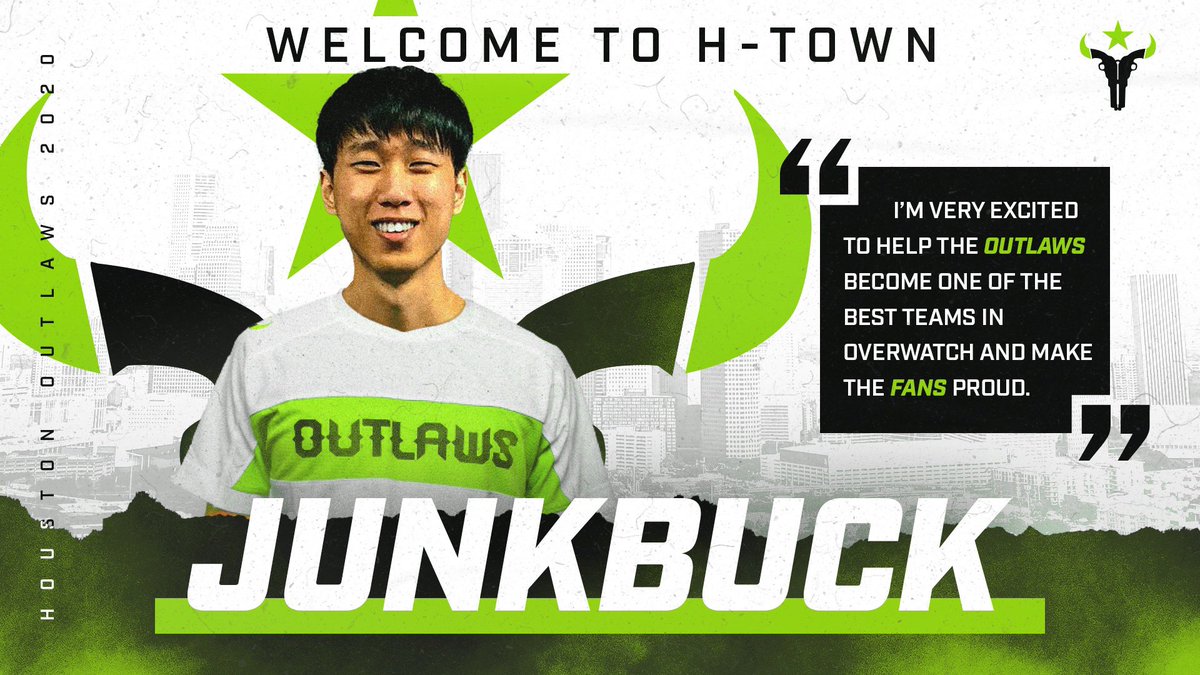 Five players of the Outlaws had recently announced that they would be going into free agency with Tae-hong "MekO" Kim posting a 'Looking For Team' Tweet just last night. While it's unknown if any of the soon-to-be free agent players will be re-signing with the Outlaws, the fact that none of these players received direct renewals on their contracts (with some them letting their contracts expire) hints towards a new approach in Houston under the new co-leadership. In conjunction with the emphasis of "new players" in Junkbuck's statement, their transfer moves suggests a fresh look coming to Houston in 2021.

Junkbuck and Harsha are not strangers, having worked together for the Shock during season one. With the propensity of players to follow their former coaches around to their new teams, it could open exciting options for the Outlaws efforts into season 4 if the duo can inspire confidence in the transfer market that they will be a strong team coming into the next season.