A diverse meta, resurgent teams and exciting upsets to our hearts' desire

The 25th week of the Overwatch League came back cooking with exciting meta differences between the Asian and the North American teams and overall different styles across the board for many teams. Genji remained a staple with more flexibility on the second DPS ranging from Sombra to Tracer to Ashe. The support lines were also adapted to style and map geometry, with all Support Heroes played at some point this weekend. Tanks also saw a burst of diversity, with teams embracing dive tanks including Wrecking Ball as well as Zarya Dive Comps, with all kinds of Off Tanks being played too.

Stirring the pot with all kinds of ideas thrown in together made for a highly volatile concoction, delivering several well-earned upsets in the process. In our preview piece, we presented guiding questions for the matches going into this weekend, now it’s time to compare recipes.

MATCH OF THE WEEK: FLORIDA MAYHEM VS SAN FRANCISCO SHOCK

As pointed out on Friday, the Shock have an uncanny ability to play the hero Genji as a unit. They understand setups, pacing and openings and thus many proficient Genji players would shine in this team. On top of that, Sean Taiyo "ta1yo" Henderson is also an outstanding Genji player, fitting like a glove into the Shock’s system. Florida by no means had a bad performance, which makes the outcome of this match a strong indicator where the Shock will be heading in the post-season given the likelihood that these compositions will continue being meta defining. Call them Florida Earthquake because they come after Shock.

Where is your mind at, Boston Uprising?

It wasn’t close, but it wasn’t a stomp either. After a rough couple of weeks, the Uprising still haven’t lost their competitors' spirit and put up a valiant effort against a team like the Reign who shouldn’t be underestimated in this meta. Losing against Atlanta, described as the ultimate gatekeepers between the good and the bad teams, is not a terrible result at all. Unfortunately, it also wasn’t enough to make Bostonians dream of greater things in the Countdown Cup or in the playoffs. Stay strong, Uprising fans!

The best method of predicting this match was a coin toss and we won.

Some matches are played in dimensions mere mortals can’t comprehend. The Hunters seemed to have regained their confidence in their unique style of play and the league will be better for it. Fielding almost every player on their starting roster on their comfort pick has paid off.

Is this another meta the Dragons will be dominant in?

While dominance of another meta has not been on display in this match, the Dragons’ second wind was once again very impressive. On many occasions, this team has proven their incredible tenacity and stamina, and you can’t give them an inch until the last objective is captured. This is the quality of a team that believes in itself and one that delivers one of the key ingredients to a great grand finals experience - if they were to get there.

What's it gonna be, NYXL? Now or never?

Choosing their fate, NYXL channelled their inner Chengdu and might just be on the path of glory. It was an important victory against their direct opponent in the battle for the important second seed in the Asian region and NYXL’s superior map record might just help them out if they can catch the winds of this meta and sail into the Countdown Cup final for the bonus wins.

Will the Titans take the opportunity to try something out?

Unfortunately, the Titans became the guinea pig in this match, being speed run by the Shock with both Matthew "super" DeLisi and ta1yo on Genji. The context of this loss should not overly discourage them, however, seeing how the Shock appear to be back to their bloodthirsty self which few teams could handle.

Can the Justice show signs of a promising rebuild?

The Justice didn’t show it in this game - but against the Outlaws. Florida themselves, despite what the scoreline against the Shock may suggest, is a formidable team in this meta though you would’ve liked to see the Justice put up at least a little bit more of a fight here. The victory against Houston is a starting block for confidence in at least some of their pieces, though that signal is equally weak to what was signified by the Mayhem match.

Deep breath. This is one for your confidence, Dallas Fuel.

The first two maps are what the Dallas Fuel should be doing with their stacked roster and the last half of it was where their play tends to drift towards. Nevertheless, you didn’t really let it get close and Boston had enough bite for you to cherish this moment. The upcoming matches against the Fusion, Reign and Gladiators will be a true test of character and you needed all the momentum you could get.

Now or likely never, what will it be?

The two fights in front of point B on Route 66 will haunt the Gladiators dreams, who by all means had major advantages coming into both of them. Especially on defence, they bungled a hefty numbers and spawn advantage and allowed Fusion to come back into the game. On the bright side, the Gladiators’ performance was beyond what fans could’ve reasonably hoped for and with six more matches left in the season, they will have ample opportunity to repent.

Chengdu Hunters
@ChengduHunters
After rigorous trials and consultation, we are pleased to announce that Chen "Chen" Murong will be joining the Chengdu Hunters as Co-Head Coach.
Chen will be with the team at least until the end of the season, when we will review our coaching staff.
#LetsGoHunt #OWL2020 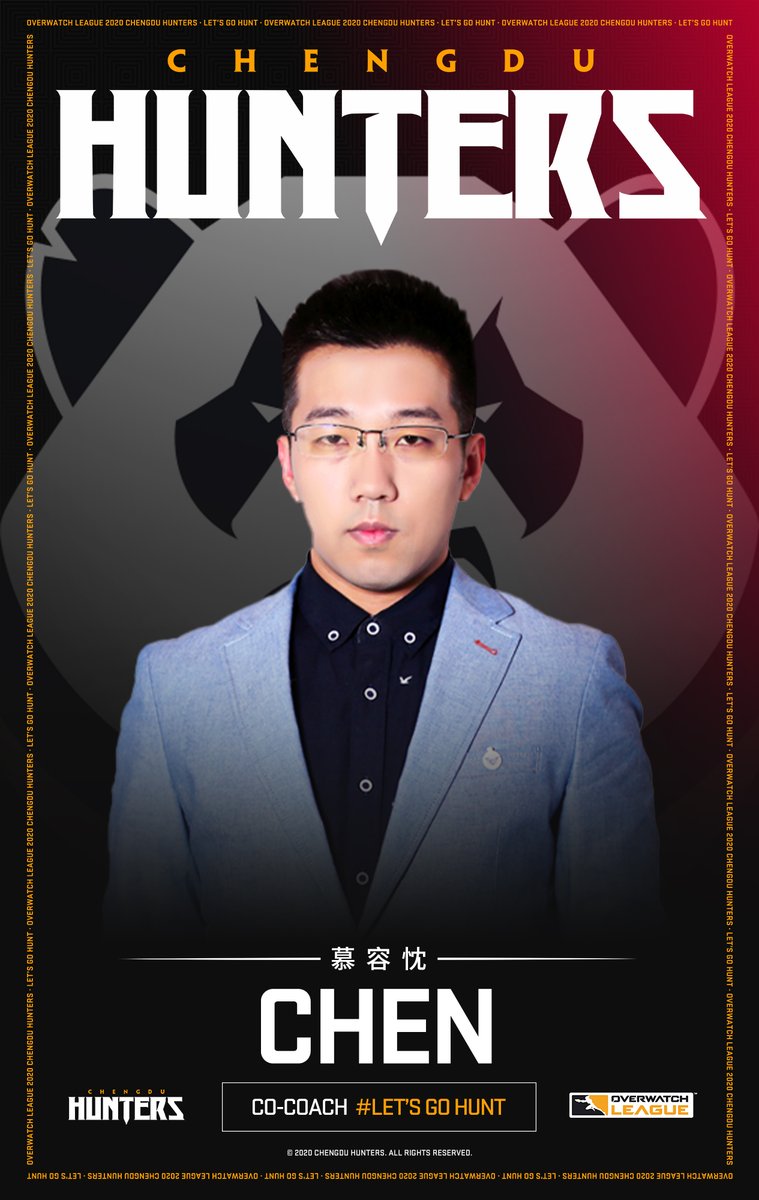 When I wrote this, it was meant to be a jab at a second highly volatile match against an opponent that had shown to be just as inconsistent as the Spark. I didn’t anticipate that the Hunters would take the momentum of the victory against the Seoul Dynasty to absolutely crush the Spark here. The peaks of the Hunters at their best are a beauty to behold and the arrival of new co-head coach Chen "Chen" Murong seems to coincide with the re-emergence of it.

We’ve had close matches between these teams and we’ve had stomps. This one, despite what the scoreline may suggest, was the former. It’s sobering solace for the Dynasty, who had to die once more and try another time to defeat the opponent they so rarely get past.

What are the Gladiators really made of?

It turned out that the quality of character of the Gladiators wasn’t really called into question as a major takeaway in this match, though they proved their ambition against the Fusion. However the key information is that the Eternal are the real deal and if the meta remains in proximity of what is played now, this team will face the Shock in the effective final, no matter at which point in the bracket this match happens. We theorised in the pre-season that this team could be making a dark horse run with their full roster being eligible, but the fact that they are in this state, with everyone fully integrated is frightening for every team that isn’t the San Francisco Shock.

Kyung-bo "Alarm" Kim on Zen in practice range, the match.

Can the Outlaws stay consistent?

Unfortunately for Outlaws fans, this wasn’t the case. It’s hard to clearly locate why the Outlaws seem to have to take a step back before they can move one forward but at least their general trajectory has been moving upward though not enough to win either of the last two very winnable games. As the end of the regular season looms the Shock and we have an idea where this will go, don’t we?