Here is a complete guide for choosing the best shotgun in Fortnite.

Fortnite has a long history of adding new weapons and making the game interesting for everyone. Starting from the initial weapons like the assault rifles, tactical shotguns, pistols, the game has grown tremendously, and experiments with new weapon types added some exciting changes. However, if you would ask any veteran player of the game for their favourite weapon, chances are you would hear the name of the infamous Pump Shotgun.

Pump Shotguns were introduced way back in the game's earlier seasons, and they slowly become fan-favourites. Many players had nightmares of the 200+ headshots and hated that weapon equally, and requested the developers to either nerf or vault that weapon completely. Adding more to troubles, players came up with a 'double pump' strategy, which helped them avoid the short time of reloading the weapon and instead switch to another Pump Shotgun to shoot faster. Epic Games removed this strategy from the game as the developers added a shotgun buffer time, which discouraged players from using this tactic effectively.

Later, the Pump Shotguns were nerfed heavily, and many new shotguns were introduced to the game, such as Charge Shotguns, The Dub, Barrel Shotgun, and many more, to compensate for the weapon's lack of power. However, the community was stubborn and used the Pump over any other shotgun in the game, which caused the developers to vault the weapon and try out a powerful solution for this problem. Pump Shotguns were vaulted in the current season, and the players were forced to adapt to either the Tactical for the burst, or switch to Charge Shotguns for dealing heavy damage to the enemies.

Fortnite recently pushed out the v15.20 update, which included a new shotgun named the 'Lever Action Shotgun'. The weapon has substantial damage, and the spread of the weapon is similar to the Pump. However, the double pump strat cannot be exploited with this weapon. Sometimes, the weapon is inconsistent; therefore, players will have to get close and messy with the enemies to get the most out of this weapon.

The Lever Action Shotguns come in all rarities, which steeply increase damage and lower the weapon's reload time. It has six pellets and has a unique recoil style, which flips the weapon after shooting it. It has filled the void left by the Pump, and many streamers have welcomed the addition of the weapon in the game. SypherPK, Muselk, and a few other streamers have agreed that the weapon is the best possible replacement for the Pump, and deals reliable damage at close range. The only bad side to it would be the equip time, as streamers have suggested that it could use a buff in that department to make it a potent weapon for using after completing an edit in Fortnite.

Nick Eh 30
@NickEh30
I feel the Lever Action Shotgun could use a buff on the equip time, then it's great!
Timing is too slow when you edit and try to pull it out/shoot.
33
2016

Therefore, it is safe to assume that the Lever Action Shotguns are the best in the game, and they bring the best damage and magazine size in Fortnite Battle Royale. Epic Games have finally found their replacement to the Pump, and it should help them make the game a little fairer and balanced for the players.

COMPARISON TO OTHER SHOTGUNS IN FORTNITE

Here comes the big question, should you pick this shotgun up in place of the other shotguns present in the game right now? The shotguns which rival the Lever Action Shotgun are the Charge Shotguns, Tactical Shotguns, and The Dub. 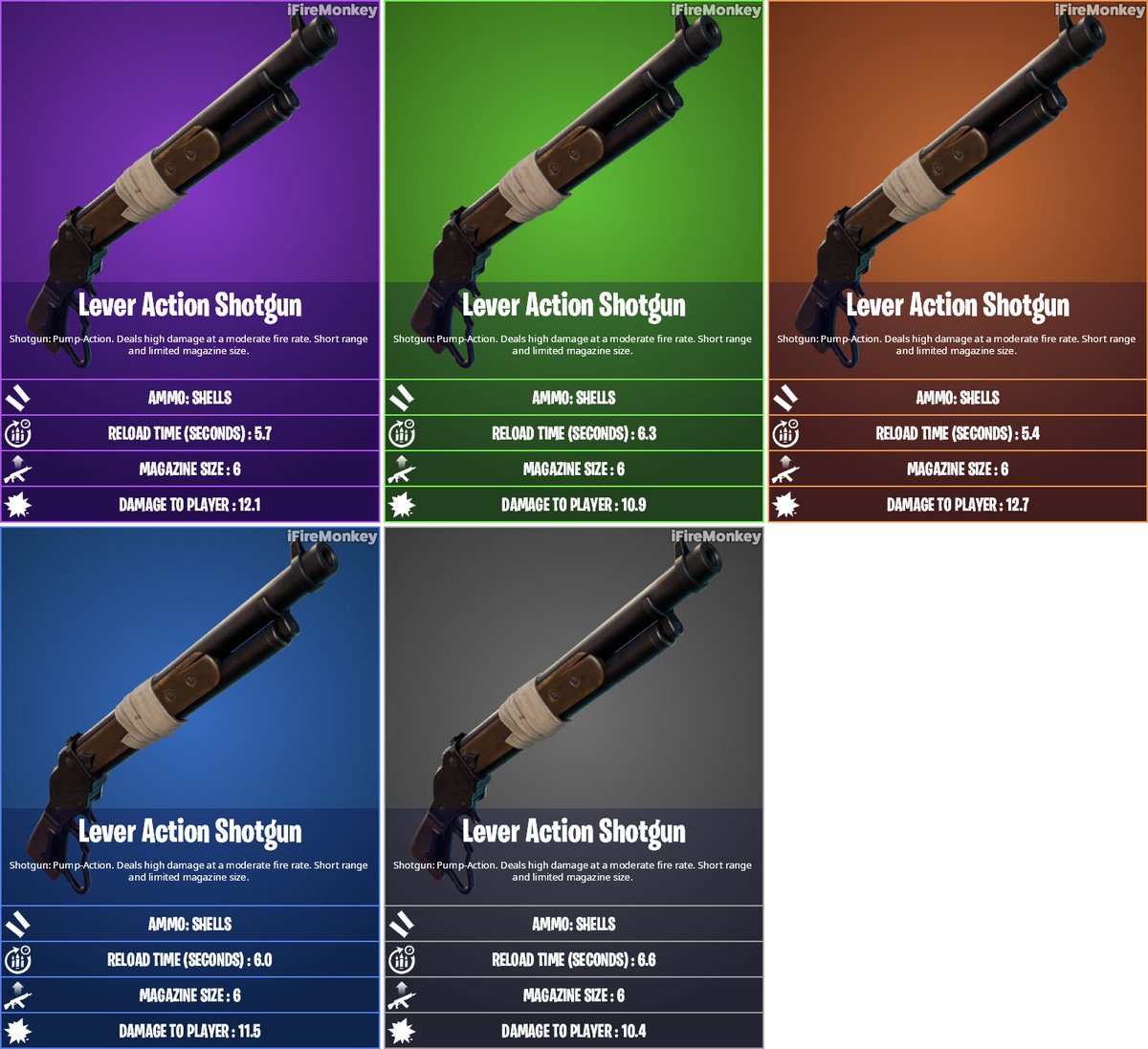 The Dub isn't a reliable weapon and is mostly used to mobilise during a build fight. If we consider the Tactical Shotguns, it cannot match the weapon's damage output; however, it is suitable for players who aren't confident with hitting their shots and want to spray their way out of the gunfights. For the Charge Shotguns, the raw damage output is somewhat similar; however; the Lever Action Shotgun doesn't need to be charged, which is suitable for newer players.

In the past, players hated the Charge; however, many players and professional players adapted to the weapon's playstyle to take advantage of the raw damage. However, with the Lever Action Shotgun, players can happily switch to this shotgun knowing they are having the best of both worlds.


ARE LEVER ACTION SHOTGUNS THE BEST?

Lever Action Shotguns have been well-received by the Fortnite community, and many players have been using them. But is it truly the best shotgun weapon in the game? To answer this question, we will have to compare them to the existing best shotgun in the game, the Pump. Both of the weapons share the same statistics. The damage and spread are almost similar; however, the Lever Action Shotgun's headshot multiplier is 1.75x compared to Pump Shotgun's 2.0x ratio, which could be a deal-breaker to many gamers.

However, the Lever Action Shotguns have the perfect damage and accuracy attached to them. Most importantly, players wouldn't be able to say the newest weapon is weak or it's too overpowered. It's just perfect.