Import Mid-Laners Thoughts On Their LCS And NA Experience

As arguably the most important role in the game, with its ability to influence the map due to its position in the middle of Summoner’s Rift, the mid-laner can be a building block for any professional League of Legends team.

For North America, the League of Legends Championship Series (LCS), this role has been an issue when it comes to talent being cultivated for it throughout the years. This, in turn, has forced LCS teams to look elsewhere for a good building block — Europe has been the main culprit.

Whether it’s North American SoloQ or how fans, viewers and the general community view and treat them, all of the import mid-laners have their own story to tell.

We had a chance to speak to all five of the import mid-laners and asked them about their experiences in the North American scene, topics like SoloQ and the region’s reactions to their individual play came to mind.

Jiizuke has been in the LCS for around a year and a half. During 2020’s Summer Split, he was benched and had little to no chance to return as the team decided to go with North American native and now retired, Greyson “Goldenglue” Gilmer. Once in 2021, that changed. Evil Geniuses announced their starting roster for the season’s start and Jiizuke was named their starting mid-laner once again.

During spring, Jiizuke surpassed expectations. He, alongside the rest of the Evil Geniuses squad, started the season with a bang, particularly in the LCS Lock In tournament. Although the team’s overall performances didn’t roll over to the regular season as inconsistencies arose, Jiizuke’s did. According to him, it certainly did, but in his eyes, it felt like it was all for nothing, as one single play tainted it.

“To be fair, not so good I’d say. To make an example would be the last split I played in LCS, this spring split 2021. To me, I played really good but the whole performance, all my stats — which I never played for stats, I’m just playing like I’m me every single game still, and I was like rank 1, rank 2 on every single stat. And all that was clouded by a single Lucian game that we were all inting a bit but the most famous was my dive but everyone inted on some team fights and that’s why we lost,” Jiizuke explained.

“Why I make that example is because if I did this in Europe or, let’s say I was in LPL or LCK, the thing is different because there are players like this everywhere. Caps in Europe, Rookie in LPL [...] even Chovy sometimes, he has bad games, but the important thing is what you do for the most part,” Jiizuke said, “To me [in] the split, I played good, for the most part — 80%, 90% and I had some bad games, but we’re human, right? Everyone can make mistakes. It was clouded so hard; to me my performance last split was worthy of top one, top two mid-laner. And if I did that in Europe, I would be treated as such but in NA, I was just ‘haha, he inted there.’ It sucks, you know?”

Contrast this with PowerOfEvil, who’s been on a number of teams since his inauguration to pro-League of Legends play, playing on big-name teams such Unicorns of Live, Origen and Misfits in Europe to then join the likes of Counter Logic Gaming, FlyQuest and now Team SoloMid in North America. He has personally enjoyed his stay in the region so far. 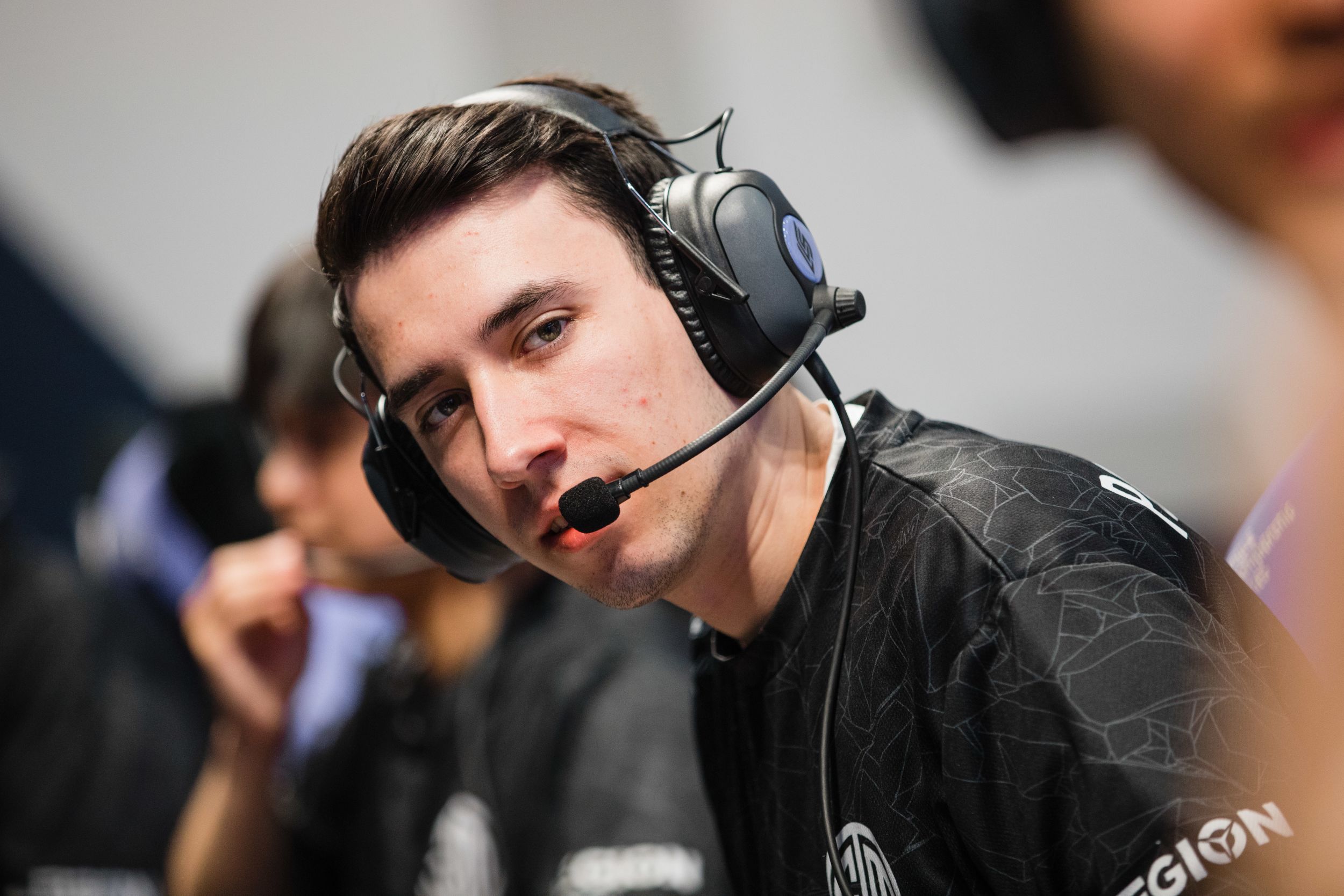 Like the two players that were just mentioned, Jensen has had experience in the North American region. But unlike them, Jensen has a unique perspective. Although he’s from Europe, he didn’t quite get to play at the professional level in that region, thus making his experience different compared to all of the imported mid-laners.

Out of all of the five mid-laners, Jensen is by far the most tenured with over six years of play in the region. He first started out with Cloud9 where he came up short multiple times to later making LCS history with his joining of Team Liquid — becoming part of the legendary dynasty that won four LCS titles in a row. As the only import mid-laner who is a North American resident, Jensen had his own view on North America, particularly its SoloQ.

“Growing up I used to play strictly in EU and all that kind of things and then [...] I’ve been playing for six years in North America now, and it feels like a lot more chill in a sense. When you mess up in SoloQ and stuff, people don’t really type to you. Even if you’re having a bad game, it kind of feels like no one really cares too much,” Jensen said. “Whereas when I grew up playing EU SoloQ if you f---- up people will let you know you f--- up basically,” Jensen laughed. “I think people can get complacent here, so you kind of have to I guess be aware of how you’re playing yourself a lot and just focus on yourself if that makes sense. I never really played pro in EU, so I don’t really know too well how to compare it, but enjoy my life here in America. Playing pro has been a pleasure.”

As the two newest additions to the league — pertaining to imported mid-laners —, both Perkz and Abbedagge had more reserved answers. In a lot of people’s minds, Perkz was the offseason move this past offseason, and this is the player whose role swapped from mid-lane to AD Carry before it was cool to role swap. Having played in G2 Esports for five years, his sudden joining of the LCS brought in a new perspective. In many’s eyes, Perkz is the Western G.O.A.T. (Greatest Of All Time), his resume of eight LEC (some of them in the former EULCS) titles, a World Finals appearance and a Mid-Season Invitational (MSI) championship show that.

As the most coronated player in the West, here’s what he had to say on his North American experience so far.

“It’s been pretty not bad, it’s been pretty good. SoloQ is slightly worse than in EU, but I don’t think it’s that much of a difference. Honestly, it’s been good. I didn’t have any expectations really because I didn’t know what I was going into, but the level of play is definitely slightly lower than EU. It’s still not bad,” Perkz said.

Like Perkz, Abbedagge is new to the LCS this season. Having just joined 100 Thieves in the break between spring and summer, out of all of the mid-laners he’s had the least experience in the region so far.

Welcome @AbbedaggeLoL to 100 Thieves as our starting LCS mid-laner for the 2021 Summer Split! #100T pic.twitter.com/nxOfdNGiFu

“I think [...] it definitely feels different when you play League of Legends here against other teams. I think every region has their own playstyle and tendencies, so I’ve just been observing. I think other mid-laners are good as well. But, I’m still pretty new, and you cannot say that much when I’ve only been here for three weeks, not scrimming that long.”

Each mid-laner has had their fair share of experiences, and due to the nature of each playing for a different team, it vastly differs. Success and failure are massive dictators for this, especially when it comes to a region like North America, who is subject to constant ridicule and criticism year after year. For a tenured mid-laner in the region like Jensen to a newcomer to Abbedagge, only time will tell how their experiences will culminate.

Related Articles
LOL
What If Cloud9 Made Worlds? We Lay Out One Of The Possibilities
LOL
100 Thieves General Manager Says They Are 'A Big 4' Team
LOL
A Returning Opponent - CoreJJ And His Enemies
LOL
LEC Match Of The Week: Rogue Vs Fnatic For #1
Sponsored Content
LOL
The Heist Is Beginning To Take Shape - 100 Thieves Are Strong
Advertisement