Hungrybox: a retrospective on the #1 player

When you think of esports nowadays, titles such as Fortnite, Overwatch, Counterstrike, and League of Legends all come to mind. These titles are synonymous with the current competitive esports market and are household names to both casual and hardcore gamers. What most don't realise, however, is one title has dominated the competitive gaming scene for almost two decades - a game that is still close to many people's hearts to this day: Super Smash Brothers Melee.

Super Smash Brothers Melee has a very active competitive scene, with its top players still going head to head at Smash face-offs at EVO, E3, and other huge gaming tournaments. Whether they find themselves playing in a huge convention hall, a small town arcade, or the local mall; passion drives Melee players to perform and show support for this pinnacle game. Despite being an older release, many Smash Brothers players consider it to be the best instalment in the series.

Melee is such an important instalment to the Smash series that many players oftentimes compare newer Smash releases to it. For example, Super Smash Brothers for Wii U was widely panned by Melee players due to its different, less fluid playstyle, as compared to its predecessor’s dynamic and extremely fluid playstyle. Melee is easy enough for a casual gamer to pick up and play with their friends, yet technical enough for players to develop intricate techniques, rising up the competitive ladder as they do.

In the Melee community, there are five players that have risen to god-like status in the eyes of their fans. These players have perfectly fine-tuned their techniques, found the character (or characters) that they perform best with, and have learned the intricacies of Melee inside and out. Juan "Hungrybox" Debiedma, Kevin "PPMD" Nanney, Jason "Mew2King" Zimmerman, Adam "Armada" Lindgren, and Joseph "Mang0" Marquez are the five players that stand on top of the Melee scene, having refined their techniques and honing in on their strengths in the many years it has taken them to rise to champion status.

Out of all five of the aforementioned Melee "gods," one stands out amongst the rest: Hungrybox. Hungrybox has recently been crowned the "World's Number 1 Smash Competitor," but this title did not come easy for him. Over the years, Hungrybox has attended many tournaments, spent many nights playing Melee with friends, and faced many losses. His "Number 1" status did not happen overnight, rather, it was exactly the opposite for him. Hungrybox's first venture into the world of Melee was GIGABITS in 2007. He did not place very highly, but even Hungrybox himself considers that tournament to have been life-changing. He was crushed by his competition, yet his love for the game shone through and made him want to keep playing. He didn't even want to win - he just wanted to enjoy the game because he loved it.

Over the years, Hungrybox continued to enter more tournaments, placing higher and higher until he was consistently one of the top three players in most tournaments. His clutch, defensive playstyle and choice of Jigglypuff made Hungrybox a notorious figure in the Melee community. Despite the many wins he had under his belt, people disliked his choice of Jigglypuff as a main and grew irritated with his defensive playstyle. He was taunted at big tournaments and booed if he won. He pushed through all of the hatred, however, and continued playing the game he loved. The impression that others had of him or his playstyle did not matter: what mattered was that he was playing Melee, a game that he wanted to be the best at simply because he enjoyed it.

Hungrybox's perseverance paid off. In 2019, 8 of the 12 tournaments he participated in were wins. In 2020, he has won 3 of the 5 tournaments he's participated in, including CEO Dreamland 2020 and Smash Summit 2020. Hungrybox participated in COV-AID, a gaming and music livestream benefiting medical professionals and COVID-19 first responders, with other professional esports players and celebrities. On May 8-10, 2020, Hungrybox helped to host THE BOX, a Smash Ultimate tournament, with Jason Le'Veon Bell of the New York Jets.

hungrybox
@LiquidHbox
CEO 4-Peat Champion. 🏆
I have finally decided to pursue esports full time.
Life's too short to not do what makes you happy.
I'll be doing my celebration stream on Monday. Don't miss it.
Starting July 14th, daily streams for everyone.
Thank you for the love.
#WhateverItTakes 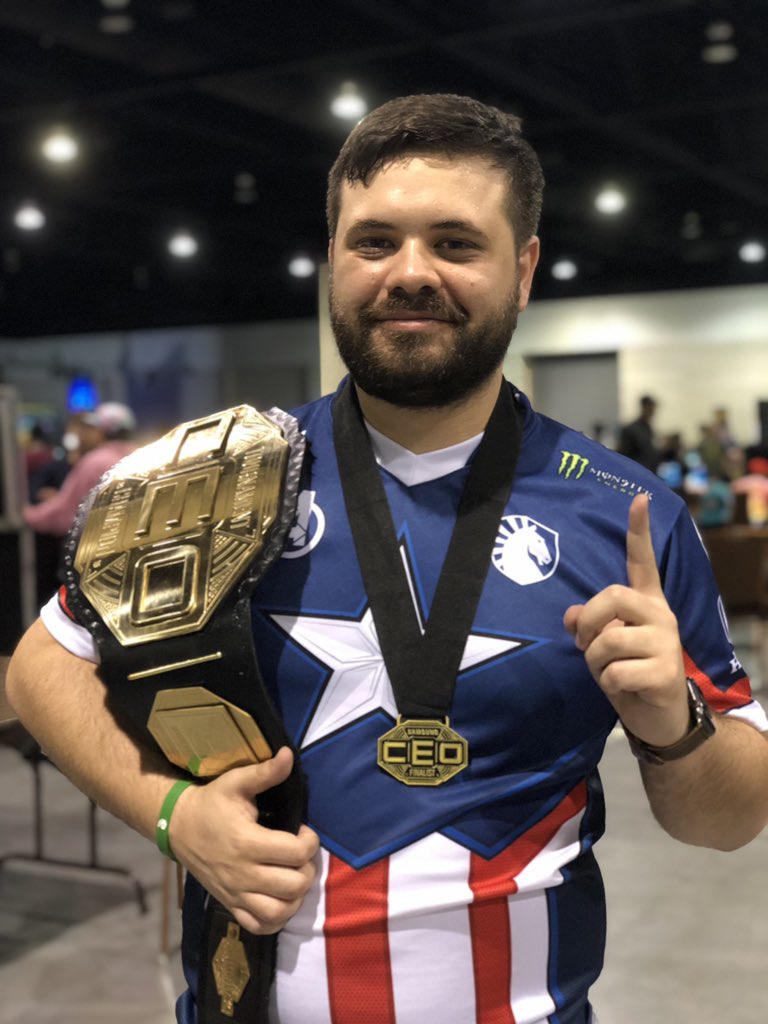 It's astounding and inspiring to think that this engineering graduate, who'd participate in Melee tournaments after studying for exams, would be doing esports professionally years later. Back when he was a student at the University of Florida, Hungrybox would host unofficial Melee matches at his mom's house with 80-90 participants in order to continue developing his technique even when there weren't any tournaments for him to participate in. His style evolved from solely defensive, eventually grinding down even the strongest opponents, to more nuanced, somewhat aggressive, yet still defensive when he needs to be.

This highly varied technique, along with his clutch approach to winning, make him an opponent to take seriously in the Melee scene. In fact, of the five aforementioned Melee "gods" only Hungrybox and Mang0 are still active in tournaments. This makes Hungrybox's success even more inspirational-- he has risen to the top of the game, yet he still wants to improve just for the sake of improving, at this point. The accolades and success come second to him and his love for the game comes first. What got him through his notorious underdog phase still fuels him when he is considered the best player in the world.

Despite Melee's age, it is still a preferred title in the world of competitive gaming. Many other esports titles have come and gone over the years, but Melee has always been there, and it will always be there. With its insanely large cast and extremely malleable gameplay, it’s no wonder that the game is still popular after all of these years. With inspiring, passionate people like Hungrybox at the helm of the Melee scene, the game only seems to be getting more attention from both casual and professional players alike. The game might be 19 years old, yet, in tournaments, it still stands proudly next to the likes of Overwatch, Counterstrike, and Fortnite... and it's not going anywhere soon. People's love for the game will keep it as a staple in the tournament scene; a game that is not only fun to watch, but even more, fun to play.