Esports giant 100 Thieves have opened the doors of their Los Angeles headquarters as a voting centre for the US Presidential Election.

Get ready to fly your patriotic flag high as the 59th quadrennial Presidential Election is just around the corner. The Republican Party's Donald Trump is locking horns with the Democratic Party's Joe Biden, while the American public is preparing to decide who will lead the United States for the next four years.

As one of the biggest esports teams out there, 100 Thieves is also getting in on the action and allowing you to vote at the team's very own HQ. That's right, you can actually cast your presidential vote at the 100 Thieves compound.

The 2020 election is already a bit of a strange one thanks to the ongoing coronavirus pandemic meaning postal votes are set to be more prominent than ever. As Trump and Mike Pence face-off against Biden and Kamala Harris, there are just days to go until the eyes of the world will once again be on the USA and what is arguably the most important political vote of the year. Now, 100 Thieves is doing its bit for the cause.

Earlier this year, 100 Thieves opened its 15,000-square-foot headquarters in the heart of Los Angeles. Alongside this, the team also signed up with CAA, which also represents Tyler "Ninja" Blevins and Dr Disrespect. Being known as more than just an esports team has put 100 Thieves at the forefront of the industry and pushed it into being much more than just a roster of players.

How do I cast my vote at the 100 Thieves compound?

100 Thieves
@100Thieves
For this year's General Election, we're proud to have our @CashApp Compound as an official LA County voting center location!
We're grateful to contribute to our nation in this way. We encourage our entire 100 Thieves community & beyond to VOTE. 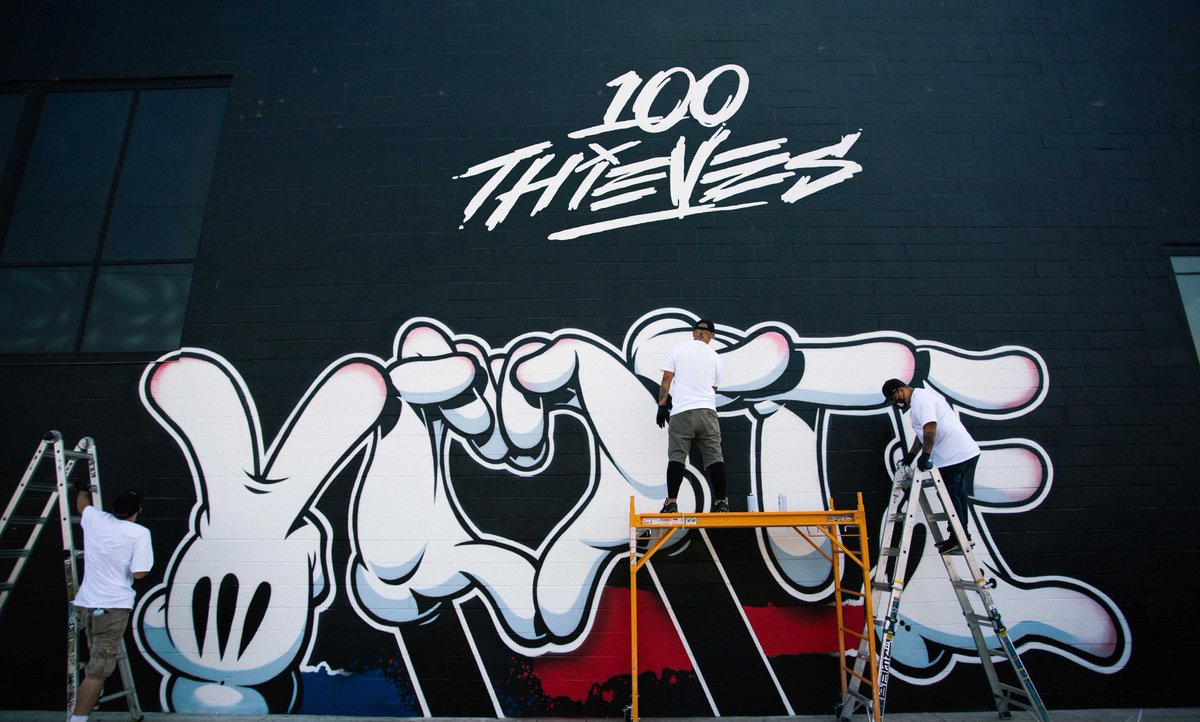 According to the official 100 Thieves Twitter, the “Cash App Compound” will be transformed into the Los Angeles County Voting Center from October 30 to November 3. Heading to 6050 Jefferson Blvd. Los Angeles, CA 90016, you can cast your vote. 100 Thieves has asked all those voting to wear a face covering and gloves while adhering to social distancing guidelines.

At the moment, the side of the building includes a mural from graffiti artist Slick that reads "vote", however, it will be changed to read "we voted" on November 2. In a statement, 100 Thieves founder Matthew "Nadeshot" Haag explained, "Ever since we put down roots in this pocket of Los Angeles with the opening of the 100 Thieves Cash App Compound at the beginning of the year, we’ve been looking for ways to give back to the community.

"We’re thankful to the Los Angeles County Registrar-Recorder / County Clerk for the work they are doing this election season, and we’re excited to partner with them to offer up our space".

How is esports playing a part in the 2020 Presidential Election?

100 Thieves
@100Thieves
Shoutout to Slick for his work on the Compound this week! 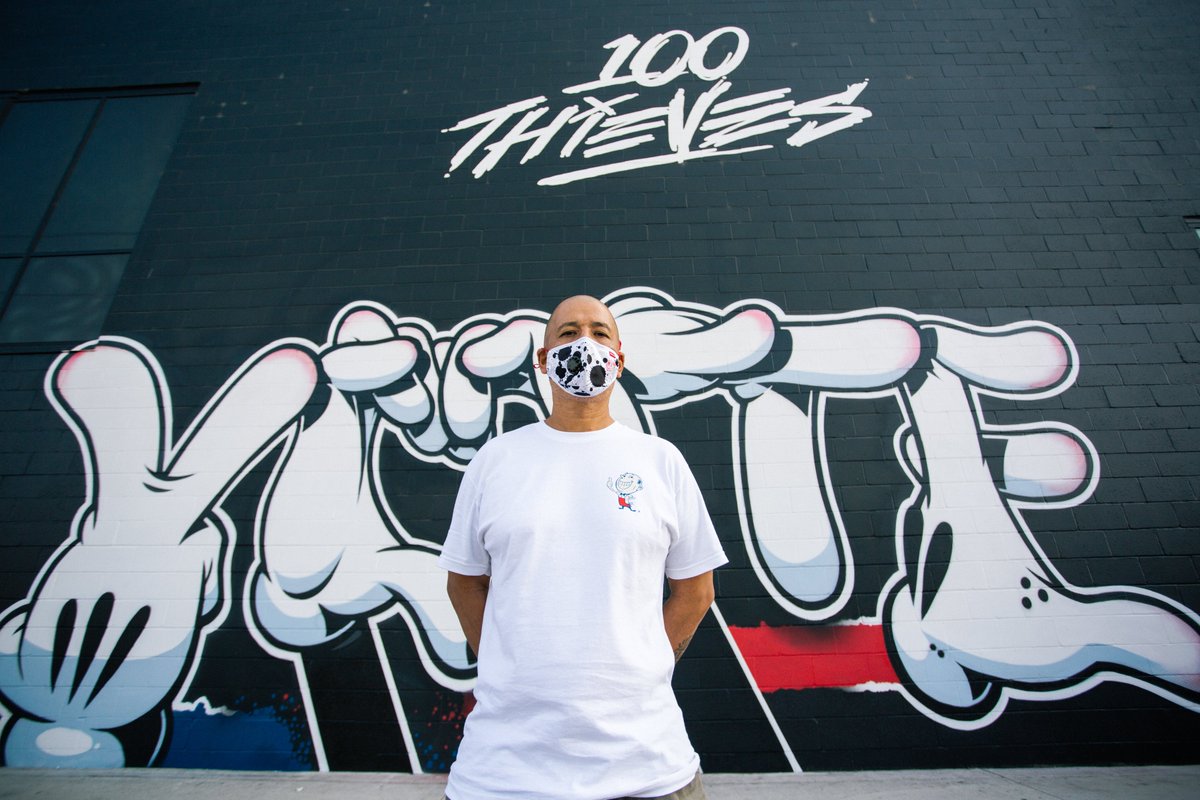 The 100 Thieves HQ becoming a voting hotbed is just the latest collab between the esports world and this year's vote. Only last week, Alexandria Ocasio-Cortez took over Twitch and had one of the biggest debut streams in the service's history. Elsewhere, the Biden campaign set up its own virtual headquarters in Animal Crossing: New Horizons and encouraged players to pop by for a chat.

With 100 Thieves boasting talent like Jack "CouRage" Dunlop and Rachell "Valkyrae" Hofstetter, the team has some of the biggest names around. With this in mind, transforming its HQ into a voting centre is a surefire way to cash in on the young voter demographic. If you're in the area, why not head to the Cash App Compound and cast your vote under the watchful eye of 100 Thieves?