Put your wands away for the time-being.

The highly-anticipated Harry Potter RPG has been delayed.

In a statement on Twitter, the team behind the game wrote: "We would like to thank fans from around the world on the tremendous reaction to the announcement of Hogwarts Legacy from our Portkey Games label. Creating the best possible experience for all of the Wizarding World and gaming fans is paramount to us so we are giving the game the time it needs. Hogwarts Legacy will be released in 2022." 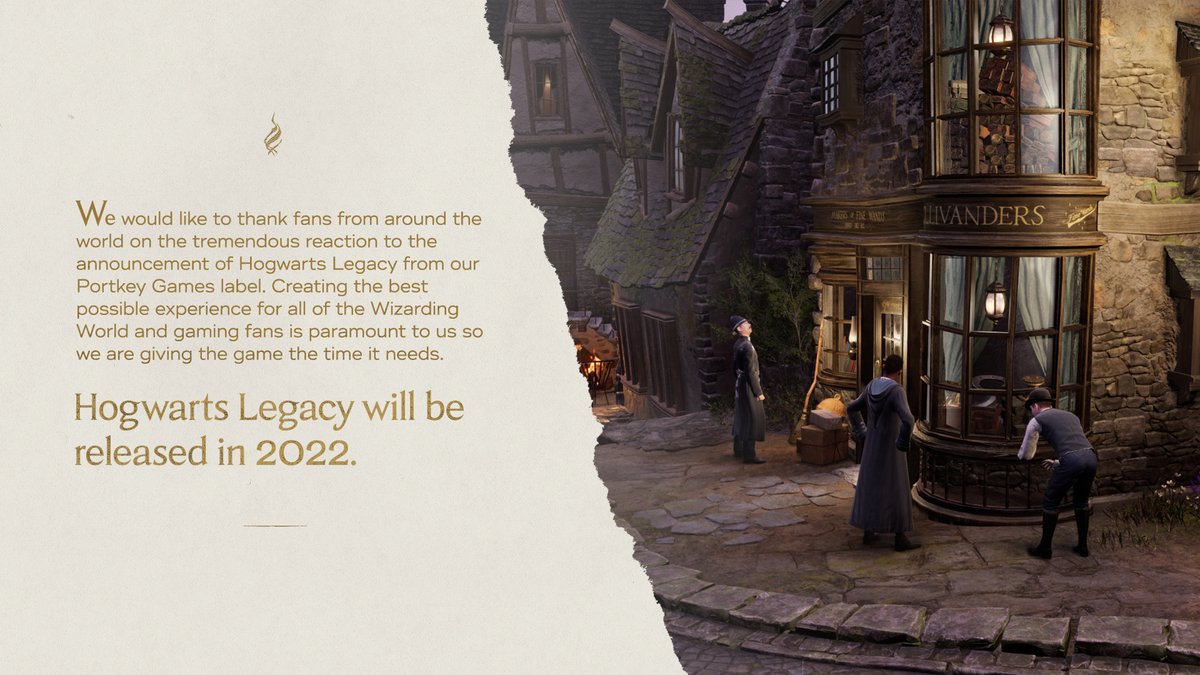 When it does come out, each choice in the upcoming Harry Potter: Hogwarts Legacy RPG will directly impact your experience, as the developers have confirmed that every player will have a morality system which directly correlates to which missions become available.

Set in the 1800s before the times of Dumbledore and any of the Harry Potter or Fantastic Beasts and Where to Find Them cast were born, Harry Potter: Hogwarts Legacy will allow players to undergo missions throughout the wizardry universe, visiting places such as Hogwarts Castle, Hogsmead Village, Diagon Alley, and the Forbidden Forest. You will be able to learn and upgrade some of the classical spells and level up as you progress to becoming a more powerful witch or wizard.

As with most RPGs, the developers have confirmed that your decisions will help play out your own story and 'legacy'. Warner Brother Games Support stated on their website that "Hogwarts Legacy is filled with immersive magic, putting players at the centre of their adventure to become the witch or wizard they choose to be. They will grow their character’s abilities as they master powerful spells, hone combat skills and select companions to help them face off against deadly enemies.

"Players will also encounter missions and scenarios that will challenge their morality and determine what they stand for".