After a string of relatively poor results, Heroic has benched two of their star players and acquired Refrezh and Sjuush.

After a string of somewhat-poor results for Heroic's standard, the organisation has decided to bench two of their finest Danish Counter-Strike: Global Offensive (CS:GO) stars in Johannes "b0RUP" Borup and Nikolaj "niko" Kristensen.

Their prime players have been a part of the newly-formed roster that was built in April 2020, after niko was pried for the grasp of OpTic Gaming and b0RUP resigned after the deal that would see Fun Plus Phoenix sign the roster fell through.

Heroic's current composition took home first place at Week Five of the HomeSweetHome series before adding more silverware in the shape of Loot. Bet Season 6, DreamHack Open Fall, and most importantly the ESL One: Cologne EU championship. With a multitude of gold medals around their necks, the move to bench both niko and b0RUP has come as a huge surprise, despite sup-par results since November. 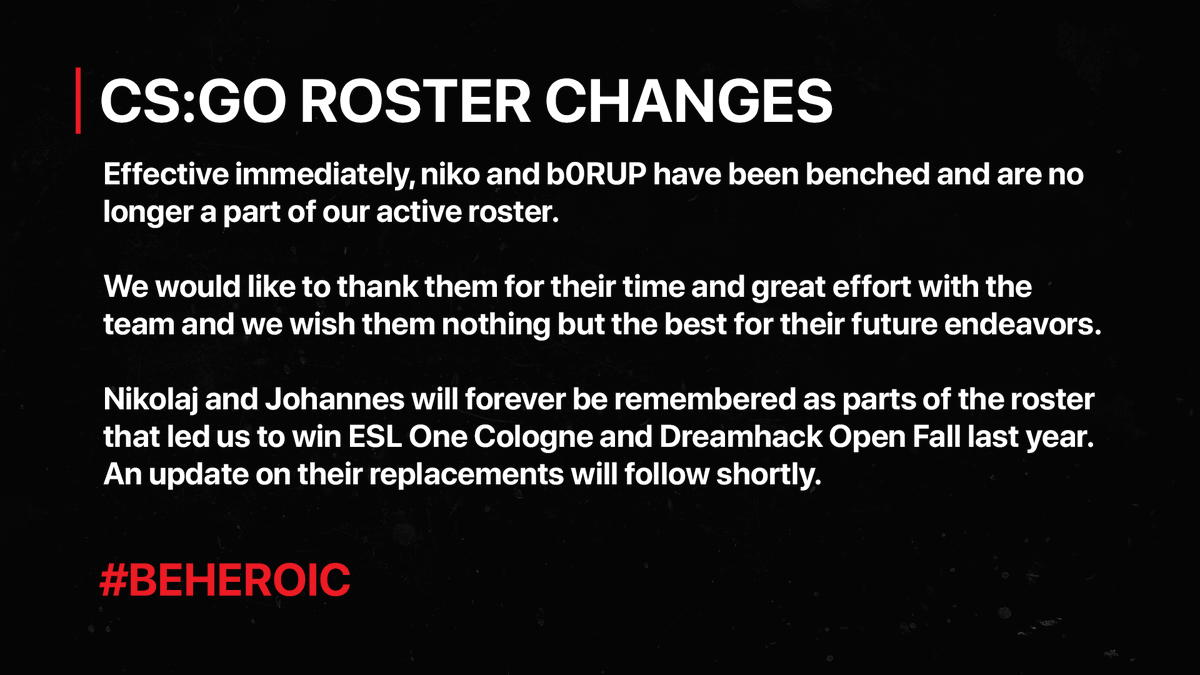 Coming in as replacements are fellow nords Ismail “Refrezh” Ali and Rasmus “Sjuush” Beck. The pair joins from the gnashers of Mad Lions, who would have undoubtedly wanted to keep the pair. For Refrezh, this means he will have to part ways with partner Rasmus "HooXi" Nielsen, in order to make the step up.

Speaking in a press release, Sjuush stated: "Joining the Heroic family makes me feel at home, and I can’t wait to start working hard with the boys and prove that this team will be one to remember! This is an amazing opportunity for me, and I know that we’ll do our best to get some big wins".

HEROIC
@heroicgg
We are excited to announce that sjuush and refrezh are part of the Heroic family! ðŸ˜
Read More:
#BeHeroic 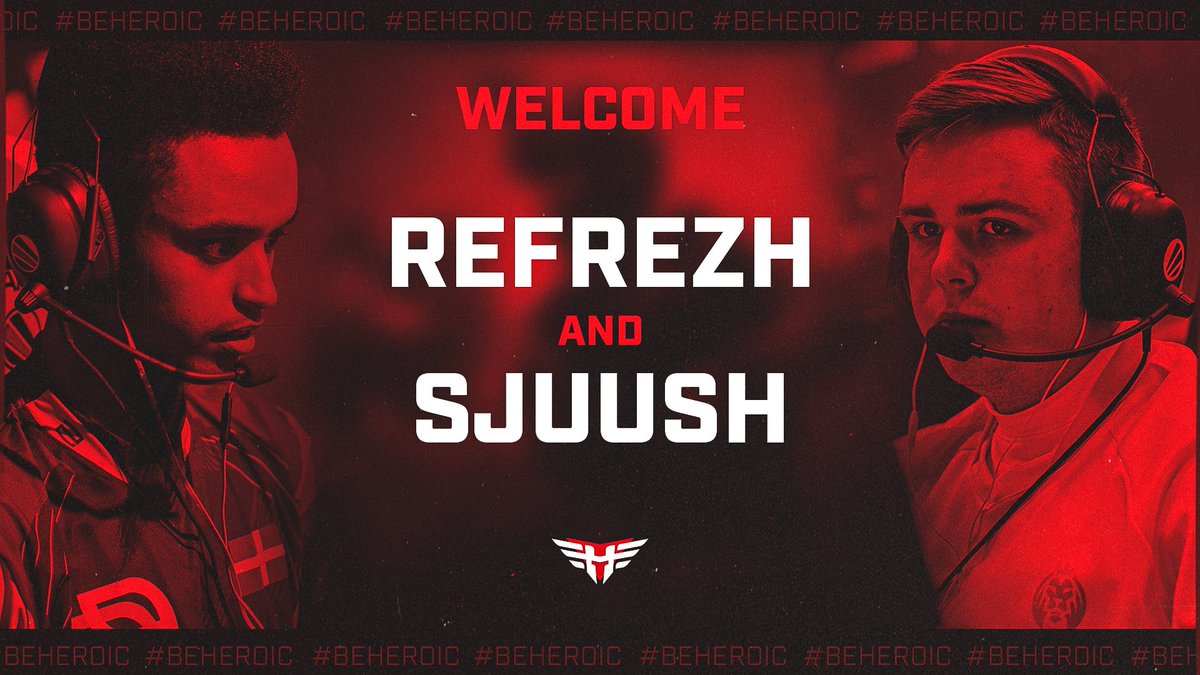 Coming up for the new Heroic roster is yet another colossal ESL Pro League tie with $750,000 up for grabs. Kicking off on March 8, Heroic will need to embed both Refrezh and Sjuush rapidly to come out ontop.