God of War director Cory Barlog wants to head to that galaxy far, far away and create a Mandalorian game based on the fan-favourite bounty hunter.

God of War director Cory Barlog could be about to put down his Leviathan Axe and pick up a beskar spear as he pitches his wild idea for a game based on The Mandalorian. While the wide world of Star Wars games was once defined by abysmal entries like the Phantom Menace tie-in and The Clone Wars – Lightsaber Duels, we've thankfully seen a reinvigorated fanbase with Star Wars Battlefront and Star Wars Jedi: Fallen Order.

While the God of War name was at its peak in the mid-noughties, it was Barlog's return for 2018's reboot that reinvented the name Kratos for a whole new generation. Similar to how Boba Fett was a fan-favourite laughing stock of the original Star Wars trilogy and got a new lease of life with Jon Favreau's The Mandalorian, Barlog thinks the race of masked mercenaries should get their own video game.

Should Din Djarin get a Mandalorian game?

Cory Barlog ðŸ––
@corybarlog
If someone isn't working on a great single player Mandalorian game where you play a bounty hunter flying your ship from system to system picking up bounties, upgrading your Beskar armor and getting into adventures then I really don't know what the hell we are doing here. â¤ï¸
4828
59391

Posting on Twitter, Barlog said someone had better be working on a "great single player Mandalorian game". More than just saying he hopes it's out there somewhere, Barlog even gave some ideas for how he imagines it would work. The general premise would be Din Djarin flying from planet to planet in his ship (R.I.P. in the show). As well as presumably collecting bounties on undesirables, he'd be able to upgrade his beskar armour and take on the remnants of the Galatic Empire.

Expanding on what he'd like to see, Barlog continued, "And by great single player I mean a strong focus on character development with relatable human triumphs, losses + seemingly impossible decisions to wrestle with". EA Games has promised there are more Star Wars projects on the way, however, we currently only know about a Fallen Order sequel and a LEGO Star Wars reboot.

Given the popularity of The Mandalorian, it's easy to imagine someone turning Dinsey's hit series into its own gaming giant. Then again, that galaxy far, far away doesn't have the best history with adapting its live-action projects into video games.

Will a Mandalorian game happen? 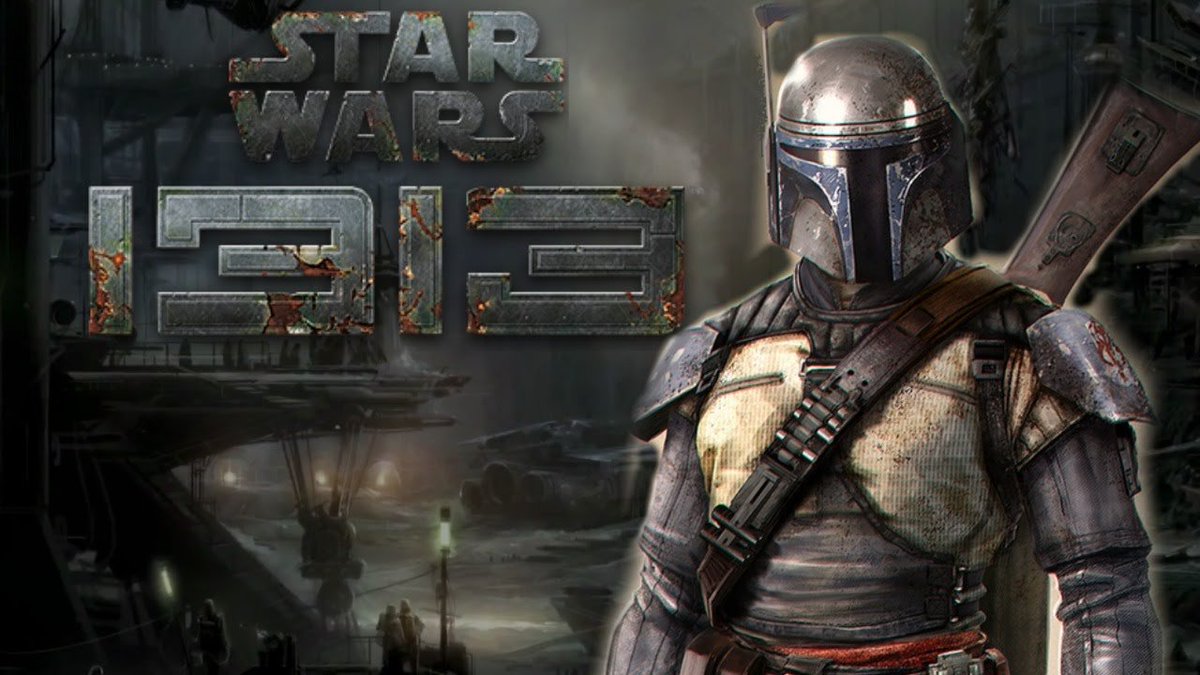 Ironically, Barlog's pipe dream caught the attention of author Celia Hodent, who reminded gaming fans that we tried this before. Those up on their Star Wars history will remember the canned Star Wars: 1313. Dropping below the surface of the planet Coruscant, 1313 was a LucasArts' game that was going to put Boba Fett front and centre for his own outing. The game was first announced in 2012 and was due to be a direct tie-in to George Lucas' live-action Star Wars: Underworld show. Unfortunately, Disney bought Lucasfilm and both projects were axed.

1313 got further than just the planning stages and even showed off some impressive visuals. It's not completely outside the realms of possibility to imagine Barlog helping pick up where LucasArts left off and finally realise the game's vision. Hey, if The Mandalorian can resurrect Boba Fett from the Great Pit of Carkoon, anything is possible. For the time being though, we're left enjoying Mando's adventures on the small screen as Favreau prepares to round off Season 2 in style.