The story of Robinhood, Roaring Kitty, and GameStop.

On January 25, something incredible happened in the stock market. Redditors from all walks of life banded together with one common goal - to buy stocks. And buy stocks they did, making history along the way. After learning that hedge-funds were planning on shorting GameStop ($GME), Reddit investors on r/wallstreetbets decided to purchase shares of the stock, which made shares of $GME rise from around $18 to nearly $450.

Frantically, hedge-funds began trying to sell their shares of the stock, as prices continued to soar. However, they were making nearly billion-dollar losses because of the price surge. That's when popular stock trading app Robinhood and its competitors decided to stop trading of $GME. Some users claimed that their stocks were being automatically sold, which many American legislators were concerned about the legality of.

Spac Guru
@SpacGuru
If you want to know what's restricted on @RobinhoodApp here it is. Looks like they are holding a grudge with @chamath #SPACs 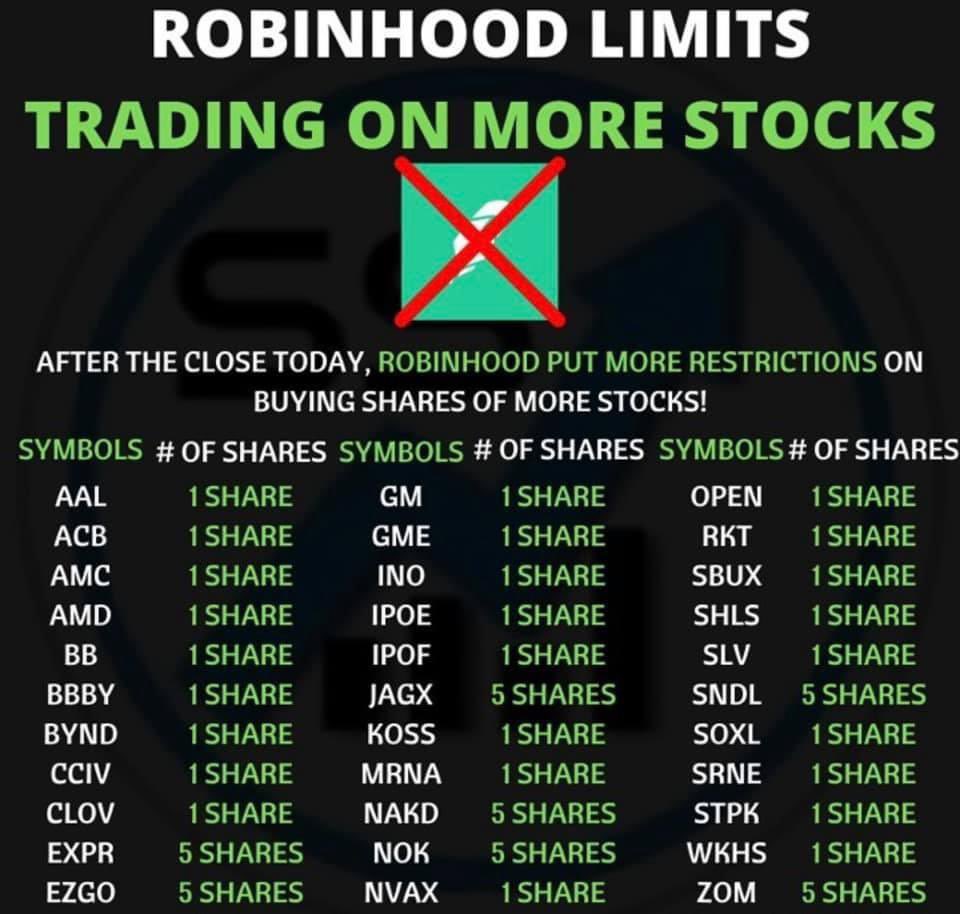 After many American trading apps stopped allowing the purchase of $GME, Redditors from all over the world began to chip in, with South Koreans, Australians, and Canadians all purchasing $GME to continue to hold while American investors could not. It was a truly unifying moment on the internet, one that taught a lot of people about the stock market.

Several weeks after $GME surged, the price of the stock now sits at $40.80 as of the writing of this article. Some Redditors are still holding their stocks, hoping to keep the price of $GME high enough to prevent other investors from shorting it into bankruptcy.

Though the stock market has seemed to cool down, the legal battle is only starting to heat up as hearings begin to discuss the legal ramifications both Wall Street and r/wallstreetbets might have to face. 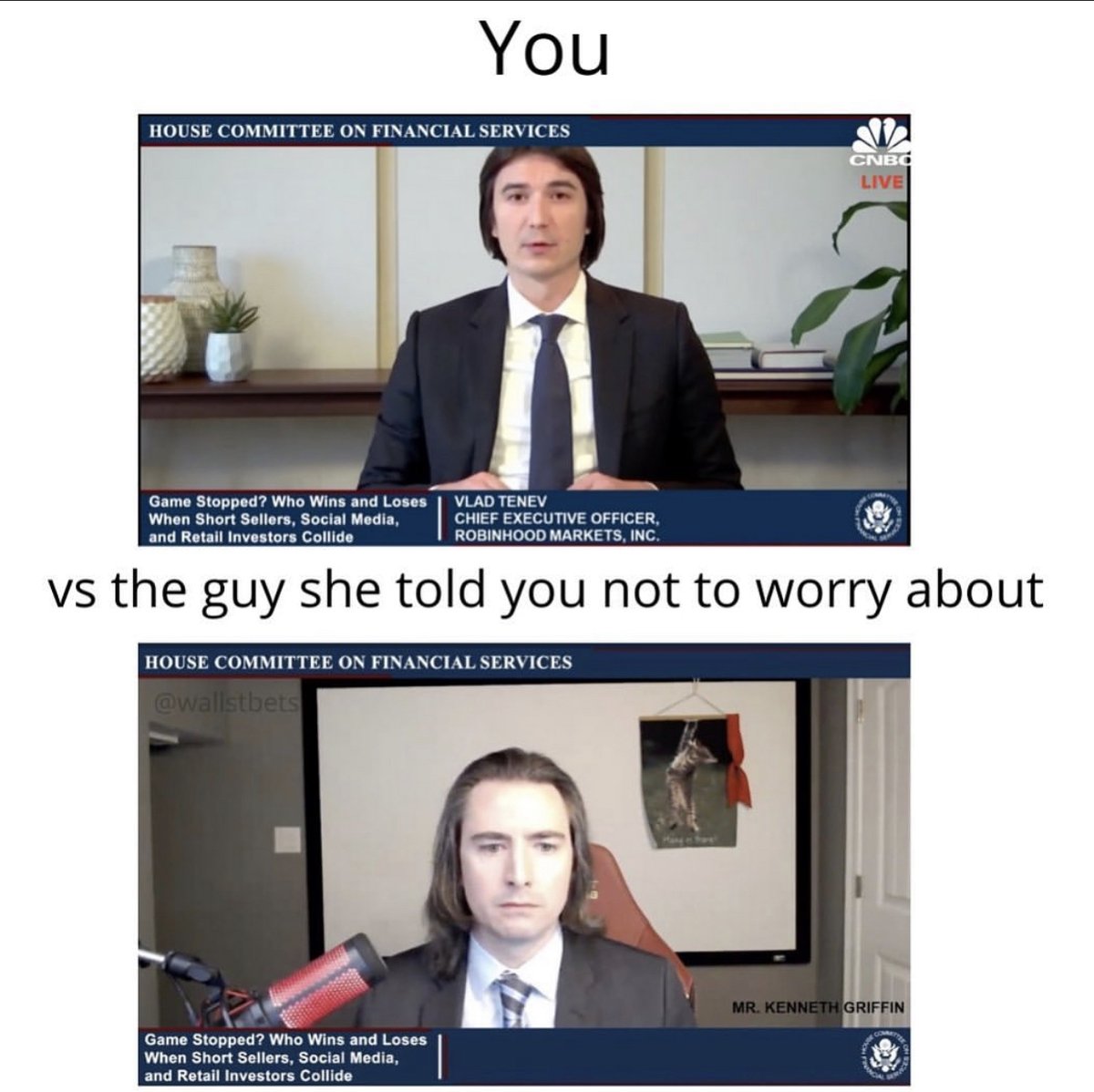 During the purge of $GME on trading app Robinhood, users on Reddit banded together to serve up a class action lawsuit against Robinhood, due to the fact that they cut their users off from trading stock, thus interfering with the market. Wall Street investors fired back, with Christian Iovin launching a $5 million lawsuit against Keith Patrick "Roaring Kitty" Gill, the supposed leader of the $GME price surge.

In the lawsuit, Iovin claims that Roaring Kitty was participating in fraud and artificially driving up $GME prices for his own monetary gain. Roaring Kitty, who is both a Redditor and YouTuber, would often make financial analysis videos in his spare time, which many on r/wallstreetbets looked up to.

Iovin states that Roaring Kitty was only pretending to be an amateur investor online to gain popularity and traction. Roaring Kitty was a former employee of Massachusetts Mutual Life Insurance, which Iovin finds grounds to sue Roaring Kitty over. According to Iovin's lawsuit, since Roaring Kitty presented himself as a layperson, rather than an analyst, more were duped into buying and trading $GME at their own expense and his gain.

This seems to be the first of many lawsuits against r/wallstreetbets, which will only continue to be revealed as the year rolls on. Until then, many are taking to the internet to discuss the core issues they found with both the hearing and with the entire $GME saga itself.

Wellscribed
@wellscribed
@Jay_Pee_Morgan I don't think he deserves a lawsuit. His "value investing" of Gamestop is well documented by streams that go further back than June of 2020.
0
1

Many internet users, even outside of Reddit, have rallied around Roaring Kitty for his calmness, presentation, and professionalism during the hearing. He was able to provide detailed responses seemingly on the fly to the members of Congress, which many on the internet applauded.

In contrast, both Twitter and Reddit criticised the lacklustre, prepared statements from Citadel, Melvin Capital, and Robinhood's CEOs. Many accused the executives of dodging the legislators' questions, all while providing long-winded excuses for their shortcomings.

In fact, a majority of internet users believe that the hearing was a waste of time, as most of the conversation hinged on payment for order flow.

Matt Fuller
@MEPFuller
It's so damn fitting that the random GameStop investor they brought for this hearing is sitting in a gamer chair, using a streamer mic, and has a little cat poster in the background that says â€œHang in there.â€
He knows his role here is to be a meme, and he nailed it. 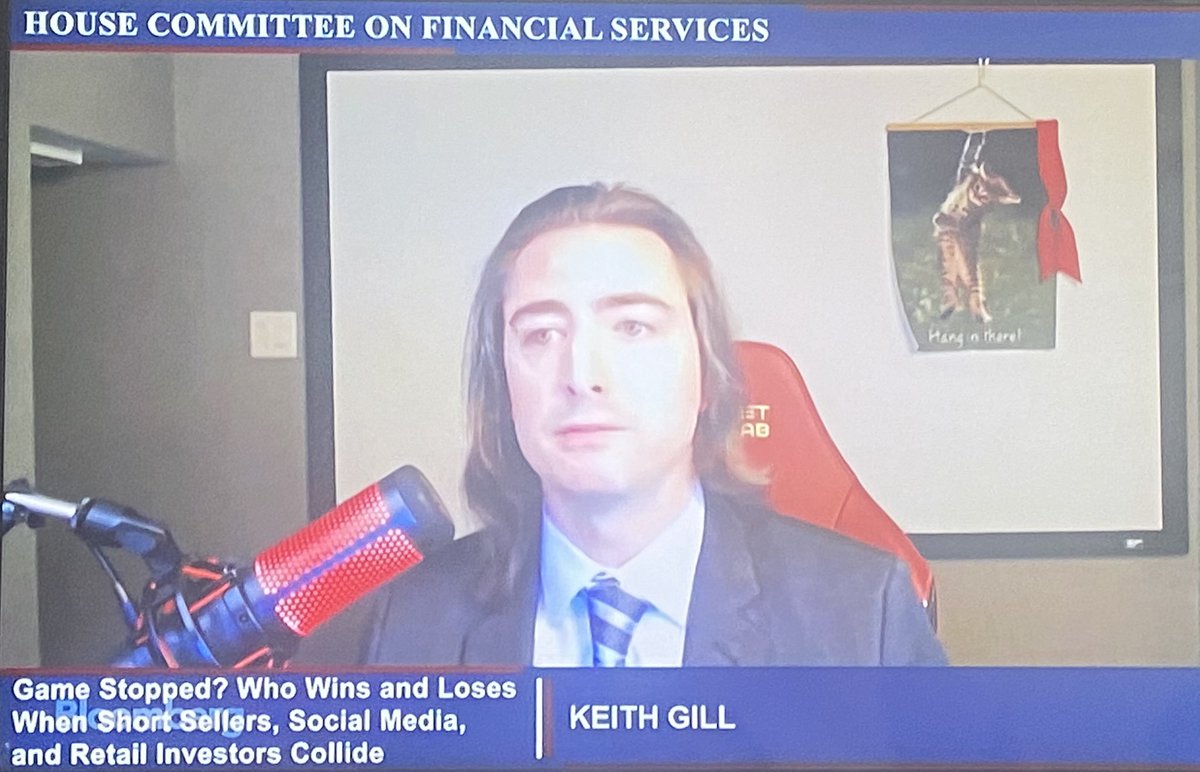 Many of the legislators in the hearing, however, did seem to agree that the public should be allowed to trade stocks at their own discretion. A California Representative, Brad Sherman, added that zero-commission trading apps like Robinhood create an environment where "you're the product," as only market makers have a say in which direction the stocks will go.

The internet was happy that at least the legislators were on their side, for despite the lawsuits, they felt that the hearing was an overall win for r/wallstreetbets. Fans of Roaring Kitty were proud to see him speak so eloquently despite the stakes against him. Viewers also appreciated the jokes and cryptic references behind him during the Zoom hearing.

Katharine Bono, I am a Kat
@katrane
He just said, "I'm not a cat," to the House Financial Services Committee hearing on #GameStop
Love the Twitch-like setup 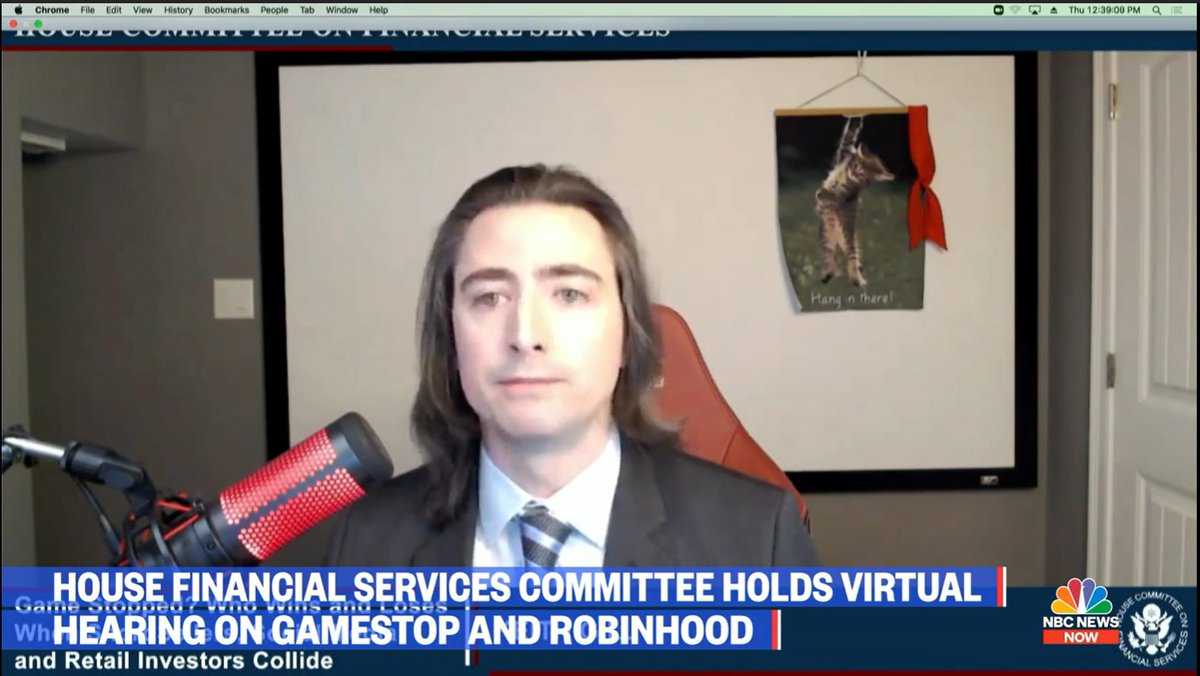 On the wall behind his chair was the signature red headband he'd wear in YouTube videos, draped around a small poster of a kitten hanging from a tree with the text "Hang in There!" printed below. Redditors thought this was an extremely tasteful reference to hanging onto shares of $GME, which many have continued to do to this day, despite significant share loss.

Many thought that the inclusion of these two little details contrasted greatly with Roaring Kitty's professional attire and demeanour, which drew the internet to them even more. Many believe that these small inclusions show that Roaring Kitty believes in the Reddit community, and is confident that the hearings will go smoothly.

Austin
@GiefHoward
"You made a play that shook the league. What drove you to come up with such a plan that others thought to be crazy?"
"I've been playing for years. I had an idea and evolved it over time. In short, I like the game." #GameStop #GameStopHearing 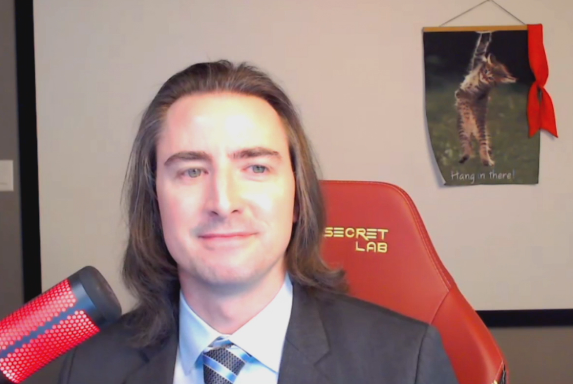 Others have been cluing into what he had said during the hearing.

Perhaps one of the most famous lines from the hearing came from Roaring Kitty when he stated, "I am not a cat, I am not an institutional investor, Nor am I a hedgefund."

Both of these quotes have risen to memetic fame amongst both Twitter and Reddit, as users marvel at Roaring Kitty's presentation and his subtle, yet professional humour.

Despite the $5 million lawsuit pitted against him, Roaring Kitty and his fellow Redditors seem optimistic about the direction of these hearings. The gaming community at large is continuing to keep tabs on these supposed final chapters of the $GME saga, hoping that they will only bring success in the direction of r/wallstreetbets.