Sucker Punch Productions could be working on a 'spectacular multiplayer game' that might (or might not) be set in the Ghost of Tsushima world.

Sucker Punch Productions isn't wasting any time in capitalising on its success from Ghost of Tsushima. While Sucker Punch was once known for the Sly Cooper and Infamous games, nothing prepared the developer for Ghost of Tsushima swinging its samurai sword to the top of the charts with a trip to feudal Japan. Players have been asking the long-running Assassin's Creed series to head to this period of history for longer than we care to remember, but seizing its chance, Ghost of Tsushima got there first.

Ghost of Tsushima has sold over 6.5 million copies, and with it receiving critical acclaim, talk has obviously turned to a potential sequel, spinoff, or return to this brutal world. The main game wasn't the end of the road, thanks to Legends releasing as a multiplayer mode for the campaign. There was also a raid added as a final post-launch release for Legends. Although Legends only allowed up to four players to compete, a new Sucker Punch job listing claims the developer is working on a "spectacular multiplayer game".

What is the new multiplayer game?

Benny Rietveld
@BennyRietveld
And speaking of #GhostOfTsushima , I've finished every. single. tale. Now I have no choice but to finish Act 3! It's so crazy how it's really difficult for me to want to do that! Hurry up @SuckerPunchProd, is the sequel ready yet?ðŸ¤£ I know, I know, Legends... but not the same! 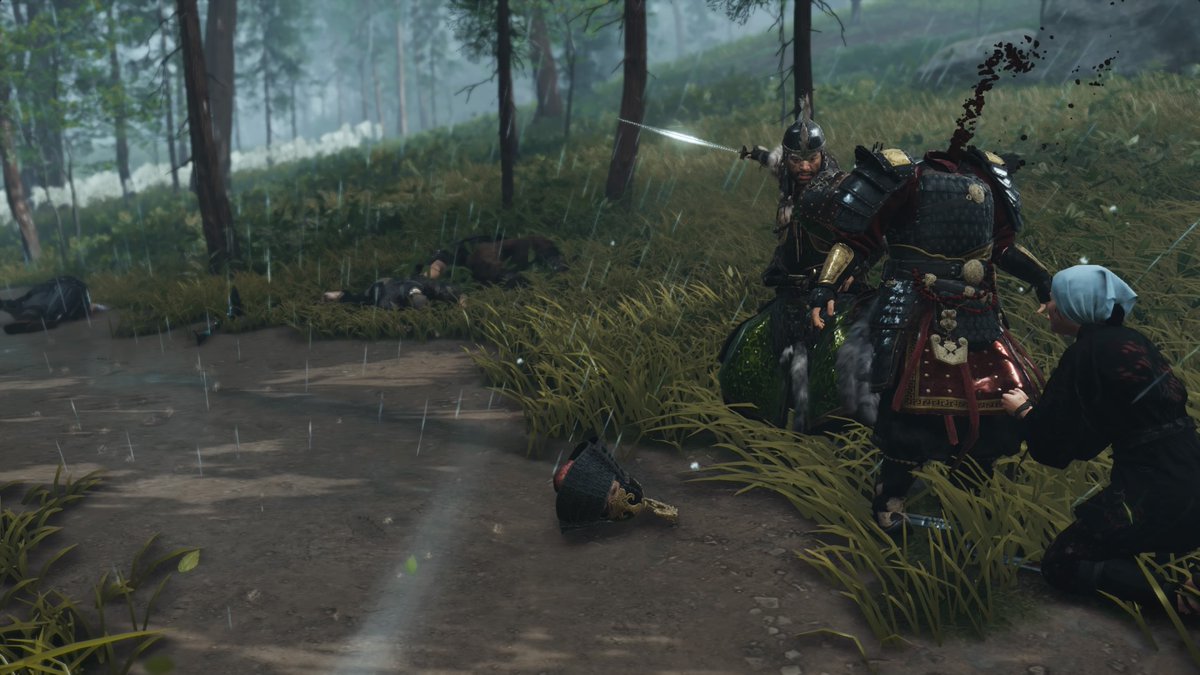 The official Sucker Punch job site is looking for a Multiplayer/Network Programmer. The successful candidate will join the team in Washington, while the description reads, "Our talented multiplayer designers create awesome game team experiences, and you’ll be pivotal in bringing that creativity to life in a spectacular multiplayer game". There are no further details about what this "spectacular multiplayer game" is, meaning fans are left in the dark for now.

It's also unclear whether the new game will be PvE or PvP, and whether it'll be something along the lines of a battle royale title to cash in on the success of Fortnite, Call of Duty: Warzone, and all the rest. Considering games start employing staff years before their release, don't expect this mystery title to arrive soon. We also don't know if the project is completely greenlit, or it's just an idea Sucker Punch is toying with. Still, it's an exciting prospect that we could see a proper multiplier game from the developer, instead of just a tacked-on mode.

Is this a Ghost of Tsushima multiplayer game?

ðŸ¦š
@bloodmotif
this is incredibly stoopid but i just realized that ghost of tsushima movie isn't going to be released for at least another 3 years or so. and same goes for the game's possible sequel. that being said. do i really have to keep breathing for this afdhdhfjjf

The job listing comes off the back of Sucker Punch's job page exploding with potential. In October 2020, the developer was looking for a writer with a "desire to write stories set in feudal Japan". Earlier this year, there was the mention of a possible Ghost of Tsushima game for the PlayStation 5 thanks to a dev's post on LinkedIn. That could be a full next-gen overhaul of the first game or a wholly new entry.

With the Infamous series being stagnant for a few years now, there's obviously the option of Sucker Punch returning to fighting the Department of Unified Protection. Across its history, the studio has largely handled IPs that have multiple entries. Whatever is going on, it doesn't sound like Sucker Punch is ready to leave this world behind yet - which makes a lot of sense. Considering a live-action Ghost of Tsushima movie is also on the way, everything lines up neatly that another game is out there somewhere. Sucker Punch's last release before Ghost was Infamous First Light, so we hope it's not another five years until we get another game.