The game's experimental nature has divided Fortnite fans once again

Fortnite Season 6 dropped on March 16, taking the gaming world by storm. A monumental reaction is typical for Fortnite. With over 350 million registered players, the game is one of the biggest of its kind. When the game updates or enters a new season, it's always a big deal in the gaming community. New content is such a big deal in Fortnite that nearly everyone gets involved. Players and streamers that have previously dropped the game will even come back to play any new season content. Even people that don't play Fortnite tend to know when a new Fortnite season drops.

Season 6 was obviously no exception, from Lara Croft, new weapons, Peely exploding, and wild animals, there is a lot to be excited about in the new season. However, not everyone feels the same way about this new season. This seems to be one of the most mixed seasons in Fortnite's history, with people either really loving it or really hating it. Most people enjoyed the storytelling in the opening segment. Directed by the Russo brothers, this scene was three minutes of excellent cinematics and storytelling. Many Fortnite fans thought that this sequence was just the right amount of story and creativity, which made them even more excited for the coming season.

People weren't critical of this new season for the opening cutscene, however. many were more upset that snipers were still vaulted, features were missing, or the season wasn't engaging them. Fans took to Twitter to voice these concerns, hoping that someone at Epic Games would take notice for the next season.

helios
@heli9s
@FortniteGame On behalf of the whole Fortnite trickshot community, please bring back snipers to casual gamemodes and keep them vaulted in competitive. Makes the game enjoyable for everyone!
25
416

Epic Games' tweets from the past few days are littered with a mixture of both pessimism and optimism in the Fortnite community. Although not as bad as the pessimism from Chapter 2 Season 3, the Season 6 reactions are oddly mixed. Some people have been referring to Season 6 as both a masterpiece of writing and gameplay, whereas others make the typical Fortnite criticisms.

Fortnite has always generated at least a little bit of controversy with its new seasons. This is inevitable, especially considering the sheer scale of the game's audience. With such a huge player base, it makes sense that there will always be divisiveness in the Twitter replies and YouTube comments of Fortnite content. Fortnite's audience is one of the widest in gaming, featuring both casual and professional players, each with wildly different playstyles and preferences.

Krayex
@KrayexYT
@FortniteGame Only 3 map changes ðŸ¤¦ðŸ»â€â™‚ï¸ no tilted, no shifty, no loot lake and also no lucky landing ðŸ¤¦ðŸ»â€â™‚ï¸ also only the pump has been unvaulted ... what q disappointment ! We barely get any mal changes in season 5 and not even in season 6 something big happens ...
3
427

A few exciting things are coming for this new season, which even has the most sceptical fans a bit excited. Epic Games themselves have teased dinosaurs for later in the season. There is a lot of hype around this new addition to the season, with many wondering if they will act as the cars did in the Season 3 Joyride Update.

ShiinaBR - Fortnite Leaks
@ShiinaBR
Dinosaurs/Raptors will be coming to the game in the future!
This information was sent to @FrenzyLeaks earlier today from a source that has given accurate information in the past.
There is also some unused text in the game files that further proves the existence of raptors!
190
3751

Another feature that many people are starting to get excited about is the potential re-addition of hoverboards to Season 6. Popular Fortnite leaker Mang0e uncovered this secret in the game's source code. Although this is just a leak and not necessarily canon, many gamers are excited about this potential new update. Hoverboards were a popular feature from older seasons of Fortnite, which were taken out to make way for new features.

Many players were upset by this decision, voicing their opinions online. If Epic Games chooses to bring this feature back, then they just might be taking fan complaints and critiques into consideration. This means that, eventually, features that fans miss, such as sniping in competitive or vaulted weapons, might return in later seasons. 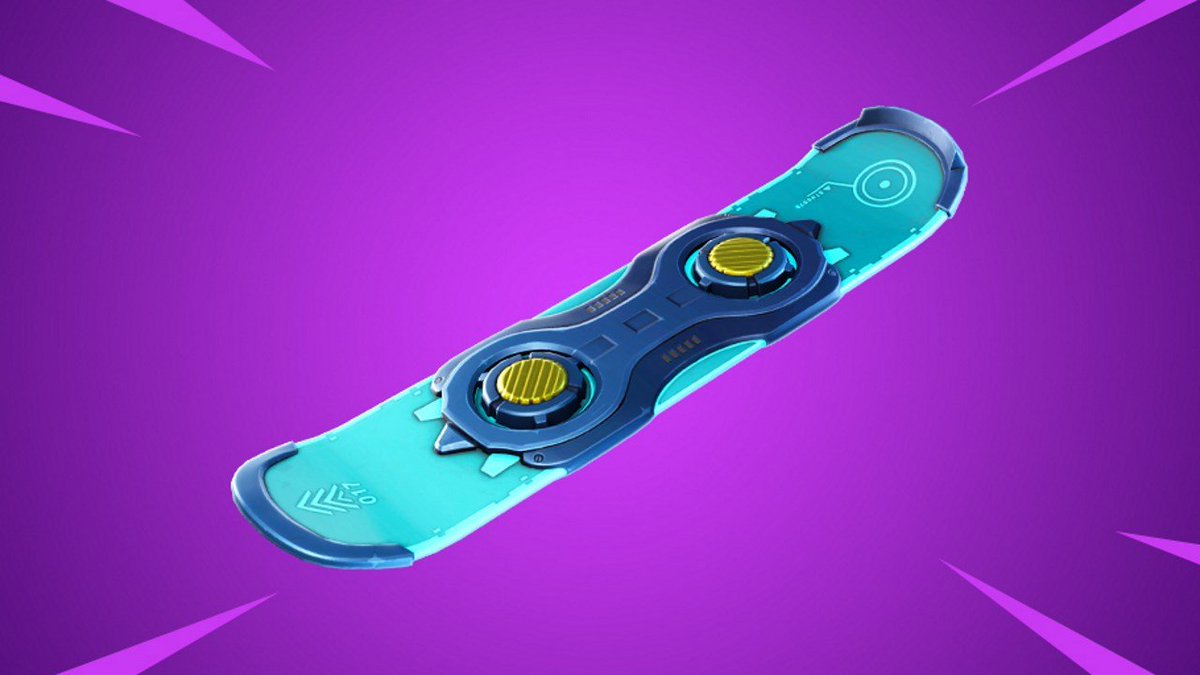 These decisions make sense in light of Fortnite creator Donald Mustard's comments about Fortnite's experimental story. In an interview, Mustard basically confirmed that Fortnite is an experimental work, and its team is trying a bunch of new ideas and features out to see what tests the best with players.

Donald Mustard
@DonaldMustard
Spoke with @A_Webster a bit about the philosophy and process we've developed for Fortnite around â€˜conceit, context, and narrative'... and about some of our wild ambitions :)
190
3461

Looking at the game with this perspective makes the mixed reception of prior Fortnite seasons suddenly make a lot more sense. Since Epic Games are using Fortnite as a testing realm for digital innovation, it would make sense that fans might not enjoy all the content the development team pushes out. This is why features tend to come and go from Fortnite gameplay; the core game stays much the same, but content continually shifts.

While this might not be to every player's liking, it allows Epic Games to have significant freedom over what they can put in each new season. Rather than sticking to one formula and simply adapting, Epic Games can experiment with new styles, weapons, and gameplay elements.

Unfortunately, this is not enjoyed by many Fortnite fans, who miss certain features that were removed from the game due to the development team's experimentation. In a game of this scale, however, it seems to be more important to keep general interest in the game than keep certain aspects of the gameplay.

While not everyone seems to enjoy Fortnite's new season, one thing is absolutely certain- the game has been trying a lot of new features out, meaning that Season 7's reveal is going to be completely unexpected. Fortnite's team likes to try new things, and while that might not be to the liking of every fan, it helps keep the game relevant in the gaming community. Fortnite will continue to grow, and with that growth will come plenty of new features, hiccups, and additions to the story. Even if they receive a lukewarm reception to a season, the Fortnite team will keep changing things up and growing their in-game world. Season 6 is only the beginning.