New Fortnite leaks show off a mythical weapon called the TinStack, which looks like it would add an air raid ability to Epic Games' battle royale favourite.

We're diving deep into Fortnite once again, and this time, there's a leaked weapon called the TinStack. By the looks of it, the TinStack would bring air raids to the Fortnite map and be one of the most potentially overpowered weapons out there. In terms of explosive arsenals, the likes of the Dragon Breath Shotgun and Rocket Launcher offer plenty of bang for your V-bucks. In the past, weapons including the Pumpkin Launcher, Kit's Shockwave Launcher, and Quad Launcher have all blown the competition away, but even these pale in comparison to a fiery assault from above

Back in the day, who could forget the devastating damage an air raid could cause in Worms? Although the TinStack wouldn't see a fleet of fighters fly over the map and decimate your enemies, it still has the capability to drop some serious firepower on your rivals and help you get one step closer to Victory Royale. Over the first 15 seasons, there have been a number of OP weapons that have been pulled, with planes being scrapped early on, the B.R.U.T.E. mech-suits being sent to the scrapyard, and guided missiles also being axed.

What is the Fortnite TinStack weapon?

Posting on Reddit, u/ximton shared footage of the TinStack in action on the Fortnite Leaks subreddit. As you can see, the TinStack fires a cache into the air and watches it explode like a firework. The various explosives then fall to the map as an explosive airstrike. Even though the area looks to be confined to a reasonably small circle, there's still a high probability you'd be caught in the TinStack's hot zone. On the surface, the TinStack looks like a simple minigun that fires explosive artillery, however, ximton found another feature where you can turn the ammo into an airstrike.

Those who've stuck with Fortnite for a while might remember Chapter 1 Season 9's Airstrike Grenade. The TinStack seems to work in a similar way, but packing more of a punch and more ammo. Remembering when you were able to fire gnomes and goblins is proof Fortnite has had plenty of weird and wacky weapons. However, few look like they'd be as potentially OP as the TinStack. Unfortunately, there's no further information on what happened to it. Some suggest it was merely part of the developer's playtesting and was never designed to make it onto the map.

Pedro Peres
@ggpedroperes
Now, the cherry on top, the Motherlode. This ultimate rains fire on Fuse's enemies, especially indoors, and has a pretty short cooldown.
The Motherlode creates a ring of fire around an area and forces enemies to make a tough choice--stay and get shot at, or run and take damage. 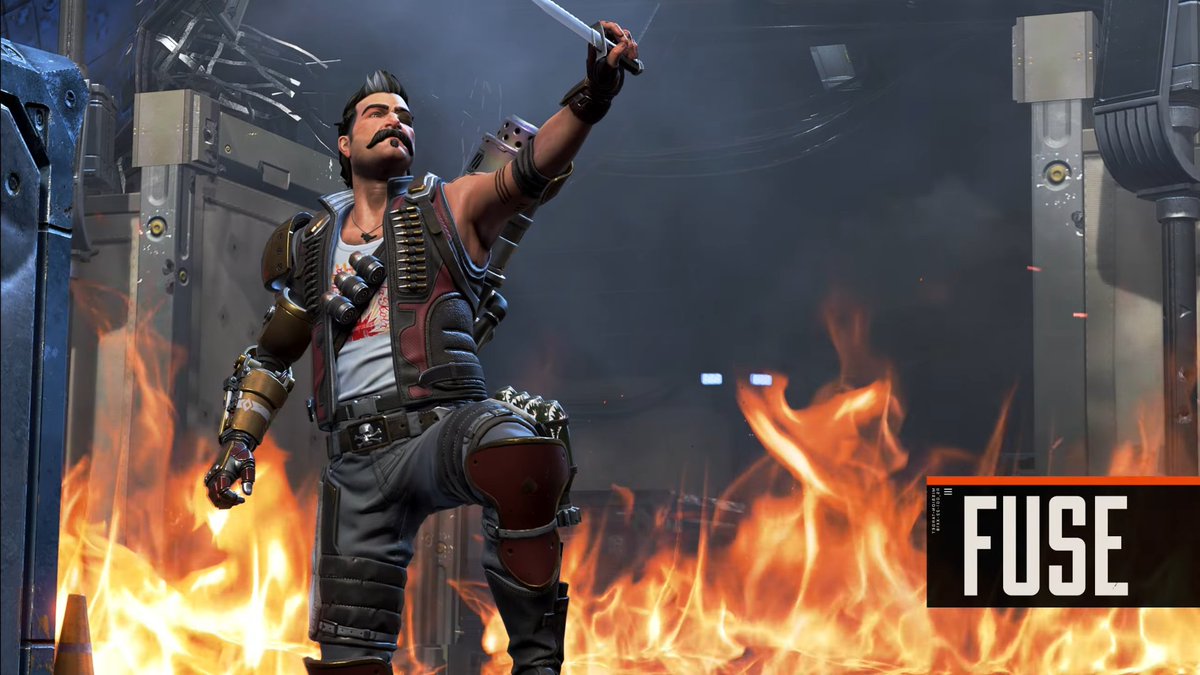 Players quickly jumped on the discovery and called out a comparison between the TinStack and the recent introduction of Fuse to Apex Legends. Season 8 of Respawn Entertainment's shooter brought the explosives expert to the growing roster of Legends, and includes an Ultimate ability known as the Motherlode. Discussing the similarities between the two, one player wrote, "So what's our timeline here chief? Fuse teased in Apex, Fuse Ultimate in Fortnite, Apex Season 8 comes out, Fuse ultimate releases in Fortnite???". Another added, "Fuse ultimate [embaraased emoji", while a third joked, "This gets into the game- Haters and dumbasses: thEy cOpIeD ApEx aGaIN".

Of course, there have been critiques that Fuse's Ultimate is pretty easy to run away from. The TinStack looks like it could wipe a whole squad if used properly. Added to this, we can easily see a TinStack tearing through those annoying builds that players hunker down in as the Final Circle closes in. There's no timeframe on when the TinStack is from, but it's likely just a coincidence that the weapon has been leaked so close to Fuse's arrival. Ultimately, it doesn't look like the TinStack is on its way, meaning this is just another dream weapon that's confined to the Fortnite lockers of what could've been.