Polish your Back Bling and pick out your best skin because Fortnite is about to get a major update for Nintendo Switch. With the ongoing lawsuit between Apple and Epic Games, it means the idea of taking Fortnite on the move with the Nintendo Switch is a lucrative one. Unfortunately, the Switch's graphical capabilities are a little fuzzy around the edges when compared to the likes of the souped-up PlayStation 5 and Xbox Series X/S. Thankfully, Epic is working on this.

While we're well on the way to climbing up the Battle Pass of Fortnite Chapter 2 Season 6, there's still plenty to uncover. Only recently, we saw the addition of some Jurassic Park-inspired Velociraptors to the party, which can be tamed as a deadly sidekick to help you claim Victory Royale. Alongside this, we're expecting the usual drop of a secret Battle Pass skin that might have something to do with the upcoming DC Comics crossover. With so much going on behind the scenes, it sounds like Epic isn't leaving Switch players behind as things gallop forward.

What does the Fortnite Switch update include?

Fortnite
@FortniteGame
For all of our Nintendo Switch players, we'll be releasing an update that will enhance your experience on the platform.
Improved resolution âœ…
Consistent framerate âœ…
Smaller game size âœ…
Read more here:
1524
16184

Posting on the official Epic site, the developer confirmed the Switch version of Fortnite is getting a boost. It would be unfair to brand this as a much-needed upgrade, but still, it's great that Epic is continuing to tweak our gameplay experience. Firstly, the Fortnite Switch update will boost resolution from 1000x560 to 1170x660 when in handheld mode and 1390x780 to 1560x880 when docked. Hyping the upgrade, Epic confirms it's a "38 percent increase in pixels in handheld mode". There will still be some dynamic resolution to make sure there's a consistent frame rate, but on the whole, it should be a lot less than previously.

If that wasn't enough, the upgraded Switch version will take up less space than it used to. While the overall file size is 11.2GB, a reduction of around 140MB isn't much but is still a start. It's no secret that the Switch isn't exactly packing in the storage department. Despite microSD cards being cheaper than ever, it's great that you'll be able to squeeze a bit more out of your Switch's internal storage.

What else do we know about the Fortnite Switch update?

Nintendo of America
@NintendoAmerica
Gear up in style with the Joy-Con Fortnite Fleet Force Bundle, available June 4! Includes a uniquely designed yellow Joy-Con and blue Joy-Con, 500 V-Bucks & a download code for in-game cosmetics.
And be sure to drop into the new @FortniteGame Season starting tomorrow, March 16! 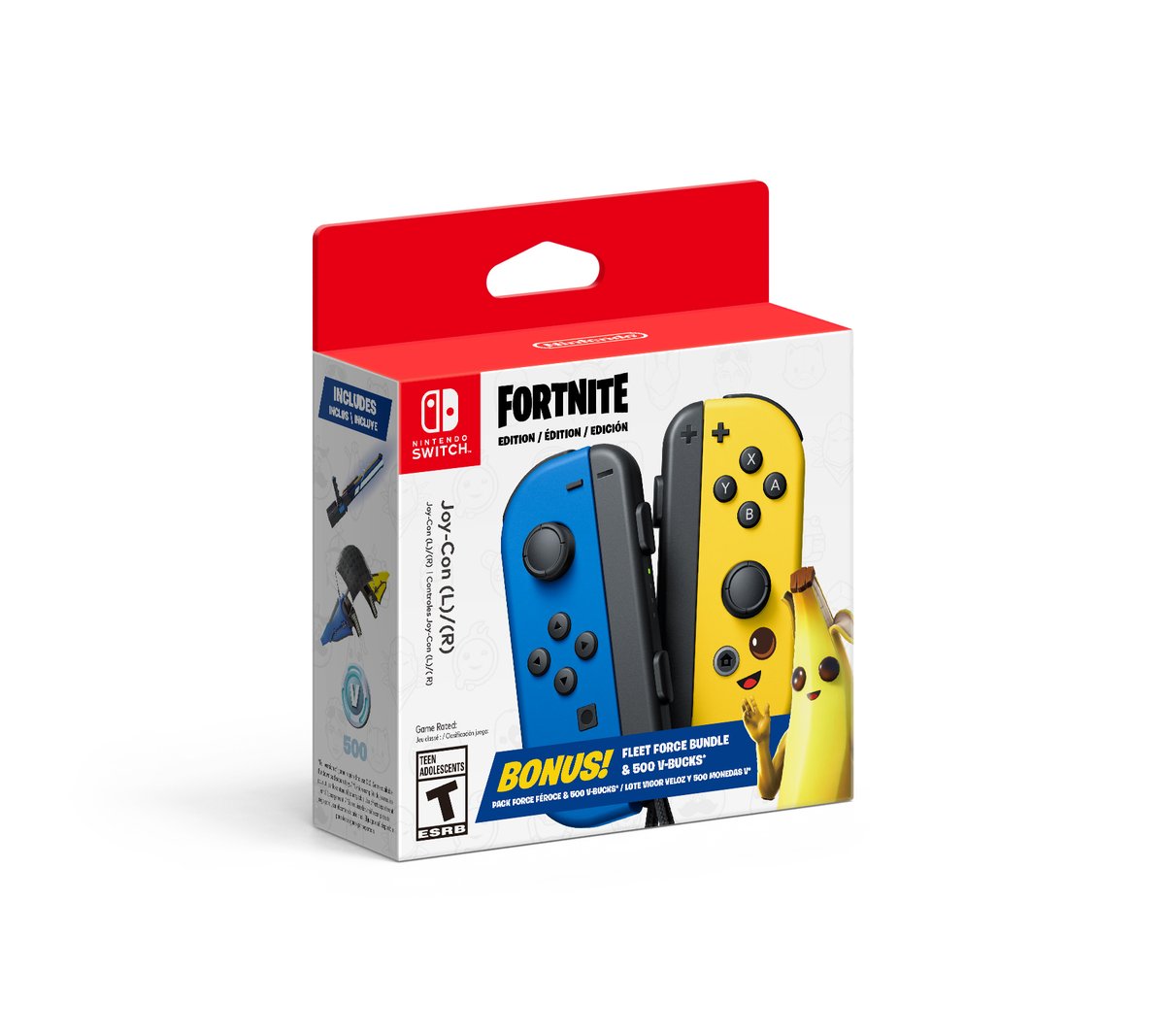 Sadly, you still won't be able to play Fortnite in 4K like you can on rival systems. There are swirling reports of a Nintendo Switch Pro that could apparently compete with the competition and boast 4K, but until the gaming giant gives the nod, we're left guessing. In general, the Fortnite Switch update promises to sharpen up the map and make everything run a little more smoothly. An example from Epic shows how the detail on tree leaves looks much sharper after the update. Although it only seems small, it's enough for hardcore gamers to notice.

Since Fortnite's release on the Switch in June 2018, Nintendo has done its best to keep up with the other versions. The cartoony nature of the battle royale favourite goes hand in hand with Nintendo's usually family-friendly image, which has even led to a collab with some Fortnite Joy-Cons. As Fortnite on mobile continues out for the count thanks to Apple, owning a Switch is currently your best bet to take the game with you wherever you go. With this in mind, it makes sense that Epic is doubling down its efforts to make sure Switch players feel like they're part of the Fortnite family.