Ali 'SypherPK' Hassan claims there are three pay-to-win skins you can buy in Fortnite to help players claim victory in the battle royale brawler.

The debate around Epic Games' Fortnite being pay-to-win has once again reared its head. While the ever-expanding wardrobe of Fortnite skins are supposed to be there to have you looking your best without actually affecting gameplay, pro player Ali "SypherPK" Hassan claims there are three that can help you secure a win in the hotly contested Battle Royale mode. By buying these skins, it effectively makes Fortnite a controversial play-to-win title.

When it comes to Fortnite skins, everyone has their favourite, and let's remember some are rarer than others. Whether you want to jump off the Battle Bus as Raven or Midas, we've also seen crossovers with pop culture adding everyone from John Wick to Stranger Things' Chief Jim Hopper.

Following a tonne of Marvel skins coming with Chapter 2 Season 4, the new Season 5 has added everyone from the Mandalorian to Master Chief, God of War's Kratos to Black Panther. There's even a half-man/half-pancake hybrid called Mancake. So, which skins should you be looking out for?

Fortnite pay-to-win skins: What are they?

According to SypherPK, you should splash the cash to buy Lt. Evergreen, Crackshot, and Mystique. While the first two festive ones make sense given the sprinkling of snow the map has faced, the Mystique skin could have more long-term benefits. Each of the three "pay-to-win" skins will need a specific location and emote to work in your favour, but used right, they can earn an easy win.

First up, take this festive friend to Salty Towers and find the blue house with the giant Christmas tree. After looting everything you want from the house, go underneath the tree and behind the trunk. Using Evergreen's Light-Up emote, you can blend into these seasonal surroundings and pick rivals off without them spotting you.

Up next, make the most of Crackshot at his Prickly Pose emote to blend into the background of Lazy Lake. Find the house with two Crackshot statues in front of it and smash one. Using Crackshot's emote, players can replace the statue and lurk in the shadows ready to pounce. It's not perfect because it leaves you particularly exposed, but still, a shocking number of enemies simply run right past this chameleon character.

Last, but by no means least, that fan-favourite Marvel madame has another use. In Season 4, Mystique's emote was a cute middle finger to those you'd just killed. Now, it can be used to pick off unsuspecting players. Activating Mystique's Shapeshifter emote, you can take the form of Snowmando and masquerade as the frosty foe.

Find the real Snowmando near the bottom right of the map and take him out. Use Shapeshifter to turn into him, then add a small shield potion to make it look even more authentic. It's then a waiting game until others come by thinking you're the usually harmless NPC - not suspecting the nasty surprise that awaits.

Fortnite pay-to-win skins: Are there more? 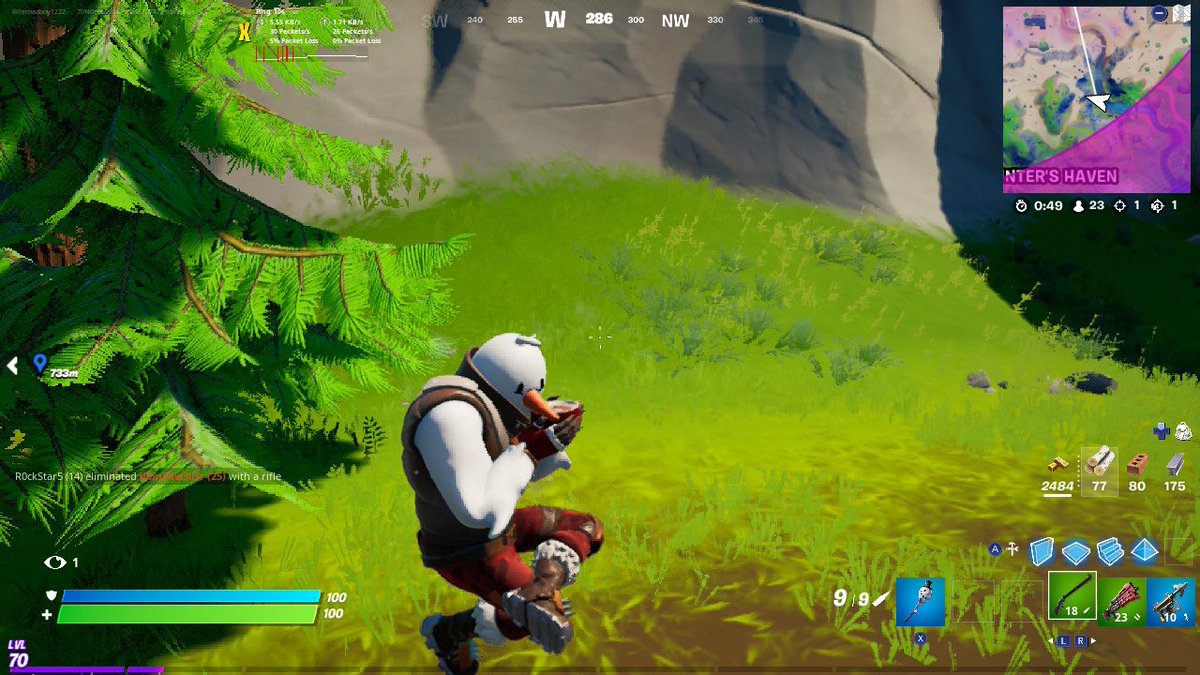 All of the above are far from perfect ways to claim first place - especially with Mystique's Shapeshifter emote only lasting for a short period of time before she changes back. Still, there are sure to be those who make the most of the three pay-to-win skins. It's interesting that we haven't thought about this before. As it stands, it's just these three that seem to be pay-to-win in Season 5, but it's great that SypherPK has done the hard work for us.

Now that we've told you how to use the skins, expect everyone to be a little savvier as they go around smashing every Crackshot statue and hacking down every Christmas tree in case they're a rival right before their eyes. Epic also won't be happy about using the above exploits in competitive competitions, so we're guessing the workaround will soon be patched out. Well, 'tis the season for fair gameplay.