A new Fortnite leak hints that Galactus is about to loom large over the skies of the Chapter 2 Season 4 map.

Fortnite fans are encouraged to look to the skies because it looks like the arrival of Galactus is imminent as we head toward Chapter 2 Season 4's endgame.

Long before the Marvel-themed Season 4 even kicked off, it's important to remember Epic Games was queuing Galactus up as this season's big bad. It's a tall order considering this is a season also been packed with villains like Mystique and Doctor Doom.

The whole arc of Fortnite's latest season was Galactus searching for more worlds to devour while sending Thor and other Marvel giants to explore the map. Galactus' motive is to see if this strange realm is worthy of domination. While later additions like the Silver Surfer, Blade, and Daredevil have also joined the party, players have been looking out for Galactus himself. Now, he's making his next move in this giant game of cosmic chess.

FireMonkey • Fortnite Intel 🎄
@iFireMonkey
A image of Galactus getting closer will eventually be visable in the Fortnite sky.
Codename: "Distant Object 2" 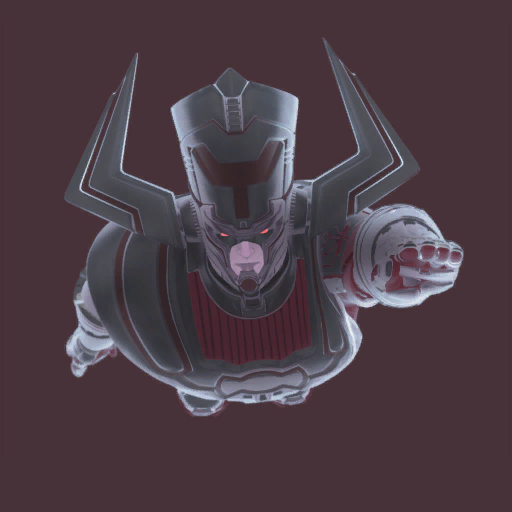 More than ever, Epic Games has kept the Fortnite content coming in Season 4. As spotted by iFireMonkey, Galactus is edging closer. The item is codenamed “Distant Object 2”, but it's clear this is the shadowy outline of Galactus.

Alongside more and more boss battles - as well as the "Marvel Knockout Super Series" bringing four new Marvel favourites to life in-game - Galactus will still have a big part to play. The respected dataminer promised that Galactus will soon be visible in the sky.

When will Galactus come to Fortnite?

The Fortnite v14.30 update tweaked the map slightly, and if you look up, the pinkish visage of Galactus can be seen a little bigger. It fits that with the plan that each new update from now until Galactus' arrival will see him loom larger in the night's sky. Expect him to land some time after the Fortnitemares event. Even though Galactus is terrifying to some, he doesn't exactly fit with the horror theme of Epic's Halloween spooktacular. Bearing in mind we're currently in Week 7 of a 10-week schedule, there isn't long left to send Galactus hurtling toward us all.

What does Galactus' arrival mean?

The official name of Season 4 has been "Nexus War", teasing we'd eventually have to draw battle lines and face-off against someone. What Galactus is up to remains to be seen, however, wild theorists think we could be facing a cataclysmic series of events on a par with Season X's "The End".

We could get a whole new map or possibly even the return of the OG map through the various rifts that have been opening throughout the season.

Elsewhere, let's remember Tony Stark has been retrofitting the Battle Bus to possibly tackle interdimensional travel, meaning something big is clearly on the horizon. Either way, the big bad of Season 4 is ready to blow our minds (and possibly the map) to smithereens when he crash-lands in Fortnite.